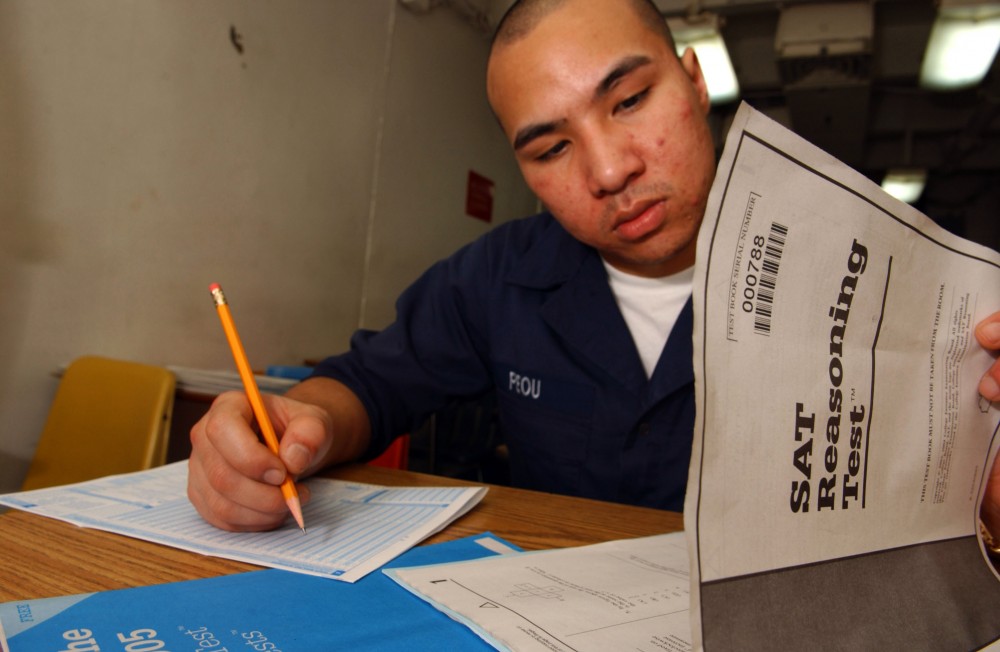 The National Association for College Admission Counseling recently conducted a study of the effectiveness of test-optional college admittance policies. The study found that “if an institution is interested in increasing its diversity, a test-optional admission policy can provide a valuable tool.” The University of Maryland should consider adopting a similar policy if it truly wants to be an institution dedicated to providing accessible education to students from all walks of life.

Test-optional admittance policies persuade financially disadvantaged students to apply for schools they might have been deterred from due to low standardized test scores. This may seem like a counterintuitive move — it would allow less qualified students to attend schools they otherwise wouldn’t be able to attend. But standardized test scores aren’t a perfect measure of qualification.

Students who retake the ACT tend to see their scores increase, as they become more familiar with the niceties of the test. An admissions process that heavily weighs ACT scores thus incentivizes students to take the test multiple times until they’ve gotten a score that will pass muster. But with the price of a single ACT test with writing at $62.50, retaking it quickly adds up, along with all the other expenses of applying to colleges, such as transcript and school application fees.

This financial burden disproportionately favors those who can easily afford to retake an already-expensive test. Plus, students in the position to retake the SAT or ACT may also have access to costly preparatory classes or instruction that would help raise their scores — resources that financially disadvantaged students would likely be unable to afford.

Changing the testing policy for admission is about more than just financial fairness. A shift in policy would reflect the stated goals of this university when admitting students. According to the undergraduate admissions webpage, the sole purpose of this university’s admission process is “to identify applicants, who as individuals and as a group, will enrich and benefit from the campus learning environment and the entire student body.” This means prospective students aren’t admitted solely because of their test scores or GPA, but rather because of all the components of their application. Changing the application process to test-optional would reflect this holistic weighing of an applicant’s portfolio and make the playing field more level for all applicants — at least as much as possible.

Of course, test-optional policies alone won’t solve our problems. The study points out that to truly create diversity, financial aid awarded per capita needs to be on the higher end. This makes sense — as noted, wealthy students can capitalize on the structure of standardized tests, which means a test-optional policy will advantage those who frequently have greater financial need.

According to College Board, this university awards an average financial aid package of $11,813, better than only Penn State among Big Ten schools that have data listed. At the other end of the spectrum, Northwestern University awards an average $50,668, meeting 100 percent of demonstrated financial need, and the University of Michigan averages $27,050. It’s obvious this university needs to increase financial aid awards in conjunction with a test-optional policy, both to generate more diversity and to elevate our status within the conference.

There will never be a way to entirely eliminate the advantages some applicants have over others, but switching to a test-optional policy would be a good start. This university shouldn’t be afraid of embracing new ways of evaluating prospective students—now is the time to try different things and strive for a more diverse student body. Extending opportunities to those who have been deprived of them in the past helps fulfill a cardinal goal of education: that it should be for all, not a select few.

Caitlin McCann is a sophomore communication major. She can be reached at caitlinmccann32@gmail.com.