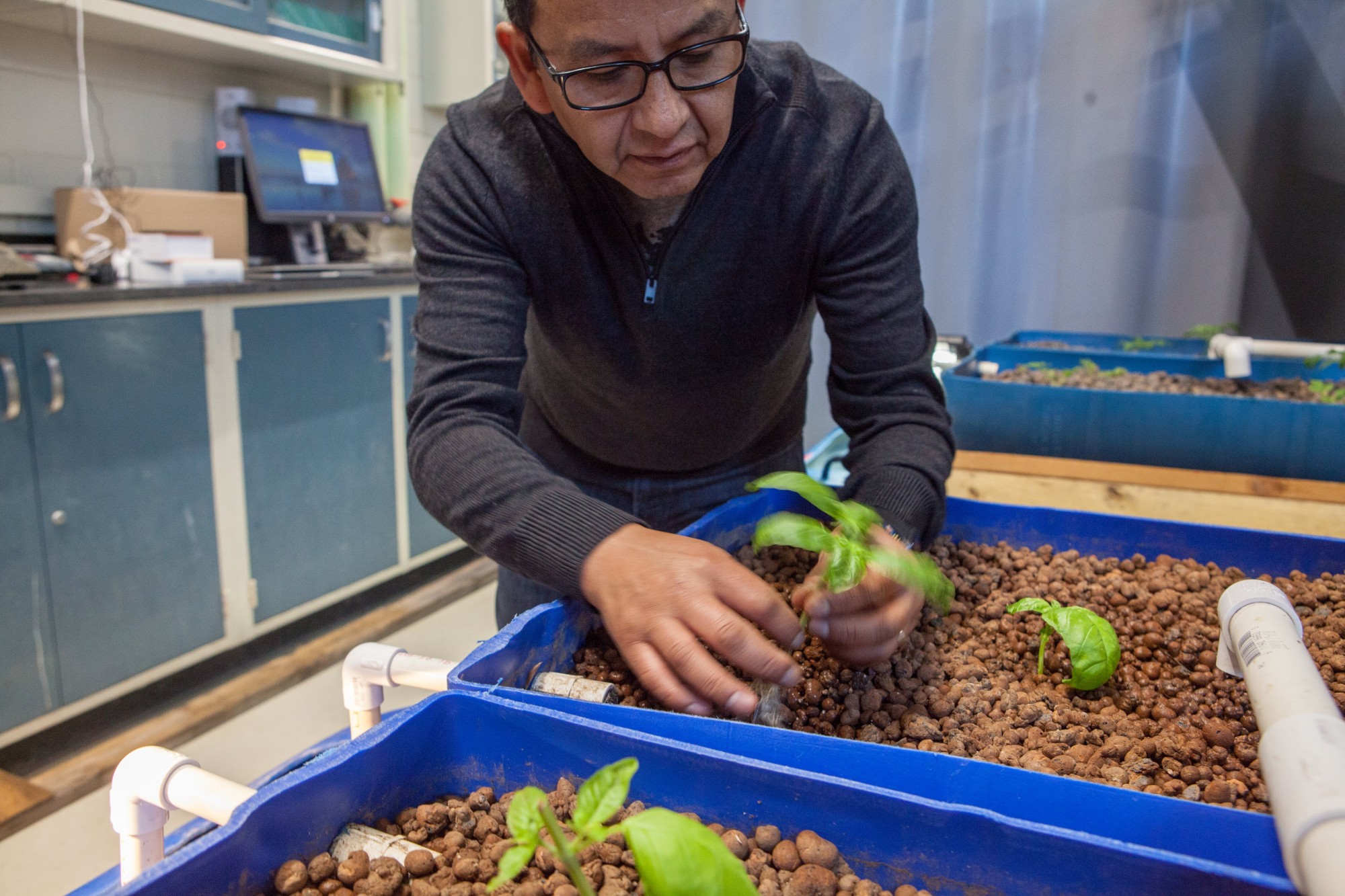 The University of Maryland recently approved more than $316,000 for 11 sustainability projects on the campus, including a solar-powered house and 3-D-printed oyster shells.

The projects, approved by the Student Sustainability Fund Review Committee and the University Sustainability Council, also include an expansion of this university’s Green Terp and Green Chapter programs and the creation of another greenhouse on the campus.

The University Sustainability Fund, which funds campus projects that promote environmental sustainability and is maintained by a $6 fee per full-time undergraduate student each semester, will finance the projects. The 11 approved projects were chosen from a total of 23 submitted.

[Read more: One year after its creation, a UMD sustainability program is expanding to 13 dorms]

The Green Terp and Green Chapter programs — which were developed last year by the Department of Resident Life, the Department of Fraternity and Sorority Life and the Office of Sustainability — aim to help students become more sustainable. More than $121,000 in funding from the University Sustainability Fund will help in part to expand these programs.

Students who want to participate in these programs will choose from a number of tasks designed to promote sustainability. For the Green Terps program, students who complete the tasks are rewarded by getting their names displayed on a pledge board in the lobby of their dorm.

“The whole idea was to create these programs that really reward and incentivize sustainable behavior among students living in resident halls and sorority and fraternity [chapter houses],” said Office of Sustainability spokesperson Mark Stewart. “This was the first year of the piloting program and next year we plan on expanding it.”

Lee-Ellen Myles, the coordinator for both programs, wrote in an email that the expansion process was in the planning phase and did not provide details on “what the expansion will look like.”

In addition, more than $47,000 is going toward rebuilding the solar house that won the national Solar Decathlon competition in October. The competition took place in Colorado, so the house had to be taken apart and shipped back to the university.

The six-room solar energy house had a composting system, hydroponic garden and movable “living walls” covered in plants, among other sustainable features.

Once the house is rebuilt on campus, next to the university’s house from the 2007 Solar Decathlon in an on-campus sustainability park on Metzerott Road, it will be used as a platform for ongoing research in sustainable technologies, Stewart said.

More than $36,000 is going toward the creation of an aquaponics center, which will be housed in a 1,200-square-foot greenhouse next to the research greenhouse complex near Xfinity Center. Aquaponics is a method of producing food in an urban environment or where there could otherwise be a lack of water, said Jose-Luis Izursa, an environmental science and technology department lecturer and aquaponics researcher. It uses 90 percent less water than conventional agriculture, Izursa said.

“We mimic nature where fish and plants live in a closed system,” Izursa said. “The waste produced by fish will be used by the plants, and at the same time the plants clean the water for the fish. No one else is currently doing this at Maryland.”

Additionally, funding will go toward an expansion of the College of Information Studies and National Center for Smart Growth’s program, which involves students helping the surrounding communities to find sustainable solutions to ongoing issues.

Other approved projects include a vertical garden in Stamp Student Union and funding for four Gemstone Honors teams, including a project to 3-D print oyster shells to help revive oyster populations in the Chesapeake Bay.

Currently, there is a shortage of oyster shells in the Bay. Oysters seek out the shells to settle in, so with this shortage, there is a lack of habitat for them, said Cara Schiksnis, a junior environmental science and technology major.

“We were super excited, super grateful for this grant,” she said. “I don’t think a lot of people have done work with oysters on campus and no one’s ever done this with 3-D printing before, so we are hoping for cool results.”