“Help anyone out you can”: Connor Kelly brings selflessness to Maryland lacrosse 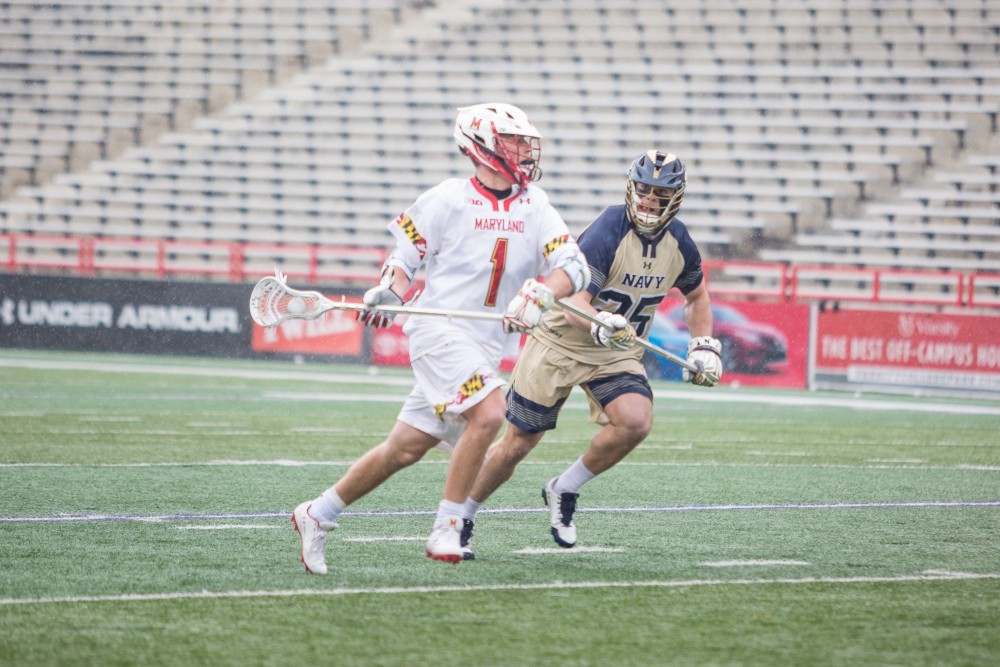 Kelly had first learned about Rubinstein a few months prior, after Rubinstein was diagnosed with leukemia and began cancer treatment. Months later, Kelly connected with Rubinstein and offered support for the young fan.

When Kelly returned for winter break, Rubinstein had been hospitalized for more than 150 days. The pair talked about lacrosse, Kelly eager to learn about Rubinstein’s playing experiences. Then, Kelly learned the details of Rubinstein’s fight with the disease, the grueling treatments and countless hours spent in a hospital bed.

The nature of the sport’s small community lends itself to endless opportunities to offer support and guidance for those seeking it, something Kelly cherishes.

“You help anyone out you can,” Kelly said. “I’m at a stage in my life where I’m at the top of my game, but I want to affect kids’ lives.”

[Read more: “It has to be that way”: Maryland lacrosse depends on Connor Kelly’s scoring]

Kelly grew up the youngest of six siblings, which midfielder Tim Rotanz believes may have made it challenging for him to develop a voice. Instead, Kelly found his calling in community service, beginning by volunteering with his dad.

Around the holidays, he served food at a local homeless shelter. He also worked with hospitalized kids. In his final season with the Terps, Kelly has done much of the same.

This past fall, an organization working with children with Down syndrome hosted the Terps at the U.S. Lacrosse facility in Sparks, where the defending national champions played catch with the group.

In January, Kelly and the Terps woke up at 7 a.m. and drove 30 minutes to watch 7-year-old Fionn Crimmins play basketball at a small gym. Crimmins, who also was diagnosed with leukemia, is the team’s Team IMPACT child. The program links chronically ill children with college programs.

“[Kelly] always goes above and beyond signing autographs,” coach John Tillman said. “There’s a guy who gets it. He understands what life is about: making a positive impact, not just scoring goals.”

Kelly’s selflessness extends to his team. He drives attackman James Avanzato to class while the freshman recovers from an ACL injury. He works with teammates on their shooting in practice, and allows them to show it off in games by dishing them passes rather than taking shots for himself.

During fall practice, when Kelly was passing frequently, Rotanz was unsure if it would continue into the spring season. But Kelly is on pace to record at least 30 goals and 30 assists for the first time in his career, leading the team in both categories.

“Everyone knows he can score,” Rotanz said. “The feeding ability is something I haven’t seen. The way it’s translated [to games] has been unbelievable. That feeding ability has been on mark this year.”

And though Kelly is still mild-mannered on the field and in interviews, the future Atlanta Blaze member lets his personality shine through at times. While the Terps were on the bus for their matchup with Penn State, Kelly took control of the speakers and played Cher’s “Believe.” He didn’t care he was the only person on the bus clapping and singing.

Alumni have also taken note of Kelly’s success, blowing up his phone with texts admiring his weekly performances. Former Terps attackman Drew Snider, whom Kelly had met just a few times, most recently congratulated him. Kelly was the No. 2 pick in Wednesday’s Major League Lacrosse Collegiate Draft.

Still, Kelly remains level-headed. He scored four goals and posted four assists in Maryland’s win against then-No. 8 Rutgers on Sunday. After the game, he and the rest of the team recorded a locker-room video presenting the game ball to Rubinstein.

“He’s a great guy all around,” goalkeeper Dan Morris said. “He’s a genuine guy who wants to help in any way he can.”