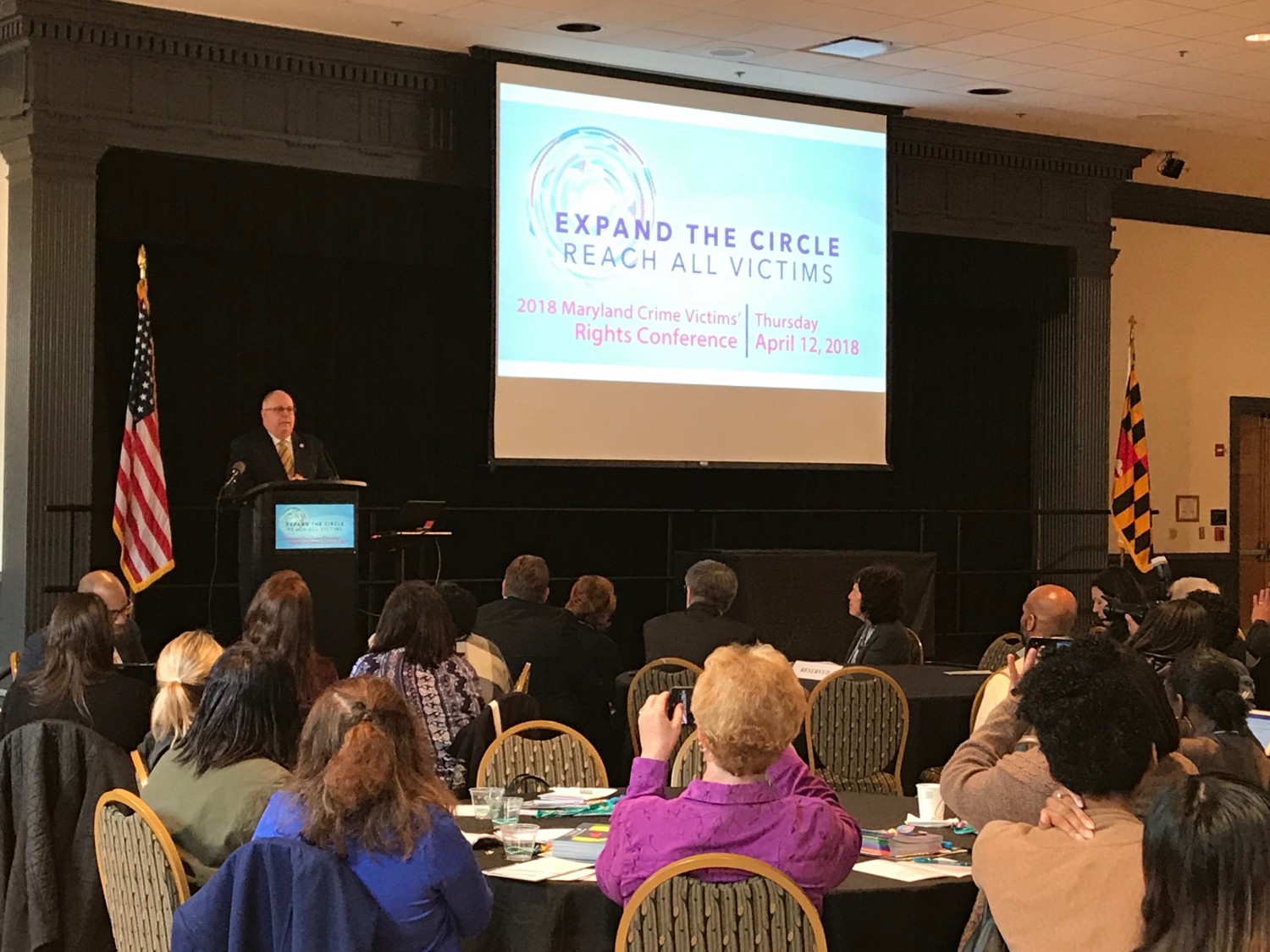 Stakeholders from across the state, including Gov. Larry Hogan, gathered for the third annual Maryland Crime Victims’ Rights Conference on Thursday to promote crime survivors’ rights and to recognize and provide training for crime victim service professionals.

The conference — hosted in Stamp Student Union by the Governor’s Office of Crime Control and Prevention and the state’s Board of Victim Services — held training and information sessions for advocates of victims’ rights in Maryland, University of Maryland Provost Mary Ann Rankin said. Rankin spoke in place of university President Wallace Loh.

“Statistics don’t begin to show the full impact of crime,” Rankin said. “Not only the victims, but their family, friends, even whole communities can be deeply affected.”

During the event, Hogan thanked those who “overcome, rebuild and speak out in the face of criminal victimization and tragedy.”

“Crime Victims’ Rights Week serves as a reminder of the significant progress our administration has made in securing justice for victims,” Hogan said in a Thursday press release. “We remain strongly committed to ensuring that victims of crime have the right to information, the right to be present, the right to provide input, the right to receive restitution, and, most importantly, the expectation of being treated with the dignity and the respect that they deserve.”

Theresa Hiegel, the Crisis Support lead for Victim Services at Frederick County Sheriff’s Office, received the Henry Gleim Memorial Award in recognition of her outstanding services to crime victims. She has spent 15 years as a crime victim advocate.

“It’s really nice to get an award like this because it tells you that you’re doing the right thing,” said Hiegel.

Dawn Pulliam, who coordinated the conference and serves as the director of outreach and administration for the Center for Public Policy and Private Enterprise at this university’s public policy school, said the event “serves as a means of working with the governor’s office and strengthening ties to Annapolis to show that the University cares deeply about crime victims’ rights.”

It’s expected to see stakeholders, students and faculty at the conference because crime affects a large part of the population, she added.

Organizations such as the Pro Bono Counseling Project — which provides free counseling services to people without access to mental health care — and the Maryland Safe at Home Address Confidentiality Program ­— which provides services to victims of domestic violence and trafficking to help protect them from their abusers — sent representatives to the conference.

Kelley Rainey, the director of Family and Children’s Counseling Services — a nonprofit geared toward helping low-income families — said she attended the conference because it’s a great way to connect, network and get new information in order to support victims.

“The risk of being victimized between [the ages of] 20 and 24 is huge and we see a lot more folks who are coming out and have been victims of sexual assault and other types of violence,” Rainey said. “Being here reminds us that that’s really the group of people we need to start focusing on.”