After violence in Gaza, UMD students should boycott Israel Fest 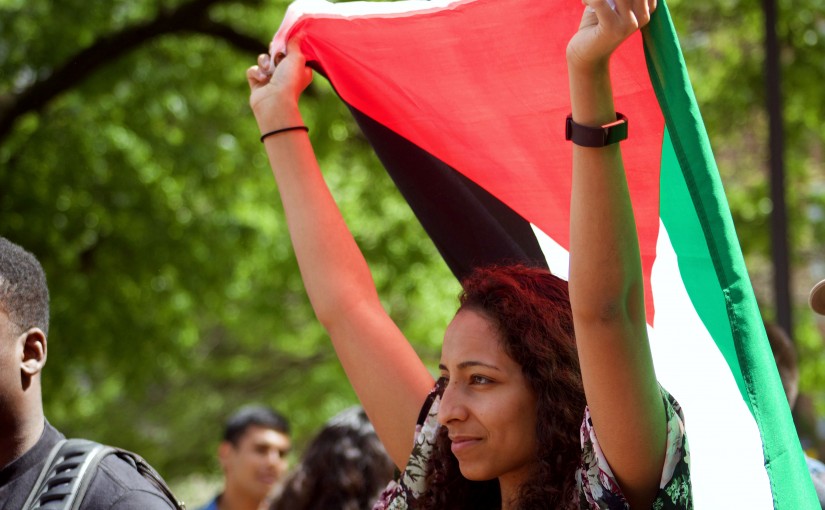 On April 19, several campus organizations will host their annual “Israel Fest” on McKeldin Mall. Described by Maryland Hillel as a “day celebrating Israel,” Israel Fest features food, information and activities relating to Israeli culture, most notably the camel rides that catch the eye of any passerby near the mall.

But by positing the event as an apolitical and neutral celebration of Israeli culture, the organizers are engaging in two very harmful activities: the normalization of Israeli human rights violations and the erasure of Palestinian suffering.

On March 30, the Israel Defense Forces fired live ammunition on a group of peaceful protesters at the Gaza border, killing at least 15 and wounding more than 1,500. The protesters were marching to the border in favor of Palestinian refugees’ right to return to their homes in occupied territory and in opposition to the Israeli blockade of the Gaza Strip.

This march was dubbed the “Great March of Return” and was intended to kick off six weeks of peaceful demonstration leading up to the commemoration on May 15 of the Nakba, which refers to the 1948 mass exodus of Palestinians from their homes as a result of Israeli force. The Israeli government denies their right to return to this day, fostering the Palestinian refugee crisis.

Human Rights Watch has deemed these killings unlawful and calculated and has called upon the international community to scrutinize Israel’s treatment of Palestinians. About two million people live within the heavily controlled Gaza Strip, and about 70 percent of them are refugees, according to HRW.

In the aftermath of the killings, hospitals in Gaza such as al-Shifa struggled to provide adequate care to the injured victims. Gaza’s health sector and infrastructural systems have been undermined by over a decade of Israeli blockades.

Palestinians’ everyday lives are constrained to the will of the Israeli government. By holding “a day celebrating Israel,” we are framing the long and painful history of Israeli violence against Palestinians as both normal and acceptable. The mere existence of Israel Fest demonstrates complicity in the immense power imbalance that Israel holds over the Palestinian people.

Israel Week — the week leading up to Israel Fest — was described in 2016 by an organizer as “a week to get away from the notion that all we talk about Israel is the Israel-Palestine conflict.” But Palestinians marginalized by Israel cannot escape the conflict that dominates their daily lives. Palestinian refugees who were expelled from their homeland did not have the convenience of this kind of apolitical rhetoric.

Young Palestinians such as Ahed Tamimi are processed through military courts, while their Israeli counterparts go through civilian courts. Their persecution is undeniably political. By presenting an apolitical image to the campus community, Israel Fest normalizes and erases the extremely political subjugation of Palestinians and others Israel fails to recognize as people worthy of basic human rights.

Students for Justice in Palestine, Muslim Alliance for Social Change and allied organizations will be on McKeldin Mall on April 19 encouraging a boycott of the Israel Fest activities. At 3 p.m., they will hold a teach-in on the steps in front of McKeldin Library for students to learn more about the violence Palestinians are subjected to in the occupied territories.

Israel Fest’s persistence on campus sends the wrong message to Palestinians and anyone fighting unfair and unjust conditions in their everyday lives. By boycotting Israel Fest, we assert the need for Palestinian voices to be heard and acknowledged by the university community. I implore readers to think critically about the ramifications of an event such as Israel Fest, and to understand why it is inappropriate to support Israel Fest’s erasure and normalization of Palestinian suffering.

Nicholas Galloway is a senior anthropology major and a member of Students for Justice in Palestine. He can be reached at nickg596@gmail.com.