After Noname cancels, Milo and student openers put on a show at SEE’s Terpstock 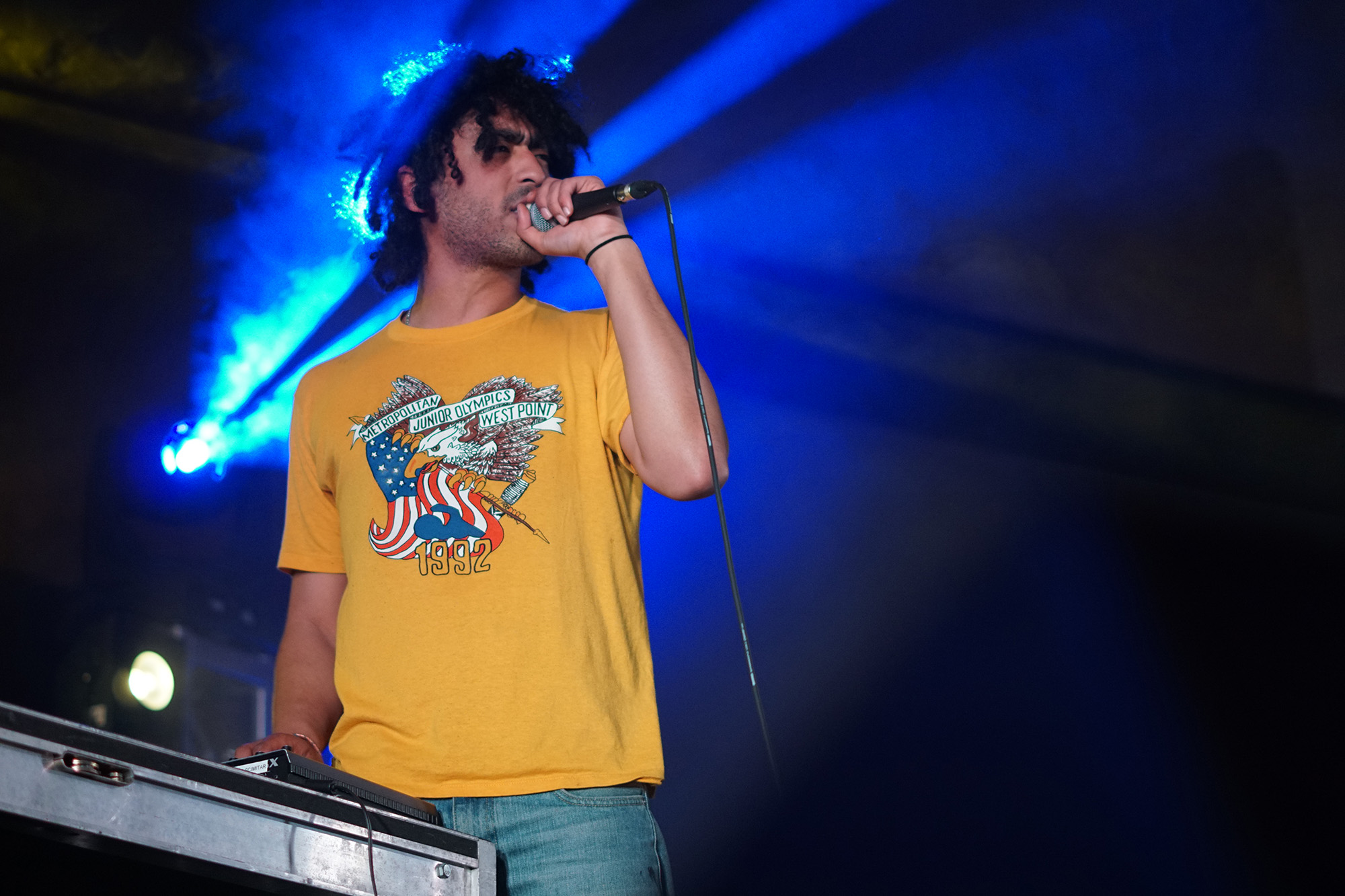 The students gathered to see milo perform at SEE’s annual Terpstock event Sunday probably didn’t know 26-year-old Rory Ferreira’s performances under the name might be coming to an end.

“Lately I’ve been thinking I should make one last milo record and then totally abandon the project,” he said an interview before his performance. “I feel like I’ve put in the work to be a fully formed artist … but now would be the time to make a move and establish myself for real. I just feel like I’ve been developing in public for the last seven years.”

Ferreira says you can call his genre “afronowism, neohoodoo or abomunistlite,” but “rap” is fine, too. His career is still in the prelude, he says, although he’s not sure what comes next.

Chicago rapper Noname was supposed to headline Student Entertainment Event’s spring festival but she canceled Sunday morning due to illness, SEE said in a statement. So milo became the final performer to take the stage set up in Stamp Student Union’s Grand Ballroom — instead of its usual outdoor location — due to weather concerns.

“I have no objective other than to dodge the police you have stationed outside the door,” he said. “I’m just going to do these raps and get home safely.”

The faint smell of marijuana grew to fill the room as students moved closer to the stage. Milo let out a long, piercing laugh into the microphone, jumping and swaying as he rapped. Between his own beats, he made conversation with the audience and asked if he could get one of the free T-shirts SEE handed to students. He asked how long he was contractually obligated to perform, and then continued with thunderous, repetitive existentialism.

Milo, who said he has no routines and no set list, only recently began to like audiences.

“The last three years I was in a space where I would get on stage I would feel immediately antagonistic to the audience … just really wanting to mess with the crowd, mess with how they see a rapper, how they think about rap, just fuck with their head,” he said. “In the last few months, I’ve started to feel more like I should focus my intentions on creating peace in the crowd.”

The rapper considers Chicago his hometown, although he now lives in Maine where he opened a record store this month. He studied philosophy at St. Norbert College in Wisconsin for three years.

“Often I wonder what if I had never gone. I would have had three additional years rapping. Dropping out for me was absolutely the right thing to do,” he said.

Milo was preluded by an afternoon of performances including student acts Joe Garner & the Produce Section, aj iaN, syl and D.C. band Shaed.

“I came for the big names. I didn’t know there was going to be student acts, but I liked them as well,” said freshman Henry Cikanek, a letters and sciences student.

But it was milo’s nontraditional style that made the evening enjoyable for freshman computer science major Oluwatomi Olusina.

“When I go to a concert, I expect a certain thing, but he wasn’t that,” he said. “You need to switch it up every once in a while.”