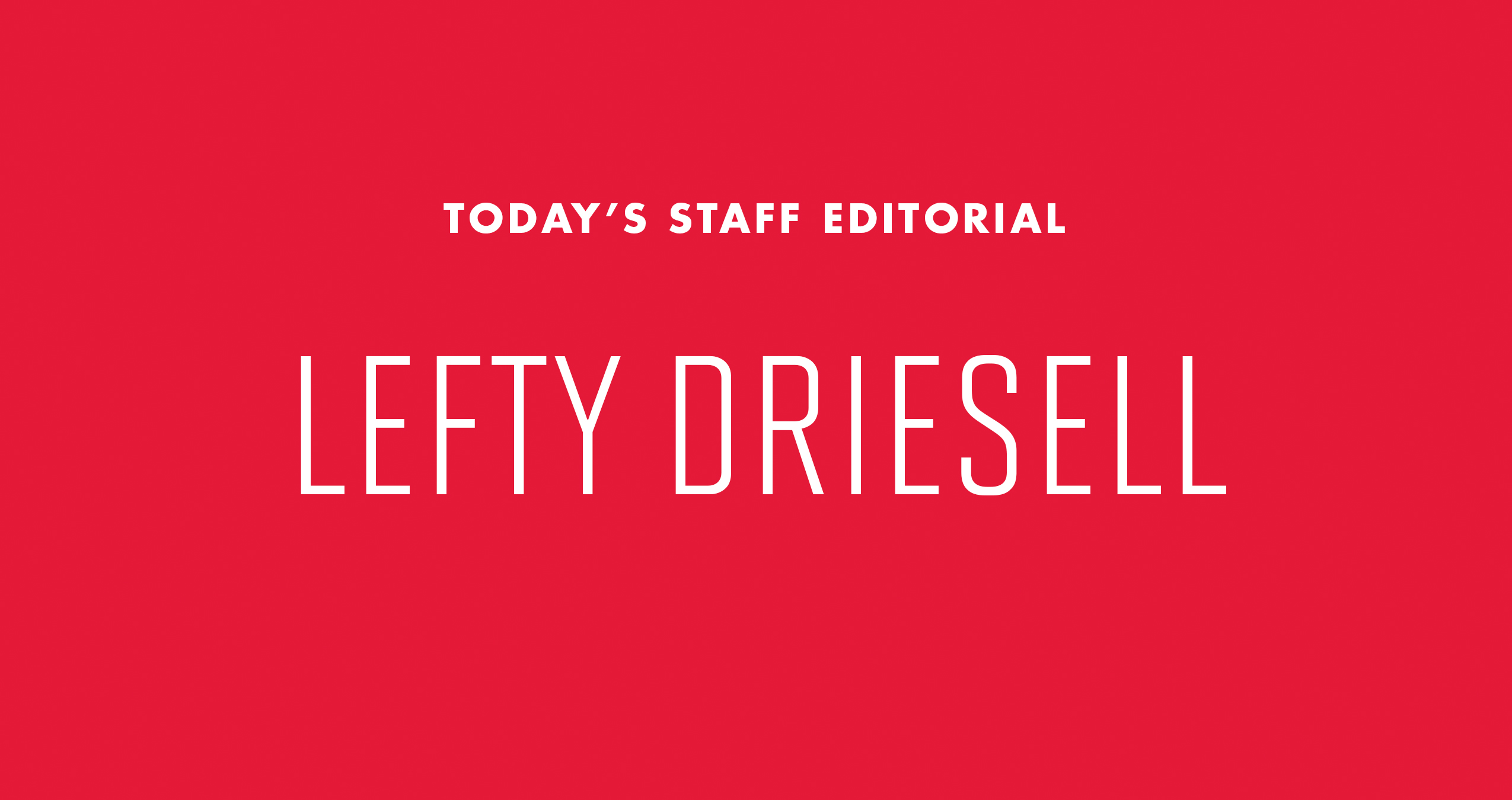 When looking back on Lefty Driesell’s 17-year run with Maryland men’s basketball, some will highlight his on-court accomplishments — 16 straight winning seasons, two first-place finishes in the ACC, eight trips to the NCAA tournament. But with the legendary former coach slated to be inducted into the Naismith Memorial Basketball Hall of Fame, we must not sugarcoat his tenure in College Park. To make this school a basketball powerhouse, Driesell went to great lengths, and not all of them were honorable.

In March 1983, a student judicial board put Herman Veal, a starting forward for Driesell’s Terps, on disciplinary probation after a female student said he’d attempted to sexually assault her. The team’s second-leading rebounder became ineligible to play in the final game of the regular season and the ACC tournament. Driesell then escalated the situation: The student said the coach had called her repeatedly the day after Veal was sidelined, threatening that her name “would be dragged through the mud” for keeping Veal off the court.

At first, Driesell outright denied the accusation, digging his hole deeper in the process (as the university women’s center criticized him, he remarked, “I don’t care about the women’s center — I’m the men’s center”). Eventually, after Chancellor John Slaughter reprimanded him, Driesell issued a lukewarm apology; he confessed to calling the student, claiming harassment was not his intention before admitting “some of [his] comments made in the heat of the moment were not appropriate.”

Players expect their coaches will go to bat for them when warranted — indeed, Driesell defended himself by saying, “I’m taking care of my players and myself.” But Driesell’s actions go far beyond loyalty to his team. This wasn’t a jeering fan or a rival coach he was responding to; this was a sexual assault allegation.

Intimidation of sexual assault victims can have a chilling effect, especially when it’s coming from a person with power. Among female college students who are assaulted, only 20 percent report it to the police, according to the Rape, Abuse and Incest National Network. And the single most cited reason for not coming forward is a fear of retaliation. The threat of blowback from one’s assailant is bad enough; when it comes from a prominent authority figure, a venerated campus leader, it would understandably make future victims stay silent.

While Driesell’s actions sparked censure at the time — The Diamondback’s editorial board called for him to resign, deeming his actions “a slap in the face to women” — he hardly faced any consequences for them. He remained Maryland’s coach for three more seasons before stepping down in the wake of Len Bias’ death. After that, he spent nine years at James Madison and six years at Georgia State en route to 786 total victories, which earned him a spot in the Hall of Fame this year. More than three decades after the scandal, it’s mostly faded from the public memory.

When a current coach does something similar — such as Michigan State coach Tom Izzo allowing an undergraduate assistant accused of assault to continue to live in his basement as the resulting trial unfolded — we should hold them accountable. To create an atmosphere where victims are comfortable coming forward, coaches must get their priorities in order and realize that there’s more to life than wins and losses.

The #MeToo movement has shown that even old allegations reveal a cultural failure that’s still alive today. As fans celebrate this long-awaited honor, they cannot ignore the grim details of Driesell’s tenure. The epidemic of sexual assault on college campuses will not be resolved unless everyone, regardless of their position or stature, is held accountable.