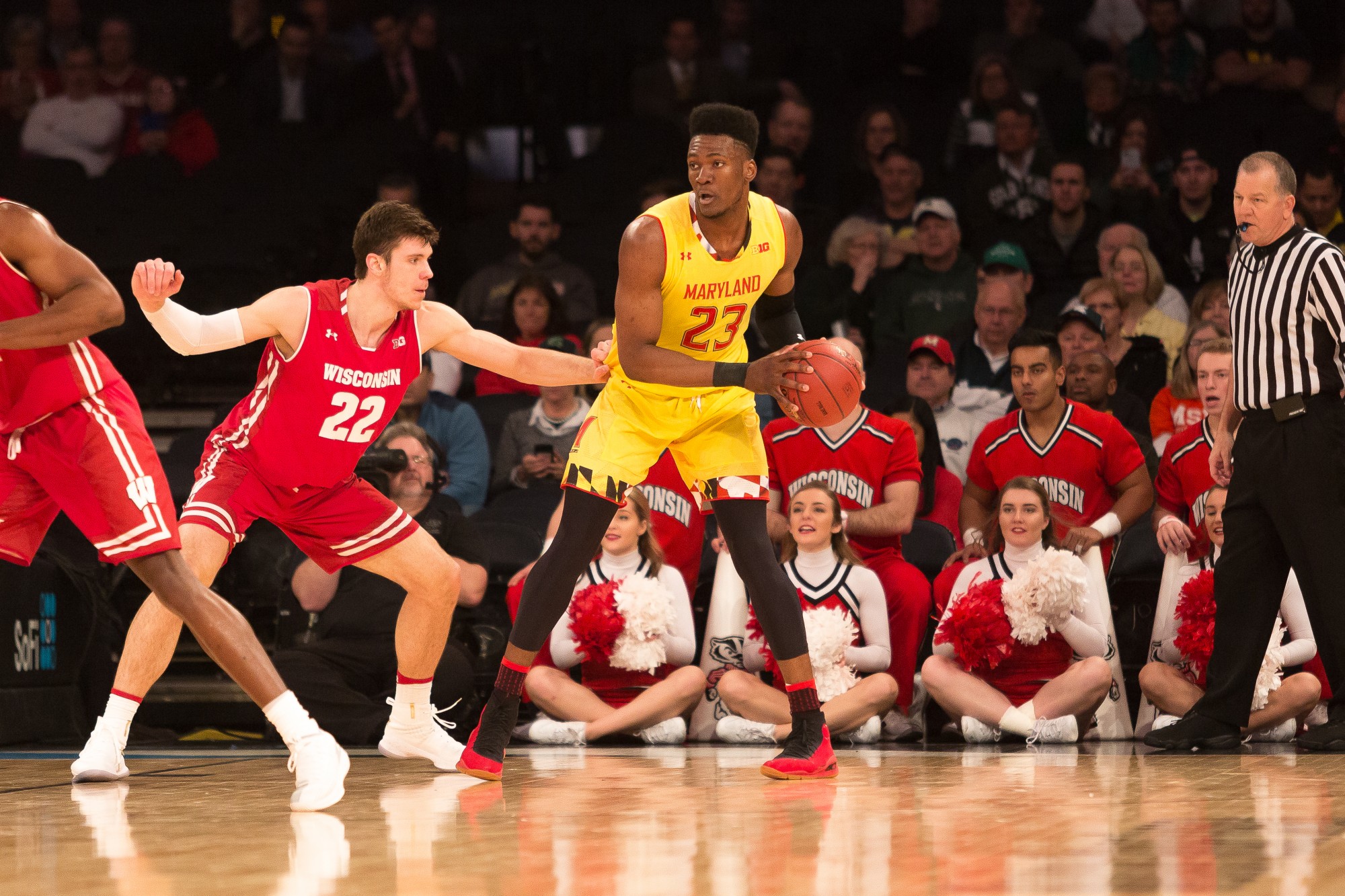 Maryland men’s basketball forward Bruno Fernando has declared for the 2018 NBA Draft without signing an agent, according to the school.

By not signing an agent, Fernando can withdraw from the draft before May 30 and return to College Park for his sophomore season.

“Bruno and I have had a number of conversations regarding his decision to explore the NBA Draft,” coach Mark Turgeon said in a statement. “We support him in this decision and will continue to guide him throughout this process.”

Fernando can work out for teams and participate in the NBA Draft Combine from May 16-20, if he’s invited. That will help the freshman gauge league interest leading up to the June 21 draft.

“This direct evaluation will help provide Bruno an honest assessment of where he stands among NBA teams,” Turgeon said in a statement. “Upon gathering all of the information, Bruno will be able to make the best decision for his future.”

Maryland has made multiple publication’s way-too-early top 25 rankings for the 2018-19 season, but the Terps’ expectations would diminish if Fernando departed.

If Fernando returns, though, Maryland should feature a strong frontcourt and will be expected to return to the NCAA tournament for the fourth time in five years with leading scorers Anthony Cowan and Kevin Huerter also likely coming back.

Multiple publications predict Fernando would be a first round pick in the 2019 NBA Draft, with NBADraft.net projecting Fernando to be the second overall selection in its latest mock draft.

Fernando averaged 10.3 points, 6.5 rebounds and 1.2 blocks per game this past season. The 6-foot-10, 245-pound forward battled ankle injuries for chunks of the campaign, but he hit his stride toward the end of the year. Fernando averaged 14.4 points and 8.8 rebounds over the Terps’ final eight games.

On top of his athleticism and size, Fernando’s versatility also makes him an intriguing NBA prospect. The Angolan often played on the perimeter at IMG Academy.