Nigel Farage and Vicente Fox are debating “nationalism vs. globalism” at UMD 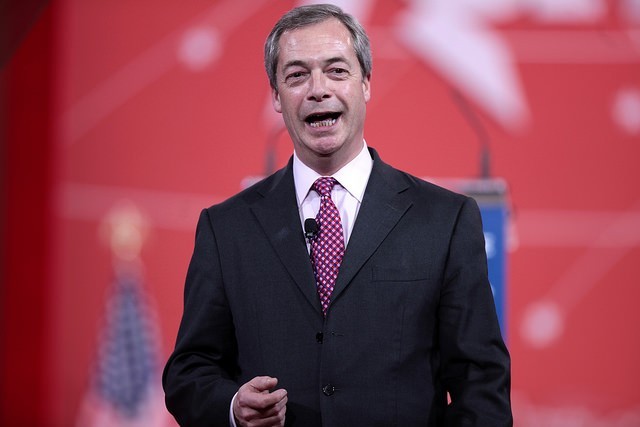 Former Mexican President Vicente Fox and Nigel Farage, widely known as the “architect of Brexit,” will debate the viability of nationalism versus globalism at the University of Maryland on Thursday.

Mary Kissel, a journalist and member of The Wall Street Journal editorial board, will moderate the debate, which will take place from 6 to 7:30 p.m. in the Edward St. John Learning and Teaching Center.

Fox served as Mexico’s president between 2000 and 2006, and was elected as a member of the opposition party. Farage was one of the most vocal supporters of Britain’s stunning decision to leave the European Union, also known as Brexit, which came as many in the country decried immigration and embraced nationalism. Fox and Farage’s discourse comes at a time when the merits of both nationalism and globalism are under scrutiny, partly due to the election of U.S. President Trump.

Patrick Hutson, a sophomore government and politics major, said he’s attending the debate as someone who is in favor of globalism. While he has no problems with Farage coming to the campus to debate, Hutson said he disagrees with him politically and considers Brexit “misguided.”

“I think it’s very ridiculous that you could have a political career through the dismantling of something very helpful to the country,” Hutson said.

Sophomore Stefan Bakumenko, who is also attending tomorrow’s debate, said he’s excited to watch Fox and Farage, whom he called “important case studies” in the nationalism vs. globalism debate.

“I find it to be such an important topic, that even if not everyone really knows who they are, it’s important to see the value in having them both attend,” the government and politics and economics major said.

The debate is sponsored by The Steamboat Institute, a right-wing nonprofit think tank, in partnership with this university’s Ed Snider Center for Enterprise and Markets.

[Read more: Milo Yiannopoulos on canceled Terps for Trump event: UMD is “going to suffer for it”]

“I totally understand why people don’t want people with such strong conservative values to come to campus, particularly Farage because of his role in Brexit,” said Bakumenko, who also cited Farage’s anti-immimgration rhetoric. “But you have to see the value in hearing people who have differing opinions than you, and whose opinions are actually really relevant and hold a lot of weight in modern-day policymaking.”