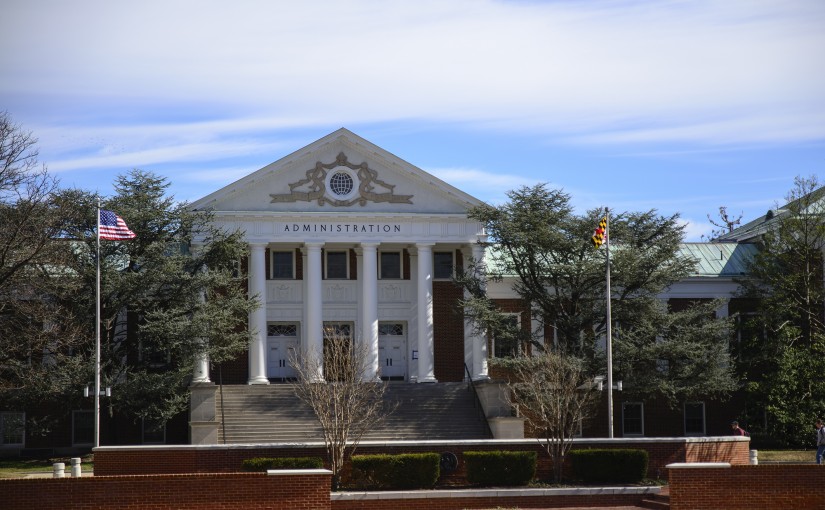 A U.S. District Court judge dismissed a lawsuit Thursday against the University of Maryland from a former student who alleged he was wrongfully expelled for sexual misconduct.

The former student, referred to as John Doe, claimed this university violated his due process rights after he was found responsible for committing sexual assault in an on-campus dorm and expelled.

The court found that Doe’s claims did not constitute due process violations, as students are not entitled to “trial-like” proceedings, such as confronting or cross-examining an accuser, in educational settings. The findings also state that there was no evidence of gender-based discrimination or a biased investigation.

“Doe received adequate notice, a meaningful investigatory process, and sufficient opportunity to be heard by an independent decision-making body in connection with his expulsion,” the court finding read. “Despite Doe’s conclusory statements otherwise, UMCP’s proceedings taken as a whole satisfy the requirements of due process.”

Doe was expelled after a university investigation found he slipped into bed with a woman, referred to as Jane Roe, without attempting to identify himself and engaged in sexual contact with her while she thought he was another man.

Doe wanted to have the expulsion removed from his record, to be re-enrolled at this university and to be compensated for fees he incurred during the process.

The court’s affirmation of this university’s procedures comes as schools across the country struggle with obtaining a fair and equitable process for victims and the accused while complying with federal regulations under Title IX, a law that prohibits discrimination on the basis of sex. This university is currently the subject of three federal investigations into its handling of sexual violence cases.

Mike Poterala, this university’s general counsel, wrote in a statement that the ruling sends an important message.

“The court’s decision in this case sends an important signal to victims about the willingness and ability of this university to hold perpetrators of sexual misconduct responsible for their actions,” Poterala wrote in a statement sent by university spokeswoman Katie Lawson.

Doe has until the end of April to appeal the case in federal court, and could also refile it in state court. His legal team is still considering both options, said his attorney, Bob Clark.

“It is some very tricky business of trying to regulate romantic and sexual conduct on campus,” Clark said, adding that there should be a more uniform way to address the concerns of everyone involved.

Doe was expelled after a university investigation into a December 2014 incident in Frederick Hall found he sexually assaulted Roe.

Roe left the dorm and called University Police, who investigated and declined to bring criminal charges, according to the court documents. Police alerted this university’s Office of Civil Rights and Sexual Misconduct, as the department is required to when it receives reports of sexual assault involving students. Roe also reported the case to OCRSM.

The office conducted its own investigation, which has a lower burden of proof than criminal proceedings, and found that Doe committed Sexual Assault I, or an act of sexual intercourse without consent. Doe was notified in May 2015 that he violated this university’s sexual misconduct policy, according to the documents.

Doe appealed the determination, but his appeal was denied in September 2015, and he was informed that he was expelled effective immediately.

Doe alleged in the lawsuit that he was the subject of a biased investigation, and Bronson, the OCRSM investigator on the case, questioned him in a “prosecutorial manner.” He claimed Bronson didn’t contact all the important witnesses and selectively provided evidence to the Standing Review Committee that determined the outcome of Doe’s case.

But the court determined he was granted a constitutional investigation and hearing, as Bronson’s report detailed which witnesses he interviewed, as well as the versions of events that Doe, Roe and other witnesses each gave. Doe was also able to question Bronson, testify about the incident and submit affidavits from witnesses.

Doe had pointed to Carroll’s comments in a September 2015 Diamondback article about her training of students, faculty and staff to serve on a sexual misconduct review committee. He claimed her use of hypothetical scenarios referencing female victims and male perpetrators reflects a bias and “hostile environment” toward men at this university, the documents read. The court found no evidence that such training adversely impacted the outcome of Doe’s case.

The ruling found that “simply because Carroll, in the past, had taken up the cause of female victims does not render her hopelessly biased against men as UMCP’s Title IX Director.”

Doe filed the suit in September 2016, and in February 2017, this university filed a motion to dismiss it on the grounds of qualified immunity, which keeps government officials from being held accountable unless they consciously violated a person’s “clearly established” constitutional rights, according to the Cornell Law School’s Legal Information Institute.

A month later, Doe challenged the officials’ motion, arguing that the administrators should not be granted qualified immunity.

Court documents detail the 2014 incident that led to Doe’s expulsion.

On Dec. 14, 2014, Roe arrived at Frederick Hall with Doe and several others after spending time at a College Park bar. After arriving, she went to sleep in the bedroom of one of the others, identified in the lawsuit as K.P.

The documents state K.P. initially went in the bed next to Roe, but after he was unable to get comfortable, he suggested Doe sleep there instead, and that he sleep on the couch.

Documents state that at first, K.P. stated that Doe “brought up a dare,” suggesting Doe would “play a joke” on Roe by cuddling with her until she realized he was not K.P.

Doe denies bringing up the dare, the documents read, and K.P. “now disclaims that Doe suggested a dare.”

About an hour after Doe joined Roe in bed, the two woke up and began engaging in sexual contact. Shortly after, Roe realized and exclaimed that Doe was not K.P., and Doe left the room. Roe left the dorm and called University Police.

Police began taking oral and written statements from Roe, and interviewed Doe as well as K.P. and another person who lived in the dorm, referred to as A.S. in court documents.

The assistant state’s attorney for Prince George’s County and the head of the ASA Sex Unit agreed there was no crime in the incident, because Doe immediately stopped after Roe “revoked consent,” according to the police report.

This university’s Standing Review Committee, however, found that Doe engaged in sexual contact with Roe without “reasonable attempt to identify himself to [Roe,] who had no reason to believe the person who began touching her was not the person she went to bed with,” which constituted sexual misconduct, according to the documents.

The committee recommended Doe’s expulsion for his violation and the lack of “mitigating factors that would warrant a lesser sanction,” according to the court documents.

“The university followed the procedures,” Bronson said. “It was a fair process for all those involved, and it sounds sort of cliché, but justice was done.”