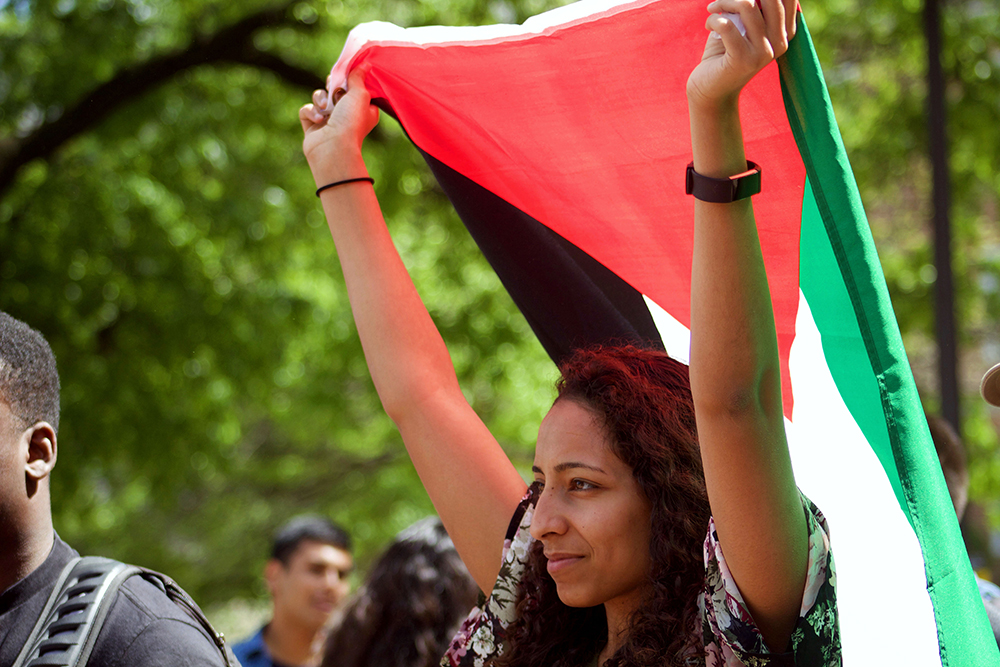 On March 15, Students for Justice in Palestine and Muslim Alliance for Social Change sent an email to Maryland Discourse saying the organizations would not participate in a discussion through Maryland Discourse with Terps for Israel and J Street, and describing their reasons for declining to do so. My personal sympathies lie outside all the above-named organizations, but the fact that they won’t engage in dialogue with these pro-Israel organizations is further polarizing the campus community and prevents productive discourse on the subject. I have posted the letter below in its entirety and will analyze the flawed logic in the response:

“By democratic and unanimous vote, Students for Justice in Palestine (SJP) and Muslim Alliance for Social Change (MASC) have chosen not to accept the invitation from Maryland Discourse. Historically, engagement in performative dialogue with Terps for Israel and J Street has required Palestinian students to endlessly relive the suffering of their friends and families with no concrete plan of solidarity from these organizations for the future. Because SJP is dedicated to the elevation of Palestinian political voices, we cannot allow this to continue.

“Since 1948, the Palestinian people have faced a slew of discriminatory laws and practices culminating in the ongoing exile of millions of Palestinians and decades-long occupation of their homeland. In 2015, the UN published a report predicting that Gaza would become unlivable by 2020; that reality has only been accelerated in the years since. To whitewash this reality and oppose Palestinian-led campaigns for accountability is to uphold a power structure which views Palestinians as lesser human beings. Unfortunately, Terps for Israel and J Street routinely do just that, and with no signs of change on the horizon, we at SJP do not feel it useful to entertain the prospect of yet another “dialogue.” To participate in this event, is to give credence to a group which is opposed to the basic rights of the Palestinian people. We will not frame this issue as a cheerful debate between equally legitimate positions, because the political reality is anything but.

“As an organization dedicated to solidarity with the Palestinian grassroots, we support the call for the boycott of and divestment from Israel until three goals are met: end of occupation, equal rights under the law, and the return of Palestinian refugees. We welcome individuals from Terps for Israel and J Street to participate in events which elevate Palestinian political agency through education and calls to action in solidarity with this ongoing campaign. However, out of respect for the daily life-and-death struggle Palestinians face on a day-to-day basis, we cannot engage in dialogue with organizations dedicated to the suppression of this Palestinian-led effort.”

The first claim is that dialogues are historically unproductive. To my knowledge, neither organization has recently participated in a large scale dialogue because of SJP’s support for “anti-normalization” policies, defined by the Anti-Defamation League as the argument that Palestinians are the victims of Israeli aggression and thus debate between the two sides would be “too great a concession to the pro-Israel position.” However, restorative dialogue between opposing groups can often be humanizing and lead to more nuanced and empathetic perspectives for both sides. Such dialogue should be consistent and members must be willing to address difficult issues, and it must start somewhere.

One point SJP makes is that the conversation forces Palestinian students to “relive the suffering of their friends and families.” That is undoubtedly true, but it also forces Jewish students to relive the pain their friends and families experienced. Neither Israelis nor Palestinians are innocent in this conflict, and it’s irresponsible to refuse to discuss the issue at all.

The next paragraph is an important point about power dynamics and the legitimization of suffering. Avoiding dialogue because of power dynamics is counter-productive and dangerous. It leads to polarization across our community. J Street opposes the occupation along with many Terps For Israel members. Furthermore, exposing the Jewish student population to the Palestinian viewpoint would probably prove eyeopening for many Jewish students who haven’t heard it before. Imagining that conversation, it would seem to me that more people would leave empathetic to the Palestinian cause.

The last paragraph is about the Boycott, Divestment, Sanctions movement and the organization’s dedication to its support. They welcomed individuals from both organizations to join the movement, but “out of respect for the daily life-and-death struggle Palestinians face on a day-to-day basis, we cannot engage in dialogue with organizations dedicated to the suppression of this Palestinian-led effort.” Regardless of one’s opinions on BDS, boycotting opposing dialogue around the issue does nothing to help the daily life of Palestinians, and a conversation about it would expose more people to the BDS movement.

SJP and MASC are choosing to perpetuate the status quo rather than create any bridges from which real change can occur. SJP and MASC might say that what they lose by engaging is the legitimization of the occupation, but no one is asking them to present anything except for their own opinions. Being on a panel together does not mean you have to agree, or even respect, the other sides.

If SJP and MASC really cared about educating our campus community, they would re-think their anti-normalization policy and engage in such a dialogue. I encourage SJP to join with Terps for Israel, J Street and Maryland Discourse in a productive educational dialogue that would better our community.

Moshe Klein is a senior government and politics major. He can be reached at mosheylklein@gmail.com.