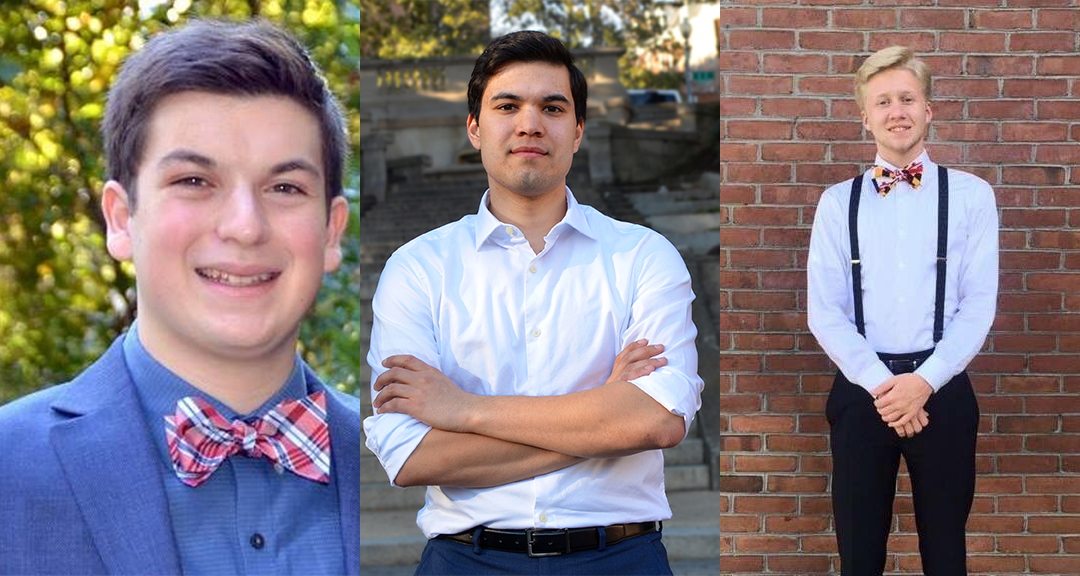 Three University of Maryland students have declared their candidacy for the Prince George’s County Democratic Central Committee in the June primary election.

Cliff Green, a junior government and politics major; Dan Alpert, a freshman business student; and Riley Williams, a junior government and politics major, will be running against three other candidates to fill three seats that represent District 21 on the committee, whose 24 elected members help Democratic candidates win county elections and fill legislative vacancies.

Williams is running as an at-large candidate against Michelle Garcia, which means his name will appear on ballots across the county. Green and Alpert’s names will appear only on ballots in District 21, which encompasses College Park, Beltsville and Laurel.

Green is running to address problems such as low wages in the county, calling a proposed minimum wage increase from $11.50 to $15 “just the beginning.” He plans to solve the problem by electing Democrats who are in favor of raising wages.

“It’s inexcusable,” Green said. “Anyone working 40 hours a week should not be living in poverty.”

About 10 percent of Prince George’s County families of four lived below the federal poverty line of $24,563 in 2016, according to the U.S. Census Bureau.

Green also supports Medicare and free college for all state residents, and said he wouldn’t vote to appoint a Democratic legislator to fill a vacancy who doesn’t share those policy goals.

“We want a more diverse party and equal representation [of gender],” Williams said.

There are currently no female congressional representatives from Maryland.

If elected, Alpert would focus on getting young people to vote and organizing grassroots campaign efforts such as door-knocking and phone banking rather than specific policy changes, he wrote in an email.

“If we can have a strong organized grassroots, then we can more strongly ensure Democratic leaders are being elected,” Alpert wrote. “Organizing is key. If we can’t organize effectively, we won’t get the best results.”

Green called Alpert’s focus on phone banking and door knocking more of an electoral strategy than a platform, but acknowledged the importance of those strategies to help strengthen the Democratic Party.

Williams agreed, saying: “An important part of the DCC, on a local level, is to improve turn out. We want to bring the voices of our constituents to fruition,” he said.

Specifically, Alpert said he is running because of his age.

“By having a younger, fresh mind, we can see more engagement and innovation … and we need to ensure that we’re representing all communities when doing work for the Democratic Party in PG County,” Alpert said. “I want to help foster that excitement and energy that our youth have and engage them in local politics to show them that their voice is being heard.”

Despite their age and lack of experience in elected office, both students are confident they can be effective members of the committee, though Green called his age “irrelevant,” adding that “it’s what you do with your voice.”

Another central committee candidate for District 21, Washington area attorney Brian McDaniel, said he applauded the students for trying to make a difference in their community.

“I hope they don’t beat me, but I wish them luck,” McDaniel said.

The other candidates are Linda Diasgranados, a PTA member in the county, and College Park City Council District 4 Councilwoman Denise Mitchell, though Mitchell said she intends to withdraw from the race for personal reasons.

University of Maryland College Democrats President Jake Polce said he was glad to see students running for office, but added they might lack the experience other candidates bring to the table.

“There’s no better way to make your voice heard than making sure your priorities are being pushed to the forefront,” said Polce, a senior government and politics major, adding that students’ motivation to run shows a desire to learn about the job and the issues of their community.