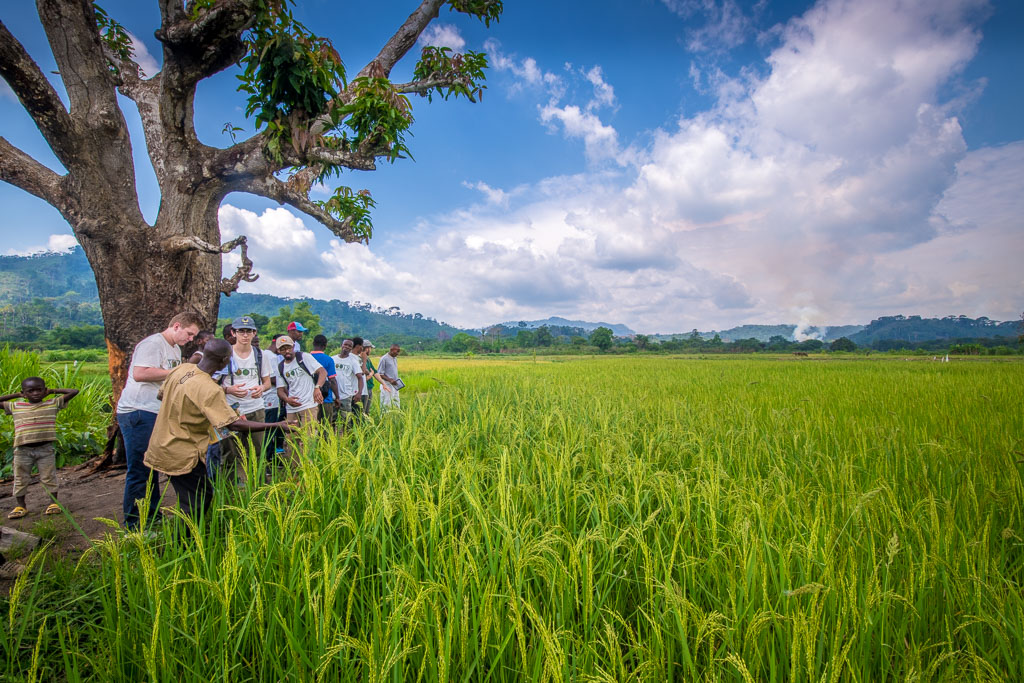 Cedric Nwafor said he understands what it means to be hungry — so the University of Maryland student used his passion for agriculture to help remedy the issue for others.

Nwafor, a Cameroon native, has wanted to help developing countries with agricultural issues since starting school at this university. Members of ROOTS Africa, a student organization he founded in the fall 2017 semester, used their spring break to head to Liberia, bringing more advanced agricultural research and technology such as soil nutrient test kits to the region.

Eight people from this university went on the trip, including six students part of ROOTS Africa. The organization raised about $20,000 to help cover the cost.

A key aspect in achieving the group’s goal of combating poverty and hunger is improving agriculture in developing countries, Nwafor said. The club works to educate and train people in such countries on agricultural practices, he added.

“I am passionate about agriculture because I know it’s the only way to feed the hungry and economically help improve that situation,” said Nwafor, a senior agriculture and resource economics major.

“Right when we got off the bus, it was just handshakes and hugs everywhere,” Glenn said. “We grew so close with the students and the local village people during this trip — it was incredible.”

During their week in Liberia, the students, the organization’s adviser and a photographer from the agriculture and natural resources college partnered with Liberian International Christian College — where two Maryland alumni work — for a conference and visited three different villages. Before going on the trip, the students conducted weekly web seminars with students at LICC, so when they arrived in Liberia they already knew each other, Nwafor said.

“The group worked from sunup to almost midnight every day, so it’s not a spring break most students have of lounging around,” said R. David Myers, the organization’s adviser and an instructor at this university. “It was a real team work effort and went flawlessly.”

When the group visited each village, the students — from both this university and LICC — taught local farmers about record-keeping, pest management and long-term marketing investment, among other concepts related to agriculture.

“Homemade fertilizer is more sustainable for the environment than buying fertilizer and pesticides that they can’t even afford anyways, so one thing we did is we taught them this alternative option to better grow their crops and control diseases,” Glenn said.

Myers also taught local farmers about soil health. At each village, he went to the fields of the farmers and tested the soil right there for nitrogen, potassium and pH, and then advised each farmer on what to do to fix any nutrient issues. Through the LICC partnership, the organization also donated a few soil nutrient kits to the college that the farmers can use to continually test their soil.

In a conference on the last day of the trip, students set up partnerships where local farmers were able to talk to local agriculture experts and ask them questions about their crops. There were panel-style events, along with more workshops taught by students, Myers said.

Nwafor said the trip’s goal of starting a partnership between the college, local agricultural experts and local farmers succeeded. Myers said the group plans to continue interacting with LICC and possibly travel to other countries, such as Ghana, in the future.

“For this organization to start this past fall and experience this level of success for our first trip to Africa I think is pretty amazing,” Glenn said. “We knew we had a lot of knowledge to give to them, but they gave us almost more than we gave them — a whole new perspective on life.”