Justin Jackson will leave Maryland basketball for the 2018 NBA Draft 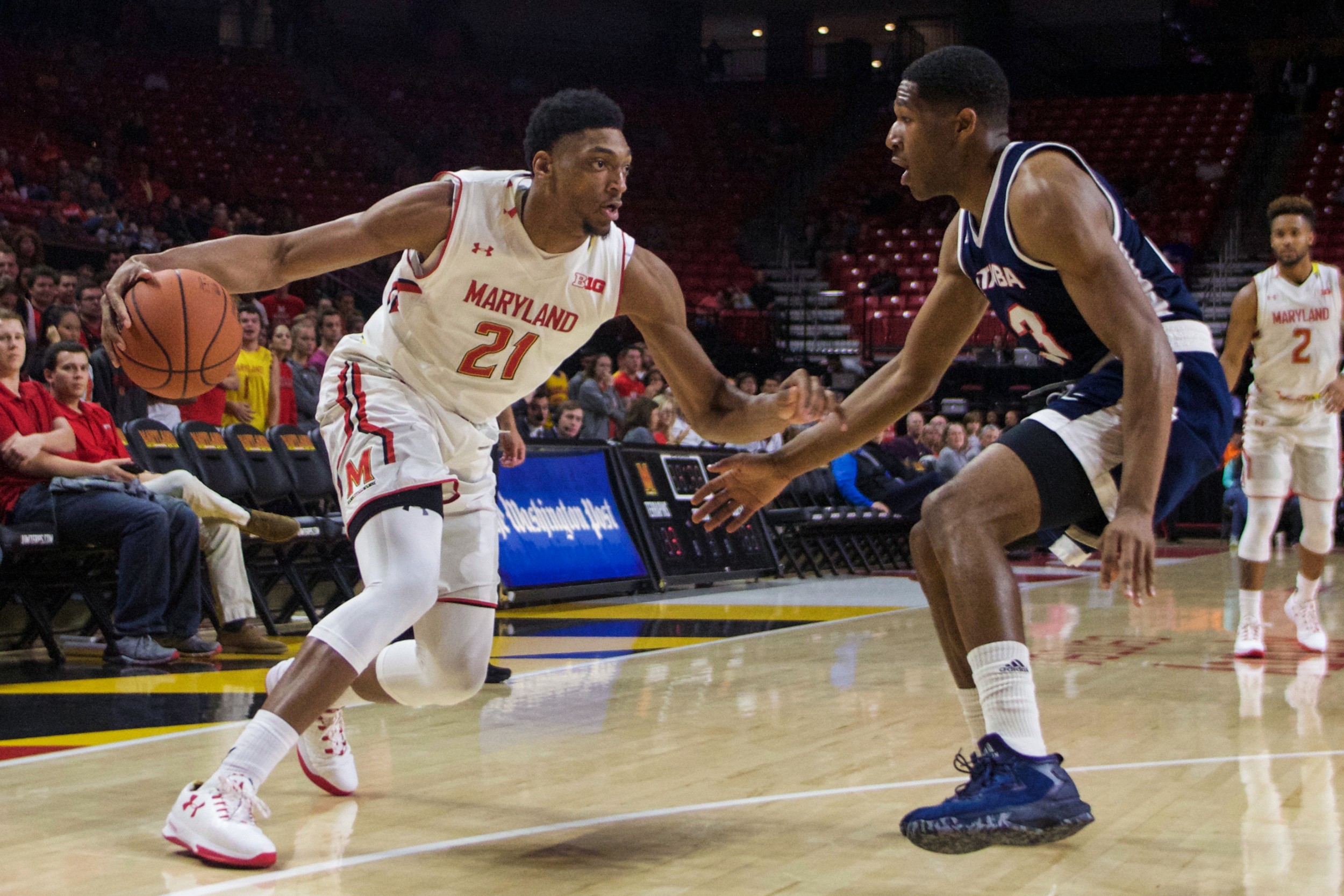 Maryland men’s basketball forward Justin Jackson has declared for the NBA Draft and will hire an agent, the school announced Wednesday, forgoing his final two years of eligibility.

Jackson underwent surgery for a lingering torn labrum in January after struggling at the beginning of his sophomore year. He averaged 9.8 points and a team-high 8.1 rebounds before his surgery. The 6-foot-7, 225-pound swingman shot just 36.6 percent from the field and 25 percent from beyond the arc, issues coach Mark Turgeon said were related to Jackson’s injury.

Jackson flashed his pro potential as a freshman, though. The Toronto native averaged 10.5 points and a team-high six rebounds while shooting 43.8 percent from beyond the arc last season. He attended last spring’s NBA Draft combine before returning to Maryland, but after repairing his shoulder, he’s leaving for the draft.

During his freshman season, Jackson showcased his versatility. He was most effective playing small forward, which he’ll likely play professionally. He could shoot or power his way to the basket. Using his 7-foot-3 wingspan, Jackson could also guard any player on the court.

Jackson told ESPN he’ll be healthy for the NBA Draft combine in May and should be cleared for basketball activities in the next couple of weeks.

“I came from Canada, a different country, and Maryland became my second home,” Jackson said in a statement. “This certainly was not an easy decision for me, as I felt like we had some unfinished business because of my injury.

“I love my teammates, many of them will be my brothers for life, and I will truly cherish the times I had playing in College Park. I also want to extend my appreciation to our great fans and all the support they showed for me. I will be a Terp for life.”

Jackson is not projected to be drafted in most publications’ mock drafts. ESPN, however, ranks Jackson the 41st-best prospect in the 2018 draft. ESPN predicted Jackson as a first-round selection before this season.

Maryland also announced guard Dion Wiley will transfer after graduating this May.

CORRECTION: A previous version of this story misspelled Schnider Herard’s name. This story has been updated.