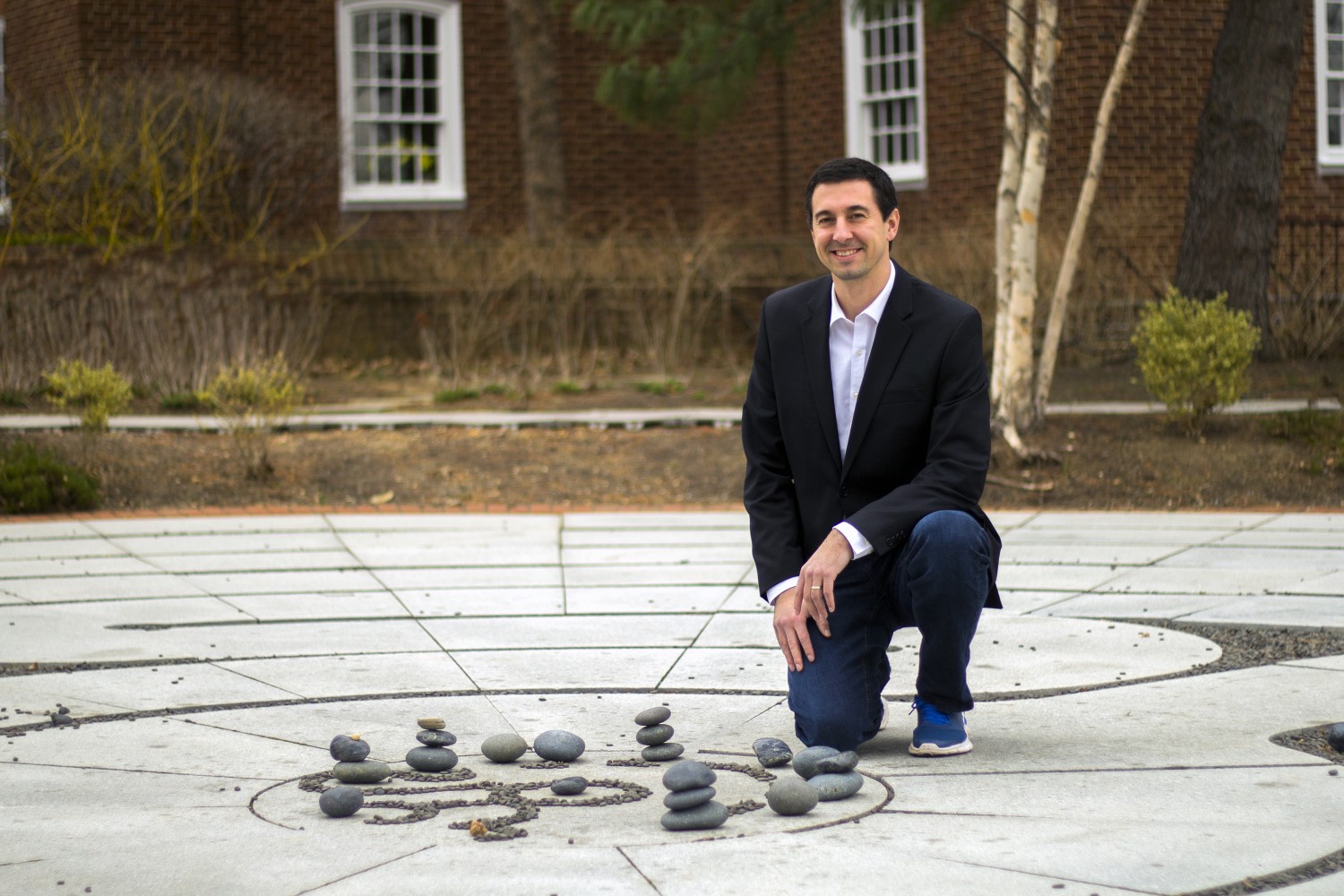 University of Maryland Lutheran chaplain Rev. Ray Ranker is running as an independent to represent the 21st district in the Maryland House of Delegates in the general election this fall.

Ranker, 35, a 2004 graduate of this university, has been the Lutheran chaplain since 2011 and said he is running to “flip the script” against the influence of money in politics.

[Read more: A UMD graduate student is running for a Maryland House of Delegates seat]

As part of his campaign, Ranker will not accept money from corporations or political action committees and will limit individual donations to his campaign to $600 — 10 percent of the legal limit for individual contributions in Maryland — a strategy Ranker said will free him from obligations to special interests.

“We continue to be stuck in this broken system when it comes to the influence of big money in politics,” Ranker said. “Big money and big donors seem to have no problem getting their way when it comes to implementing policy or passing laws.”

Ranker has invited his opponents in the general election to limit their campaign donations as well.

“I would not want to tie my hands behind my back because of another candidate’s self-imposed limitations,” said Matt Dernoga, a Democratic candidate for the District 21 delegate seat.

Dernoga said he appreciated Ranker’s commitment but that it’s important to consider “nuance and judgement” in accepting campaign donations.

“Labor unions that represent working class residents have PACs. Environmental organizations have PACs. For this type of donation, I would want to judge whether it’s from a group that does good work or fights for the public interest,” Dernoga said.

District 21 will have a crowded field in the June primary with six Democrats, including two incumbents — Del. Joseline Pena-Melnyk, and Del. Ben Barnes — seeking to fill three seats in the general election. Del. Barbara Frush (D-Anne Arundel and Prince George’s) is retiring after 25 years in her seat.

Two Republicans — Chike Anyanwu, who ran for Anne Arundel County Council in 2014, and Richard Douglas, who lost the 2016 Republican U.S. Senate primary to Kathy Szeliga — have also announced their candidacies.

Ranker’s campaign centers on implementing universal pre-K, reducing school overcrowding by improving existing school buildings and expanding public transportation to reduce congestion. He also advocates for implementing ranked choice voting — sometimes called instant runoff voting — in which a voter ranks each candidate in order of preference rather than being forced into a single vote.

Ranker’s hope is that he will give people more than two options at the voting booth, which will help focus the discussion on the issues rather than negative campaigning.

Because Ranker is running as an independent, it might be more difficult for him to win, said senior economics and government and politics major Mihir Khetarpal.

“People running unaffiliated have a harder time in [District 21],” Khetarpal said, because the portions of Prince George’s and Anne Arundel counties in the district tend to vote Democrat.

“But you never know in politics — anything can happen,” he added.

Ranker remains confident about his campaign.

“I wouldn’t be running unless I thought I could win,” Ranker said. “I don’t want to just complain and lament the system. I want to be a part of the change.”

Maryland law requires that independent candidates submit a petition of signatures to the Maryland State Board of Elections that amounts to 1 percent of the district’s registered voters, or 10,000 voters — whichever is less — to qualify for their name to appear on the ballot in November. In District 21, Ranker will have to collect about 850 signatures to qualify, he said. He hasn’t started collecting signatures yet, but he said he plans to do a three-month blitz leading up to the primary on June 26.

If he wins the delegate seat, Ranker intends to remain chaplain, he said.

“The two paths [of religion and politics] are not so different for him,” said Ranker’s mentor and former Lutheran chaplain at this university, Pastor Elizabeth Platz. “To be a chaplain is to walk with people,” Platz said, something Ranker calls “accompaniment,” which he learned from working with children in Argentina and Brazil. Rather than imposing his beliefs on the children, he would follow and learn from them.

“A good public servant is the same thing,” Platz said. “I wish we had more people like him who are willing to go into public office.”

As a pastor, Ranker has organized CARing Kids — a youth program in Langley Park. Children are paired with a student at this university who helps them with skills like reading and cooking, said Katie Evans, a senior history and secondary education major, who volunteers with the program. Evans said she met Ranker as a freshman and sees him as a mentor and father figure who listens to her problems and gives her career advice.

“He recognizes that there is still so much to learn from other people,” Evans said — a trait she said is rare in politics. “He’s willing to hear people’s side.”