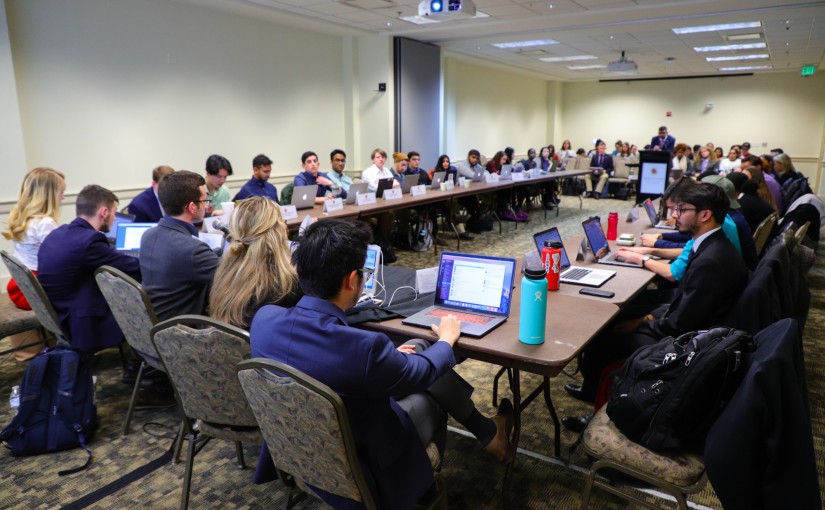 The Student Government Association bill will provide a subsidy so that the first 88 students to register for CPR training through University Recreation and Wellness can pay $20 — which is $50 off the original price, said bill sponsor David Rekhtman, a freshman biochemistry and physiology and neurobiology major.

[Read more: SGA to fund about 40 percent of student group requests, as well as scholarship fund]

He said having students trained in CPR would make campus a safer community, and could enhance students’ job prospects, since employers value those who can make their workplace safer.

The bill passed with a vote of 29-0 with two abstentions: the speaker of the legislature and a new SGA member who is not yet certified to vote on financial matters.

Rekhtman, the Ellicott representative, said it costs RecWell $70 to certify its own employees using the American Red Cross’ program, and RecWell agreed to host two training seminars for students at the same price. The Student Government Association allocated $4,400 to pay for $50 of each of the 88 participating students’ overall cost through this bill.

It costs about $100 to get CPR training through the American Red Cross, according to its website. RecWell will be offering the most rigorous certification program, which the Red Cross uses to train rescue workers.

Rohini Nambiar, the director of the SGA Health and Wellness Committee, said his group is still ironing out the dates, times and registration details for the training sessions since they wanted to wait for the SGA’s stamp of approval.

“It’s a lot of money, we totally understand that,” the junior public health science major said. “We wanted to be as thorough as possible.”

The SGA also approved two candidates to its Election Board on Wednesday night, after significant debate last week about the diversity of the candidates. The board is still short one staff member with the SGA elections about one month away — they’ll begin on April 17 and continue until April 20.

Alaina Kahn and Shivani Raina, both senior psychology majors, were approved without debate. Aaron Gladstone, the head commissioner of the board, said one of last week’s deferred candidates, Ilana Bernstein, withdrew herself from the process, citing personal time constraints.

Gladstone, a senior government and politics and history major, said Tuesday that he was having trouble finding suitable candidates for the board, which oversees SGA elections, despite renewed efforts.

“As I said last week, we’ve gotten a lot of no’s. I worked with the SGA director of communications to put out an application, which is actually new,” Gladstone said. “We got a couple responses that a lot of us didn’t feel would work for various reasons, whether it was logistical or just experience within the school.”

The election board registers students to run for positions, advertises the elections and monitors the election process to ensure all candidates are abiding by the rules.

He said the student groups he reached out to in the previous week were generally unresponsive, adding to the difficulty of the election board’s time constraints.

“You can’t do a three-month search in two and a half weeks,” Gladstone said. “You can’t do it in one week, either.”

Ja’Nya Banks, the SGA’s director of diversity and inclusion, said that it was important to make sure the students involved held different perspectives, but she understood that the requirements for candidates were difficult to meet.

“It’s a small group, the election board, so you can’t get a perfect representational pool,” Banks said. “The point is just to reach out as much as possible, and if it’s really hard to go find people, just keeping track of all the efforts that you’ve already undertaken.”