No bowl game, no NCAA tournament: Maryland joined a sad list this season 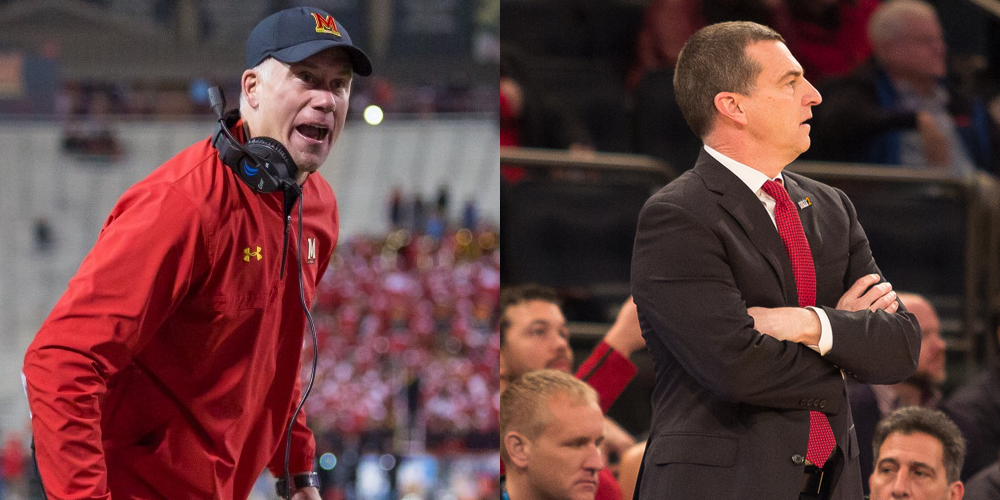 On Sunday, we learned something that every Terps fan knew was inevitable the minute their loss to Wisconsin in the Big Ten tournament went final: For the first time in four years, the Maryland men’s basketball team was not making the NCAA tournament.

This particularly hurt, given the fact that just a few months ago, Maryland football also failed to make a bowl game.

Of course, as the old saying goes, misery loves company. Maryland was not the only school that managed to miss the biggest reward in both football and men’s basketball. Below, you can find a table of all the Power Five schools that have joined the Terps in this club of sadness.

*Mississippi had a postseason ban for football this season, but 6-6 isn’t that impressive anyway.

The first thing that stands out about this table: My goodness, the Big Ten had a rough year. Six of the 14 members of Maryland’s conference were shut out of the NCAA tournament and all bowl games.

We can also be grateful that while the Terps didn’t have a great year in football or men’s basketball this year, Maryland managed to win at least one conference game for football and basketball. The same can’t be said for Illinois, Oregon State or Pitt.

On the flip side, the Terps basketball team didn’t get into the NIT, either, while Nebraska and Baylor made the cut. So Maryland is one of 12 schools that’s fallen short of the top two basketball tournaments, in addition to not playing in a bowl games.

Of course, it should also go without saying that the Terps joined this list thanks in large part to some bad luck in the injury department. With a healthy Tyrrell Pigrome and Justin Jackson, would Maryland have made a bowl game and the Big Dance this season? Probably.