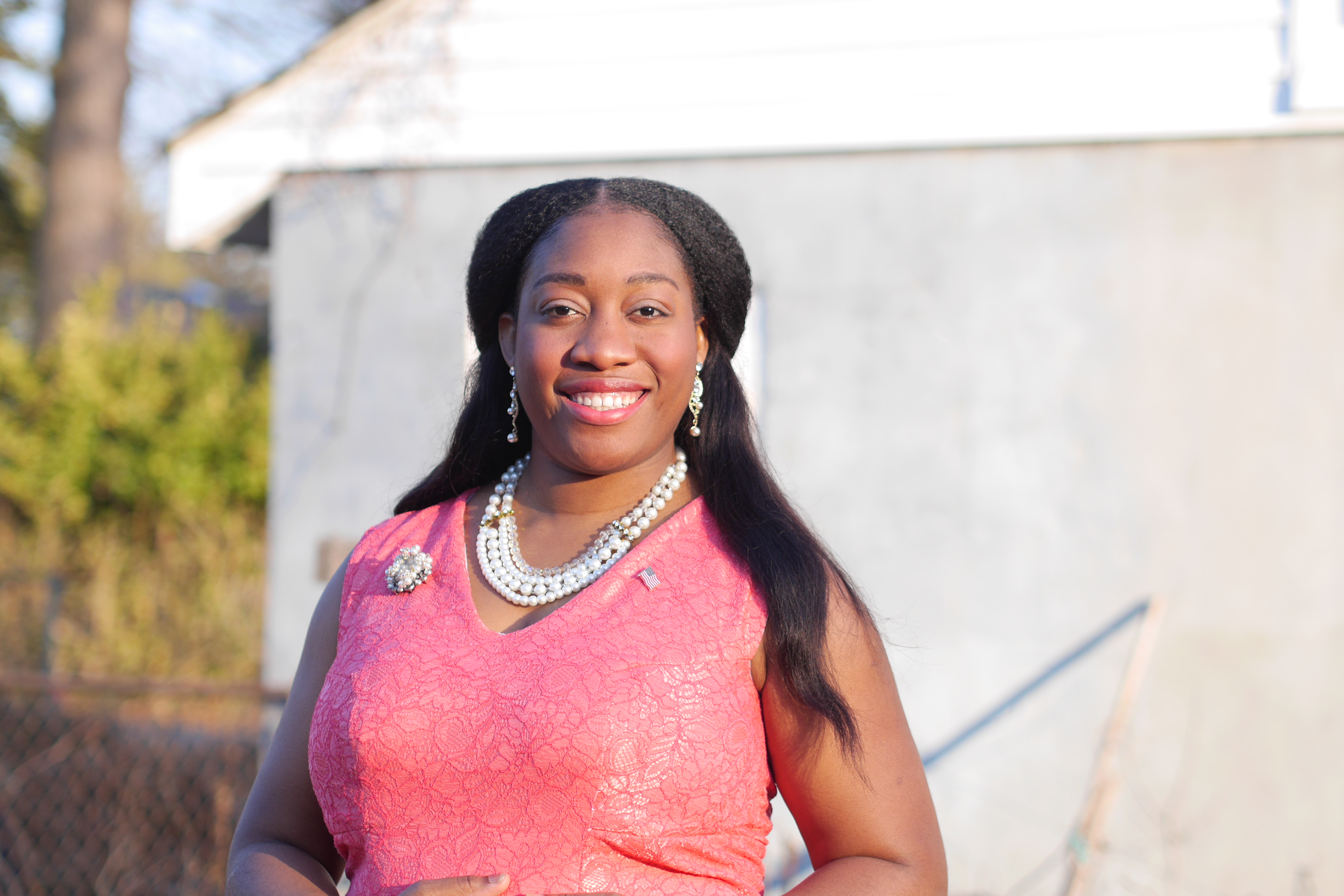 Winnie Obike, a fifth-year University of Maryland communication doctoral student, is running to represent part of Prince George’s County in the Maryland House of Delegates in the 2018 election. She could be the only black Republican woman in the State House if she wins.

Obike leads Africans for Hogan, a coalition of African immigrants who support Gov. Larry Hogan. Obike, whose parents immigrated from Nigeria, decided to run to “show my people that one of your own is Republican.”

With the primary in June, Obike is currently the only Republican candidate in the District 22 race. But come November, she could be fighting against three Democratic candidates for one of the three seats in Maryland’s 22nd district, located in a county where registered Democrats outnumbered registered Republicans about 10 to 1 as of 2017, The Washington Post reported.

Five Democratic candidates are vying for a spot in the race: Tawanna Gaines, Anne Healey, Ashanti Martinez, Alonzo Washington and Nicole Williams. Gaines, Healey and Washington currently represent the district in the House of Delegates. The three top-voted candidates in the Democratic primary will move forward to face off with the Republican Party nominee in November, and the three candidates with the most votes in the general election will win the District 22 seats.

Healey and Martinez declined to comment on Obike’s decision to run. Gaines, Washington and Williams did not respond to request for comment.

Earlier this month, Obike launched her bid, describing her run as a grassroots campaign — she has reached out to friends for endorsements.

“Some of my opponents are going to try to knock on every single door in the district, which is great, and I’ll try to do that too,” she said. “But my strategy will be to reach out to churches, prayer groups and talk to pastors and say, ‘Hey, you know that Christian values are conservative values.'”

Obike’s peer in the communication department, doctoral candidate Will Howell, said although he disagrees with many of Obike’s viewpoints, he appreciates her support for a bill that would give graduate student employees collective bargaining rights, which is making its way through the State House.

“It’s a really great demonstration of how significant these issues are that someone like her, who is generally pretty conservative … would support unionization,” he said.

Obike submitted favorable written testimony to the Senate Finance Committee and the House Appropriations Committee for the bill’s hearings in these committees.

Obike describes herself and her family as “lifelong Catholics” who support the “pro-life movement”. She also said she wants to educate constituents on using their Second Amendment rights to defend themselves and their families.

“Seven to nine miles away from the White House, here in District 22, there is some MS-13 gang activity,” she said. “It is very important for everyone to arm themselves to protect themselves from gang activity.”

While College Democrats President Jake Polce said he does not know much about Obike’s platform, her stance on gun rights “kind of blew me away.”

“I can’t speak for all of District 22, but turning P.G. County into the Wild West doesn’t really sound like a good idea to me,” he said.

College Republicans President Steven Clark declined to provide a specific comment on Obike’s bid, as he said he does not know her personally, but he said the group is “always happy to see a young person run for office as a member of the GOP.”

Obike said she is not a “traditional” Republican, saying she wants prison reform, as “a lot of black men are in jail today for minor drug misdemeanors,” and strongly supports immigration.

“I’m firmly against deportations, except the deportation of criminals,” she said. “But I am fully in support of any legal means to help immigrants assimilate into society — a pathway to citizenship or not.”

In 2011, Obike worked on the presidential campaign for Republican Tim Pawlenty, former governor of Minnesota from 2003 to 2011. In 2015, Obike ran for a seat on the Hyattsville city council, placing fourth out of seven candidates.

Now, less than three years later, Obike’s two sons, one 2 years old and the other 8 months old, and her husband, Kingsley, are cheering on her new campaign.

“She has my support, and our little ones, even though they don’t understand what she’s doing, they definitely support their mother,” he said. “There’s no doubt about the love and support she will receive, no matter whatever challenges her campaign brings about.”