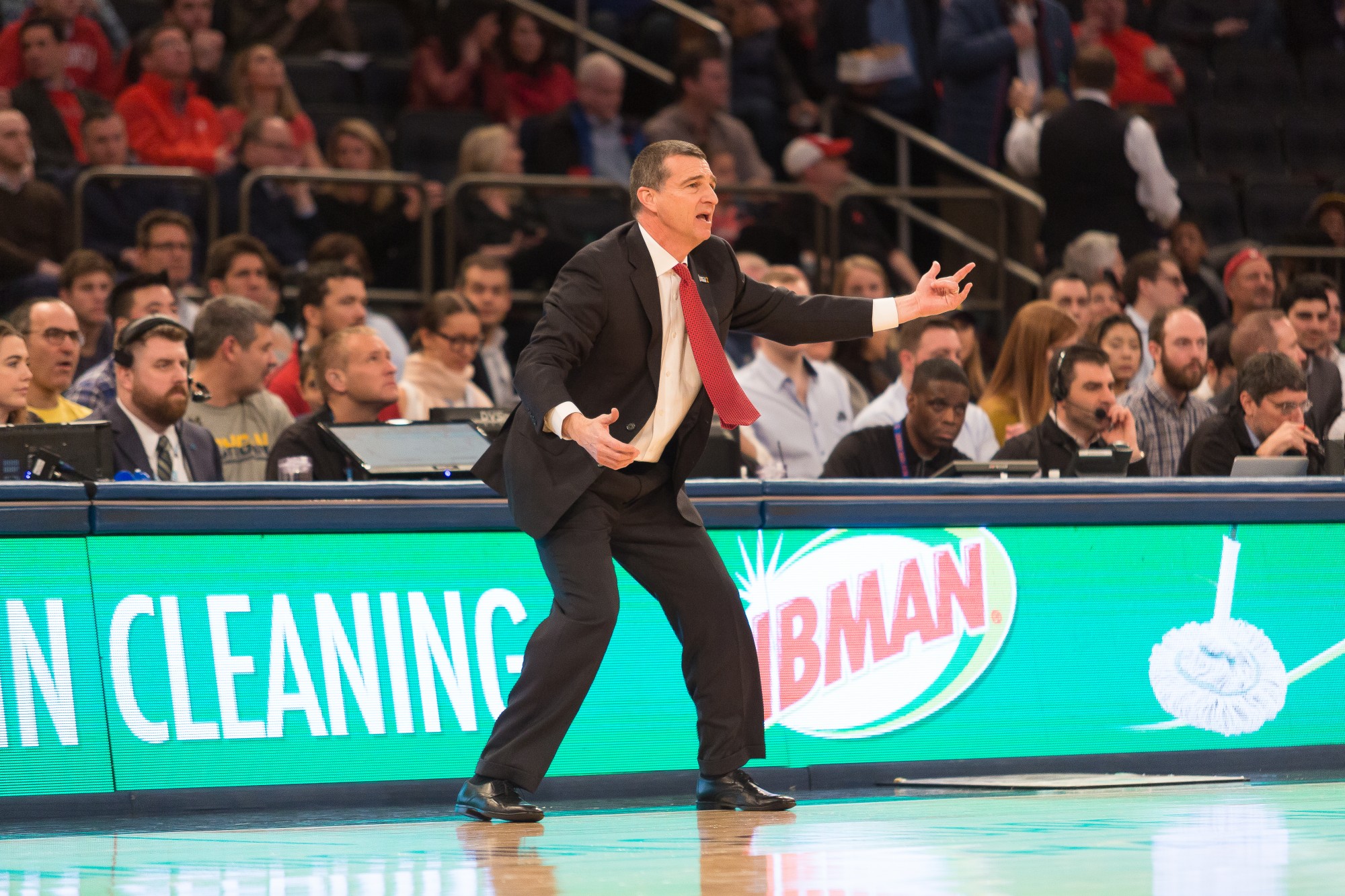 NEW YORK — As his teammates scurried down the court for a pair of Wisconsin free throws, guard Darryl Morsell remained on the other side of the floor for a few seconds and pulled his jersey over his face, taking a moment to soak in his Maryland men’s basketball team’s imminent elimination from the Big Ten tournament.

Maryland had the ball trailing Wisconsin by three with five seconds remaining when Badgers forward Khalil Iverson stole guard Dion Wiley’s inbounds pass. Iverson ran down the court with a smile on his face before Wiley fouled him.

The inbounds pass was supposed to go to Anthony Cowan, the guard said, and he would pass to guard Kevin Huerter for the final shot. But Cowan, who Turgeon screamed at during the play, wasn’t in the right position, he said.

Iverson sunk both free throws to seal No. 9 seed Wisconsin’s 59-54 win over No. 8 seed Maryland in the second round of the Big Ten tournament at Madison Square Garden. It marked Maryland’s ninth loss by six or fewer points this season.

The Terps, who will likely miss the NCAA tournament for the first time since 2014, will learn their National Invitation Tournament seed March 11.

“You really can’t change it. We just have to want it more,” said Morsell, who dabbed tears from his eyes in the locker room. “That’s really it.”

After the sophomore scored six consecutive points, forward Ethan Happ fouled him with 9.2 seconds remaining and Maryland trailing by two.

Huerter then intentionally fouled Badgers guard Brad Davison, and after the freshman drained both free throws, Davison fouled Cowan to force the Terps to reset their offense and throw in the ball. That strategy paid off, and Maryland’s worst season since 2013-14 continued its horrid ending.

“In every close game we could look back … and say it was the same thing over and over again,” Huerter said. “We never fixed it.”

Turgeon said he involved more players in practice this week, but the Terps’ depth was still a glaring issue Thursday. Cowan, Huerter and forward Bruno Fernando accounted for 48 of the Terps’ 54 points.

Maryland (19-13) limited Happ, who made the All-Big Ten First Team, to 14 points through Fernando’s stingy defense and frequent double teams, but three other Badgers scored in double figures.

While Wisconsin’s offense was stagnant for most of the second half, struggling to provide Happ decent looks, the Terps rarely took advantage on offense and never led in the second frame. With about one minute remaining and the game tied, Wisconsin (15-17) grabbed two offensive rebounds, a possession which ended with guard Brevin Pritzl sinking a jump shot.

“Whether it was a rebound or a missed shot or whatever it was, we just couldn’t get [the lead],” Turgeon said. “It’s kind of the way the year’s gone.”

Regardless if Fernando and forward Justin Jackson leave for the NBA Draft, the majority of the Terps’ key contributors will likely return next season, including leading scorers Cowan and Huerter. Plus, 247Sports ranks Maryland’s 2018 recruiting the 14th best in the country.

For now, though, Fernando said the sting of Thursday’s loss will take a few days to recover from. The Terps have struggled grabbing boards and scoring late all season, and those errors cut short their last chance to make the NCAA tournament.

“Those games like that,” Fernando said, “hurt even more.”