Maryland has a moral duty to protect its wilderness 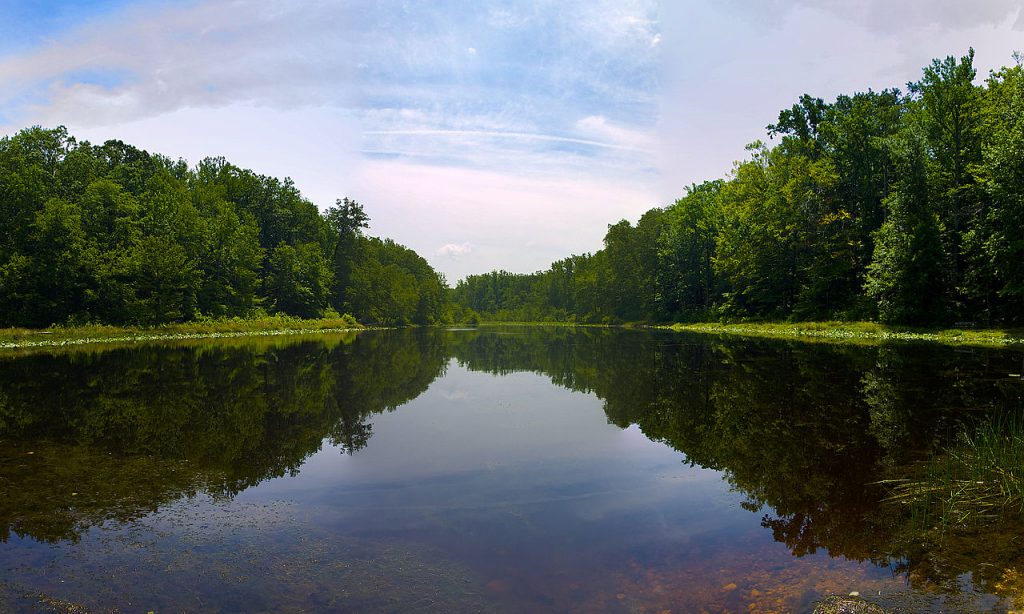 Environmentalists and state lawmakers are scrambling this legislative session to protect Maryland’s forests from degradation and development. The Forest Conservation Act, Maryland’s primary protection against unsustainable destruction of woodlands, includes several holes that leave our densest and most ecologically important forests vulnerable.

As University of Maryland professor David Newburn put it, “The most forested areas are the least protected by the Forest Conservation Act.”

[Read more: Donald Trump’s stances on the environment are “worrisome” for Maryland]

Maryland’s wildest forests have undeniable ecological value; without them, biodiversity loss will only accelerate. Certain species — such as the Eastern box turtle and several types of birds — can only survive in dense forests. And preservation of dense forests is essential to one of Maryland’s other environmental imperatives — protecting the Chesapeake Bay.

These forests absorb polluted runoff before it reaches the Bay. And in more developed regions along the Western Shore of the Chesapeake, forest loss is the greatest threat to the Bay ecosystem’s health.

But Maryland’s responsibility to its wilderness is also moral. Roderick Nash, the great environmental historian, argues that the history of human progress is the greater expansion of rights.

While previously rights were contingent on gender, property ownership or race, those restrictions have now, at least nominally, begun to fall away. And as we continue to morally progress, nature and biodiversity should begin to possess rights.

In addition to endowing nature with rights, we should start viewing wilderness and nature as parts of our moral community. In human societies, individuals frequently restrict their freedom in the interest of harmony and community. Community always requires restraint.

We choose not to let people carry rocket launchers or drop trash in the middle of a public street because it would make our lives collectively worse. Similarly, we should choose not to exercise our freedom to develop every last pocket of wild land, because doing so is a detriment to human and non-human life.

Maryland residents must shift their understanding of nature from an object of conquest to an equal member of a community. Doing so will summon the virtues — restraint primary among them — needed to tackle our biggest problems. A moral framework that grants wilderness rights and has a communal understanding of nature would inspire humility and self-control.

Most of our greatest threats — nuclear proliferation, climate change, an unjust economic system — betray a lack of these virtues. Dangerous weapons aren’t enough, so nation-states need weapons that are a threat to human life itself.

Consumption isn’t enough, so individuals need unsustainable consumption that has sparked a massive extinction event. Wealth isn’t enough, so billionaires continue to hoard so much cash they could single-handedly end extreme poverty on Earth.

The decision to preserve wilderness requires human beings saying “no” — to growth, to expansion, to development. A society that protects wilderness possesses the moral character necessary to roll back greenhouse emissions and redistribute economic resources.

Maryland residents and lawmakers must begin to build a stronger moral relationship with nature and wilderness. That means revising our laws, including the Forest Conservation Act, to aggressively defend our wildest land against human disruption. That work will preserve the Chesapeake Bay and Maryland’s biodiversity, and will give our state moral strength to meet the future’s challenges.