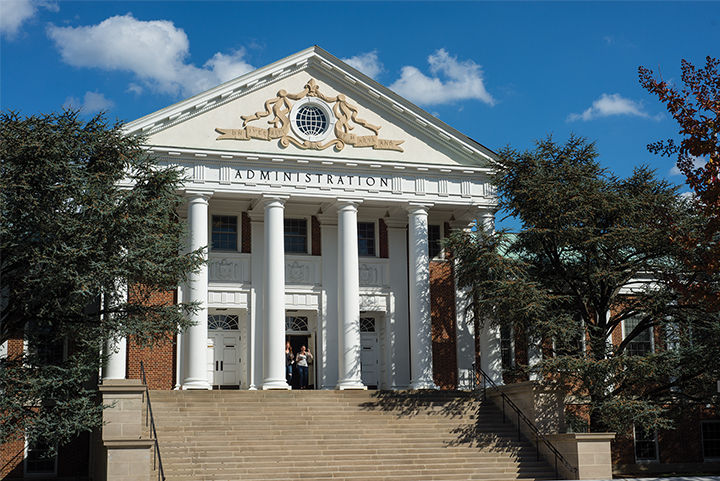 “We recognize that students benefit from civic discourse and dialogue,” the Maryland admissions account tweeted Monday afternoon. “Non-academic disciplinary action from high school will not affect a student’s admission to the University of Maryland if they are engaged in peaceful and respectful protest.”

The announcement comes after a spike in student gun control activism following a mass shooting at Marjory Stoneman Douglas High School in Parkland, Florida, on Feb. 14, in which 17 students and staff members were killed.

[Read more: A record number of people have applied to the University of Maryland]

Students across the nation have organized the “March for Our Lives” on March 24 in Washington, D.C., “to demand that their lives and safety become a priority and that we end gun violence and mass shootings in our schools today,” the march’s website reads. Corresponding marches are expected in other major cities, The Washington Post reported.

CNN reported Wednesday that some school districts were cracking down on students who were involved in walkouts or other forms of political protests. One district in Texas warned it would suspend students involved in either activity.

This university joins institutions such as Johns Hopkins University and Penn State University, among several others, in this decision.

“If a student is exercising his or her first amendment right to protest, it is inconceivable to me that any public institution would say ‘Well, that’s going to count against you in admissions,'” university President Wallace Loh said. “I mean, if we did that, we would go to jail.”

Loh noted he initially thought the announcement was unnecessary because he assumed it was “so obvious” that this university would not allow admissions to be affected by students exercising their first amendment right to protest.

“Glad to see @UofMaryland affirm its commitment to free speech through peaceful protest. This sentiment must be at the core of a civic-minded community,” the senior economics and government and politics major wrote.