After transitioning to the mound this summer, Kevin Biondic is helping Maryland’s bullpen 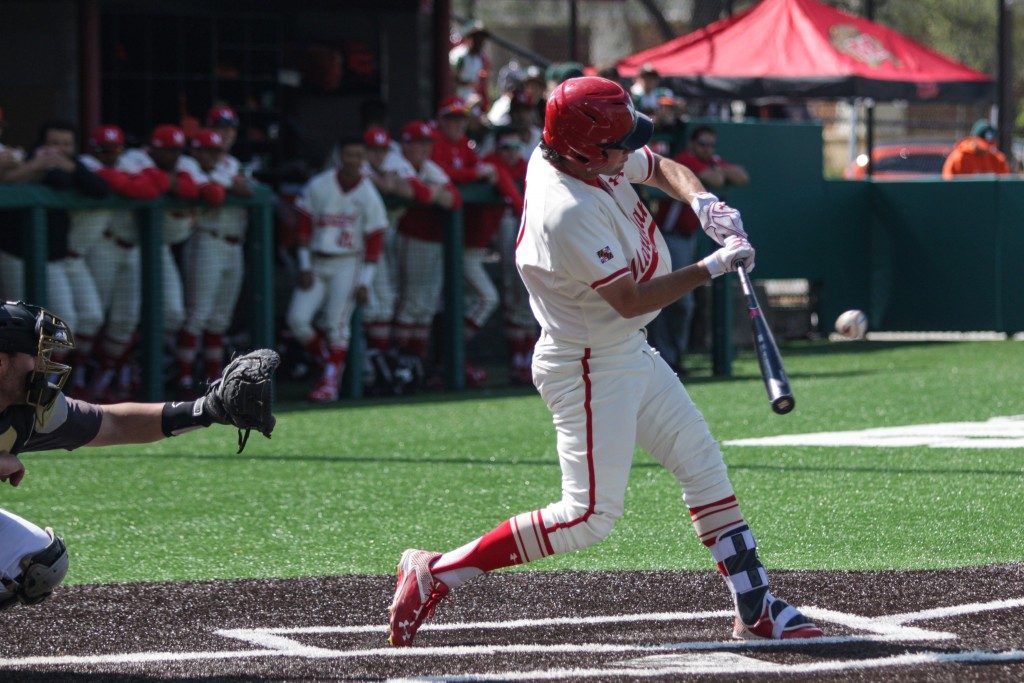 Throughout Maryland baseball’s weekend series against Army, first baseman Kevin Biondic ran from the dugout to the bullpen to warm up for a potential relief appearance while the Terps batted. The whirlwind was a throwback for the senior.

What started out of necessity for the Thunder Bay Border Cats in the Northwoods League last summer and continued because of a lack of depth in Maryland’s bullpen has reaped rewards early for the Terps.

Biondic, who starts at first base when he’s not on the mound, has etched out a legitimate role for himself as a reliever, eating innings for an inexperienced pitching staff and continuing a trend of position players turned pitchers at Maryland.

“I couldn’t imagine this in the summer,” Biondic said. “But I think I’ve transitioned pretty well. … Who would’ve thought I would’ve been the first one out of the pen [Saturday]?

“I just feel like a little kid again, running all over the place, trying to do two things at once.”

With the Terps trailing Army 2-0 in the seventh inning on Saturday, Biondic entered for left-hander Tyler Blohm. The senior tossed three innings, allowing an unearned run while striking out five batters.

Biondic’s efforts helped preserve a thin bullpen, weakened by the absence of right-hander Ryan Hill, who coach Rob Vaughn is hopeful will return from an undisclosed injury for Maryland’s Wednesday contest against VCU.

His three innings saved arms to cover for right-hander Hunter Parsons’ short Sunday start — three relievers tossed 4 1/3 scoreless innings to prevent a series sweep — and preserved pitchers prior to Wednesday. After burning through 10 pitchers Feb. 18 during a doubleheader against Tennessee, the Terps should be more prepared for VCU than they were for their loss at William & Mary.

“Kevin, being a guy who’s been in college a long time, he has savvy,” left fielder Marty Costes said. “He’s a good guy to throw on the mound for us.”

In five innings this season, Biondic has struck out eight batters and hasn’t allowed an earned run, holding opposing hitters to a .111 average. Facing Tennessee in the season opener, the Oak Lawn, Illinois, native hit a batter and walked another before retiring the side. Since then, he’s found more command of the strike zone.

“His first outing he had this year he was super amped up and was trying to really get on it and go,” Vaughn said. “After that first outing, he’s really settled in to who he is. I mean, shoot, if he’s throwing that knuckleball for strikes and is coming at you with 92 [mph] with a hammer slider, he’s going to be tough to hit.”

Former Maryland position players have contributed on the mound in past years, such as right-handers Jamal Wade and Mike Rescigno. Wade was drafted in the 17th round of the 2017 MLB draft and Rescigno was taken in the 25th round in 2016.

Rescigno didn’t have a plate appearance after he moved from infield to pitcher in 2015, and Wade had just seven at-bats last season as a junior following his switch from outfield to the mound.

Biondic, meanwhile, has maintained starting duties at first base, and he made a slew of quality defensive plays this weekend.

He’s hitting .192 to start the season through 26 at-bats, but Biondic hit a triple on Sunday and eventually scored to help secure the Terps’ lone win of their series against the Black Knights.

Before pitching during the summer, Biondic last pitched in high school. Because of his experience at the plate, Biondic understands the way batters think when he’s on the mound.

“I understand how hard hitting actually is,” Biondic said, “so attacking hitters is probably the No. 1 thing I go after.”