Oscars Predictions: the big ones 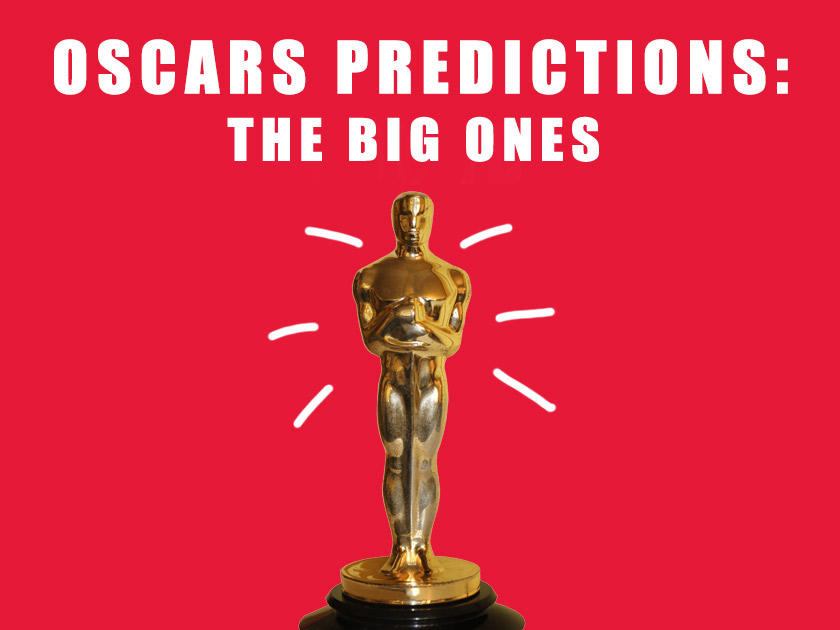 The 90th annual Oscars will air on ABC this Sunday, March 4. This week, I’m focusing on major categories that indicate which movie will come away with the biggest wins. Whip out those Oscar ballots, because this is the last week in my prediction series.

This is the only category that doesn’t have a lot to do with the best picture race, but it is still a major category. Coco was one of Pixar’s best movies ever, and its most original since Inside Out. The only potential film to surpass Coco is Loving Vincent, purely for its ingenuity of being an entirely painted film. That said, it’s hard to compete with Coco‘s popularity and deserved praise.

Who will win: James Ivory, Call Me By Your Name

Who should win: James Ivory, Call Me By Your Name

With a Writers Guild of America award, and now a BAFTA, Call Me By Your Name is the clear favorite for the adapted screenplay trophy. No other movie in the category has received as much award recognition, and no film is as deserving as the BAFTA winner. The nominations for The Disaster Artist and Logan feel like the Academy tossing nods to acclaimed movies it otherwise didn’t show much appreciation for. No movie in the category sticks out as a possible spoiler to Ivory’s adaptation.

Who will win: Martin McDonagh, Three Billboards Outside Ebbing, Missouri

Who should win: Jordan Peele, Get Out

McDonagh won the BAFTA for best original screenplay, and he’s an acclaimed writer who has yet to win an Oscar for his scripts. McDonagh was also snubbed for a Best Director nomination, indicating the Academy may make an effort to reward McDonagh in this category. That said, the WGA winner Get Out deserves this award. Peele’s directorial debut was the people’s movie of the year, and it’s unlikely the film will see any other praise from the Academy. Get Out was truly original, an impressive directorial debut for the sketch comedian.

Who will win: Guillermo del Toro, The Shape of Water

Who should win: Guillermo del Toro, The Shape of Water

Guillermo del Toro has taken home a lot of hardware en route to the biggest honor in cinema. The Shape of Water is a beautifully directed movie and a challenging undertaking. It’s impossible to imagine another director having a similar vision, or pulling it off as well. While each director nominated in the category deserves an honorable mention for their exceptional work, they don’t measure up to del Toro this year.

Who will win: Three Billboards Outside Ebbing, Missouri

Who should win: The Shape of Water

Three Billboards deals with the repercussions of sexual assault and racism, and, after this year’s Me Too movement, the Oscars are sure to focus on a great film that discusses issues that have dominated headlines. The Oscars have recently had one movie win a higher number of Oscars, while another takes home the top prize. This happened in 2014, 2016 and 2017. Following this pattern, I predict The Shape of Water will win five awards to Three Billboards‘ four. And if a movie is nominated for — and takes home — more Oscars than any other movie, isn’t that the true Best Picture?