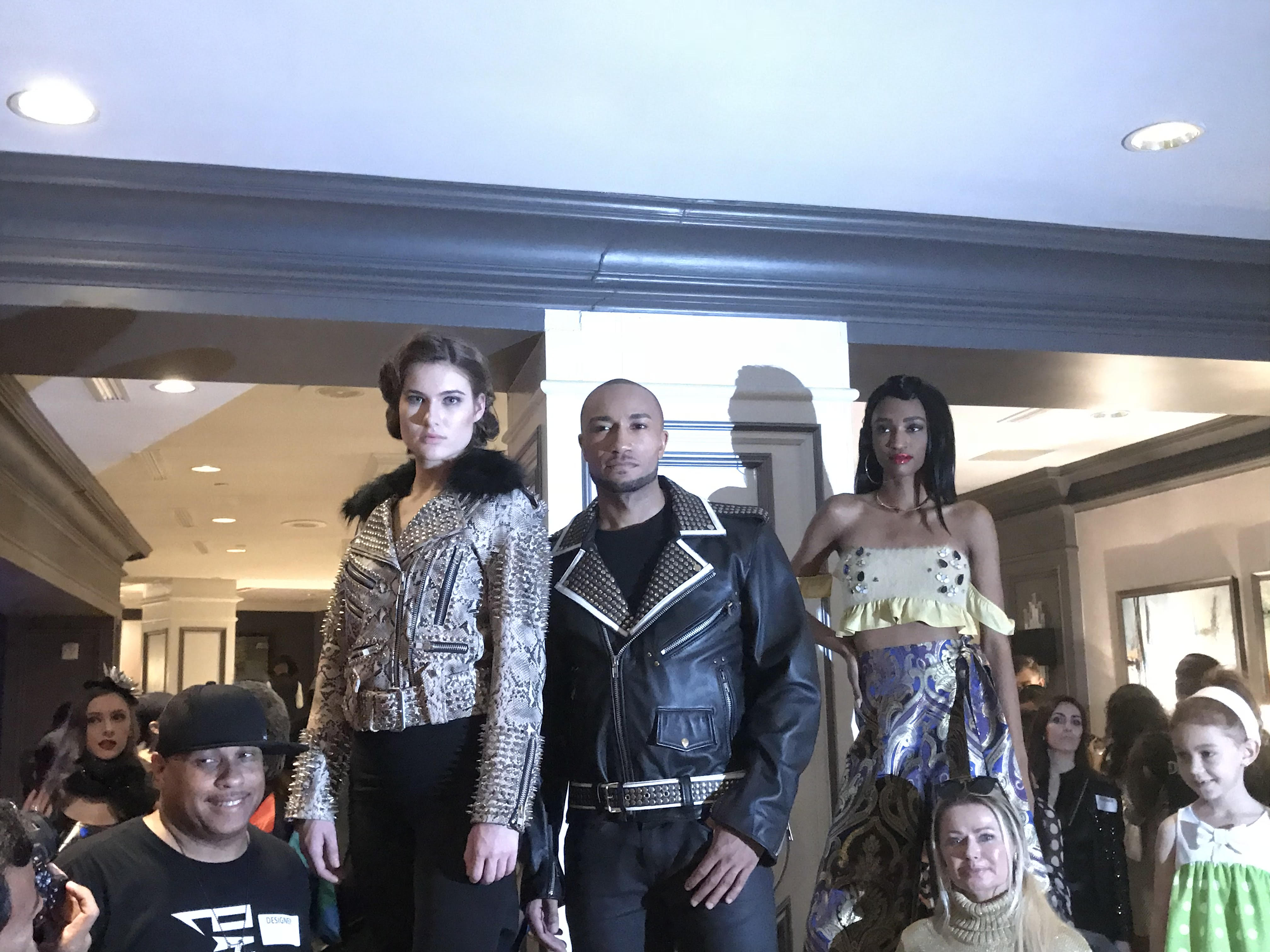 Ten minutes before I was supposed to leave for D.C. Fashion Week I realized that in trying to remove a stain on my dress I had somehow allowed the stain to more than double in size. My life was finally paralleling a secondary character’s storyline on a poorly written teen sitcom.

D.C. Fashion Week is the area’s pinnacle display of fashion and a showcase of design talent on a global scale, according to D.C. Fashion Week Executive Director Ean Williams, whose resume includes professional model and designer, as well as NASA engineer.

“D.C. Fashion Week is a nonprofit organization, so we definitely give back to the fashion community,” he said. “We are the capital city, we are the home of many embassies. We basically want to be the Olympics of fashion weeks. We want every country to send their very best design talent to D.C. Fashion Week to celebrate fashion from all around the world.”

This year, for the first time, D.C. Fashion Week hosted a press night, a chance for media to get a first look at all the participating designs.

The invitation for Press Night included information as vague as “preview season 28 designer collections,” and as specific as “music by violinist Marvill ‘Marvillous Beats’ Martin.” Entering Georgetown’s Melrose Hotel, I had no idea what to expect. From outside the double doors I heard the faint thrum of electric violin, Marvill’s siren call.

The first half of the night was a meet and greet with designers. It is important to note that this night had a lot of sponsors, but was most heavily sponsored by Sprite and T-Mobile. In order to enter the design showroom, I had to pass a team of T-Mobile representatives at a bright pink T-Mobile table. They wanted to know if I wanted a T-Mobile pen, or a T-Mobile pamphlet, or a T-Mobile sticker, or any number of items on their table full of T-Mobile branded merchandise. I half-expected the first design to be a bright pink dress knit from the cushy fibers of T-Mobile cozies.

As I navigated the room trying not to get in the way of the thousands of photos being taken, I met Nadia Azumi, who creates hand-painted silk couture. Azumi is Italian-born and married to a man who is Japanese. The flyer she handed me referenced her desire to “branch the two worlds of the Italian Renaissance and the beautiful colors and lines found in Japanese kimonos.” She showed me with a smile how the silk shoulder wrap on display could double as a sarong.

I also spoke with Byron V. Garrett, the visionary and chief creative officer of The Valdecio Collection, which was showcasing its unisex line of colorful loungewear. To his right was a mannequin donning a bright fur-lined satin robe. I asked him what the biggest trends in fashion were at the moment. He said that color, flair and having a “retro nod but still [being] modern” were big.

The cocktail portion of the evening was upstairs. I sipped an $8 drink as Marvill continued to shred the violin in the corner. I met quite possibly the only person in the room who didn’t come for fashion. He said that he was a “regular” of the bar, and thought that he would stay for the fashion, which seemed “pretty cool.” In a city brimming with interesting nightlife, this man had chosen to frequent a bar in the lobby of an upscale hotel. An hour later I watched this same man talk to an older woman who was not being subtle about the fact that she was about to fall asleep.

The fashion show took place, inexplicably, in the lobby of the hotel. Models in brand-new designer couture smized and strutted past the elevators and straight through hotel reception, as a throng of media personnel maneuvered their cameras and iPhones for the perfect shot. I watched as bewildered hotel guests were thwarted in their attempts to navigate suitcases and baby strollers through the jungle of high fashion surrounding them.

“We’re about inclusivity,” said Williams. “We believe love comes in all shapes, sizes and ages, so you’ll see models as young as five years old up to 60 years old.”

His statement held up. The night’s shining star may have been the pint-sized model for children’s fashion, who bravely walked through a crowd of adults three times her size.

As the night came to a close, models fresh off the makeshift runway milled about with the press. Fashion bloggers filmed themselves on their iPhones. The clicks of cameras began to die down.

I slipped out the front doors, clutching a notebook and my new T-Mobile pen.