Few women are in political office. This UMD group wants to change that. 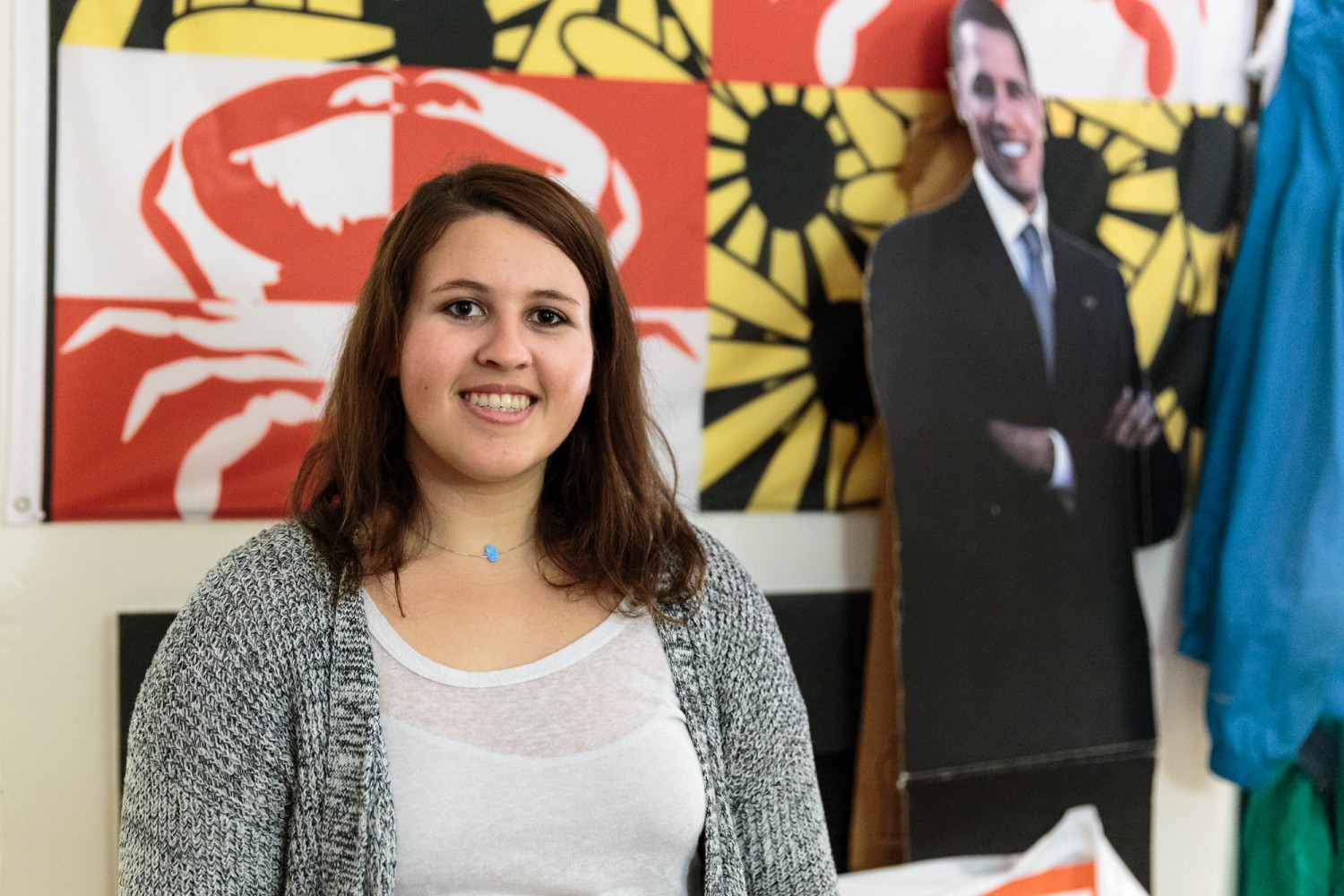 When University of Maryland student Emily Kaplan interned for a U.S. congressman in Washington, D.C., last year, she noticed something she felt was frustrating.

“Working on the Hill, I just saw so many white men walking around everywhere,” said Kaplan, a junior economics and government and politics major. “I was like, ‘Wow, this is such a visual representation of something that I know is happening.'”

That summer, Kaplan decided she wanted to help make change.

Kaplan, along with fellow student Manisha Sunil, co-founded this university’s college chapter of Ignite, a national organization that aims to empower young women to run for political office. The chapter started up in the fall 2017 semester.

Now in its second semester, Ignite holds debate-training sessions, community service projects and visits by female politicians from across the state, aiming to help members develop the skills and knowledge they need to be politically active, Kaplan said.

The group works to foster a sense of community and support among women, Kaplan said. Group meetings often include feminist-themed arts and crafts activities, discussion of social movements such as #MeToo or viewing feminist documentaries.

“There’s a real energy within that environment,” Kaplan said.

About 300 students indicated they were interested in getting involved when Ignite first advertised itself at this university’s First Look Fair in September, said Leila Dawson, the club’s treasurer.

“I feel like being a feminist is kind of ‘in’ right now,” she added. “We did get a lot of initial interest just because that’s a very current issue that people are dealing with.”

Kaplan said about 60 students have attended at least one Ignite event, and that the club sees a core group of about 20 at every meeting.

Kendall Bustad, an assistant clinical professor at this university, serves as the club’s faculty adviser. She said her experiences as a second-generation immigrant and woman of color opened her eyes to the issue of minority underrepresentation in her own field and elected offices nationwide, drawing her to Ignite.

“Young girls can’t be what they can’t see,” Bustad said. “If there isn’t representation for young women who aspire to have a career in politics, we’re letting them down.”

Female political representation steadily increased after 1921 — when Maryland had its first woman serve in elected office — until the late-1990s when progress stagnated, said Elizabeth Novara, who conducts research on state history and politics and is a historical manuscripts curator at Hornbake Library’s special collections.

From 1975 to 1995, the proportion of Maryland state legislators who were female increased from about 10 percent to almost 29 percent, according to data from the Rutgers Eagleton Institute of Politics. Since then, the number hasn’t seen substantial growth; women currently hold about 32 percent of all positions in the state legislature.

Novara said the heart of the issue isn’t that women have a harder time getting elected than men do, but that they run for office at much lower rates.

Among college students, men were twice as likely to seriously consider running in the future, according to a 2013 American University study. The disparities still exist over all age groups and professions.

“It’s not necessarily that women aren’t interested in running, but they might not be able to or feel encouraged to,” Novara said, adding that often, “they just don’t have the support from our society they need to be able to serve in political office.”

Part of Ignite’s work to combat that phenomenon consists of efforts to lift up women and girls of diverse backgrounds who may be struggling, Kaplan said. She noted that, last semester, the group fundraised for organizations that support victims of domestic violence, and currently, they are raising money for Girls for a Change, a group dedicated to empowering young girls of color.

Funds raised by Ignite this semester for Girls for a Change will go directly toward funding a bus to transport high school students in Northern Virginia to and from after-school activities, Kaplan added.

Sunil, vice-president of Ignite, said she anticipates that her club will grow throughout the semester and the coming years, as politics and social engagement are “becoming cool again.”

“The way people view women is changing. The role women play in society is changing,” said Sunil, a sophomore government and politics major. “We’re a representative democracy, and you have to make that mean something.”

CORRECTION: Due to a reporting error, a previous version of this article misidentified the co-founder of this university’s chapter. This article has been updated.