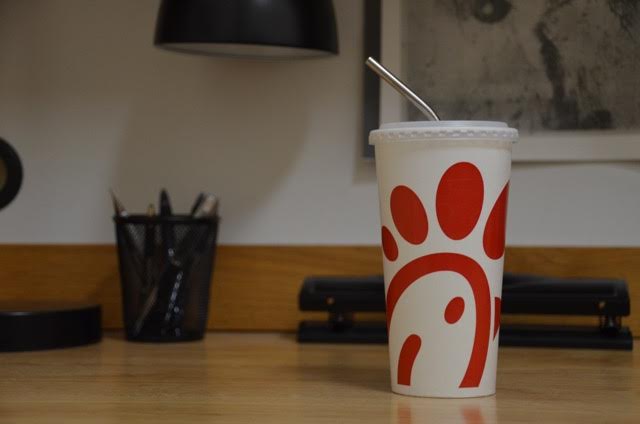 After some research and exploration into sustainability efforts at the University of Maryland, sophomore Lillian Wessel realized a specific item has a large impact on the world’s oceans: plastic straws.

“[Plastic straws are] not recyclable, and most of these just end up in landfills, which ultimately end up in our oceans,” said Wessel, an environmental science and policy and Spanish major. “Plastic straws are a super easy thing to give up.”

This semester, several campus groups and organizations are petitioning for a campuswide ban on plastic straws and aiming for university facilities to eliminate them by the end of the academic year in May, Wessel said.

In fall 2017, Wessel helped co-found a chapter of the Sustainable Ocean Alliance, a national organization that aims to combat oceanic pollution and increase awareness of the issue, in an attempt to reduce plastic pollution at this university. The chapter is collaborating with organizations including Dining Services and Net Impact-STEM, a university chapter of a global community that focuses on environmental change, on the push for the straw ban.

“Convenience kills,” Wessel said. “Even though something might be super convenient, you don’t think about how negative the impact could be.”

Every day, 500 million straws are used and discarded in the United States alone, enough to wrap around the Earth’s equator 2.5 times, according to the Plastic Pollution Coalition. These straws can break into micro-plastics, which can be ingested by the sea life that humans consume — such as oysters — and potentially kill them, Wessel said.

The petition has more than 600 signatures and hopes to garner at least 1,000 total supporters. After the petition is complete, the chapter intends to start working with the University Senate and the Student Government Association to pass official legislation at the university level, Wessel said.

“We would be able to eventually cut [the plastic straws] up so that they don’t get lodged into a sea turtle,” Stocksdale said.

Dining Services is meeting with the organization to assist with the campaign, said Allison Tjaden, the department’s assistant director of new initiatives.

“We have contacted our vendors to better understand what other alternative products are available,” Tjaden said. “I know, just from a personal perspective, I don’t use plastic straws. So I have a personal ban on plastic straws in my life.”

“As a university group, and a student-run organization, we want to do what we can, and this is the first step,” Gerszberg said. “We’re really excited to work with the Sustainable Ocean Alliance.”

Freshman animal sciences major Rachele Franceschi is aware of the impact of plastic straws on the oceans, and said she would support the campuswide ban.

“If people really want straws, they can buy their own straws,” Franceschi said. “It’s a lot of effort to make something so small that’s only a one-time use.”

The Sustainable Ocean Alliance chapter is still deciding what will ultimately be done with the remaining plastic straws brought to the campus before the ban, with ideas including a plastic straw art sculpture and various plastic straw events, Stocksdale said.