College Park will get a new soccer field this spring 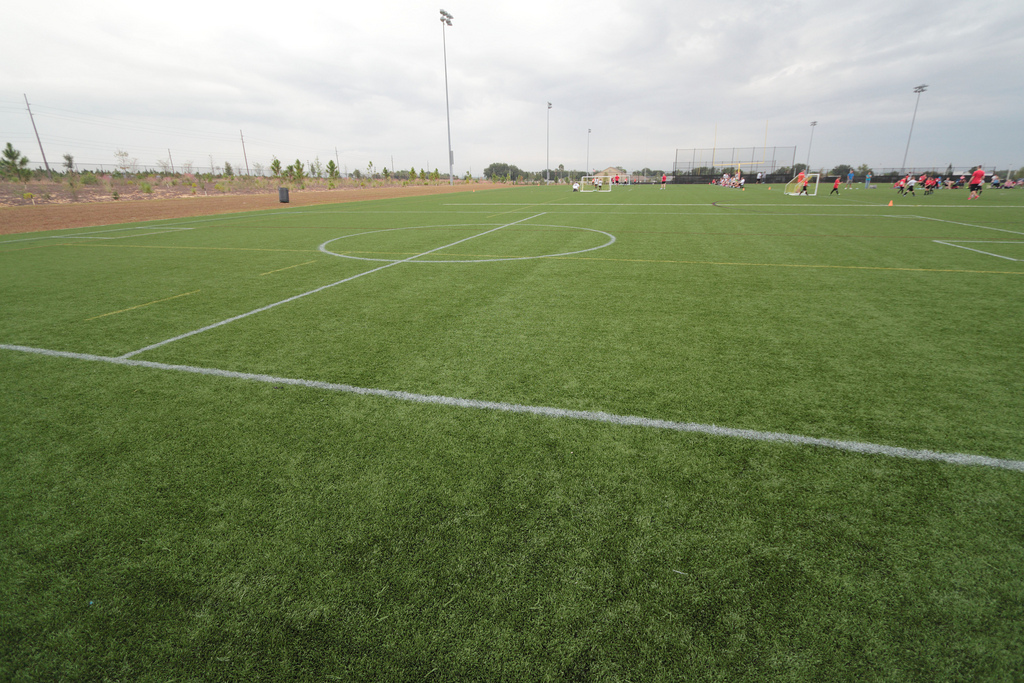 North College Park’s Hollywood neighborhood will get a soccer field this spring.

The new field will replace a small softball field located at the park’s south end. The softball field’s backstop has already been removed for the project, North College Park Community Association President John Krouse wrote in an email.

“It will be ready before spring, which is around the corner,” District 1 Councilman Fazlul Kabir said.

The field will have one permanent and one movable soccer goal to allow other sports the community expressed interest in — including cricket — to take place on the field.

Stephanie Neal, Prince George’s County Department of Parks and Recreation’s northern area operations park superintendent, said the new field is only intended for non-regulation pick-up games and youth sports practices, making the project a low-priority item. The department will make more progress on this project after renovating other fields that require more permitting and when it has the time and funds it needs, Neal said.

Because the county owns the field, its parks and recreation department, and not the city of College Park, conducts the renovations, District 1 Councilwoman Kate Kennedy said.

“The city doesn’t make the decisions about what happens on that field,” Kennedy said.

To convert the softball field into a soccer field, the backstop must be removed, the goals must be installed and soccer boundaries must be painted on the field, Neal said. Most of the project’s cost will be from labor and will not be paid for through capital improvement program funds. The budget for renovating existing fields or constructing new ones primarily comes from the county’s capital improvement program, which deals with more expensive, longer-term projects.

No field renovations, including grading the area, are planned for this project, Neal said, but grass seed will be laid on the infield area if weather permits. No bleachers or benches will be installed, as cricket requires a large area to play, she said.

Kabir said residents have already been playing soccer at the field by using makeshift goalposts.

Kennedy is a proponent of a new dog park — which the North College Park Community Association has been discussing — in the city, making it a priority in her 2017 election campaign. There are five baseball fields in College Park’s first district and more in the surrounding area, she said, and the dog park could have replaced the softball field instead of the soccer field.

District 1 resident Kennis Termini said the field will be used more often as a soccer field than as a softball field, but she would’ve preferred for it to become a dog park instead.

“It would be a good place to have it, because it’s not really near anybody,” Termini said.

There is also already a nearby soccer field on Cherry Hill Road, Termini said, but a local lacrosse team has to practice at Rhode Island Avenue’s Duvall Field because there are no lacrosse fields in the neighborhood.

“I’m hoping the community will enjoy this,” Neal said.