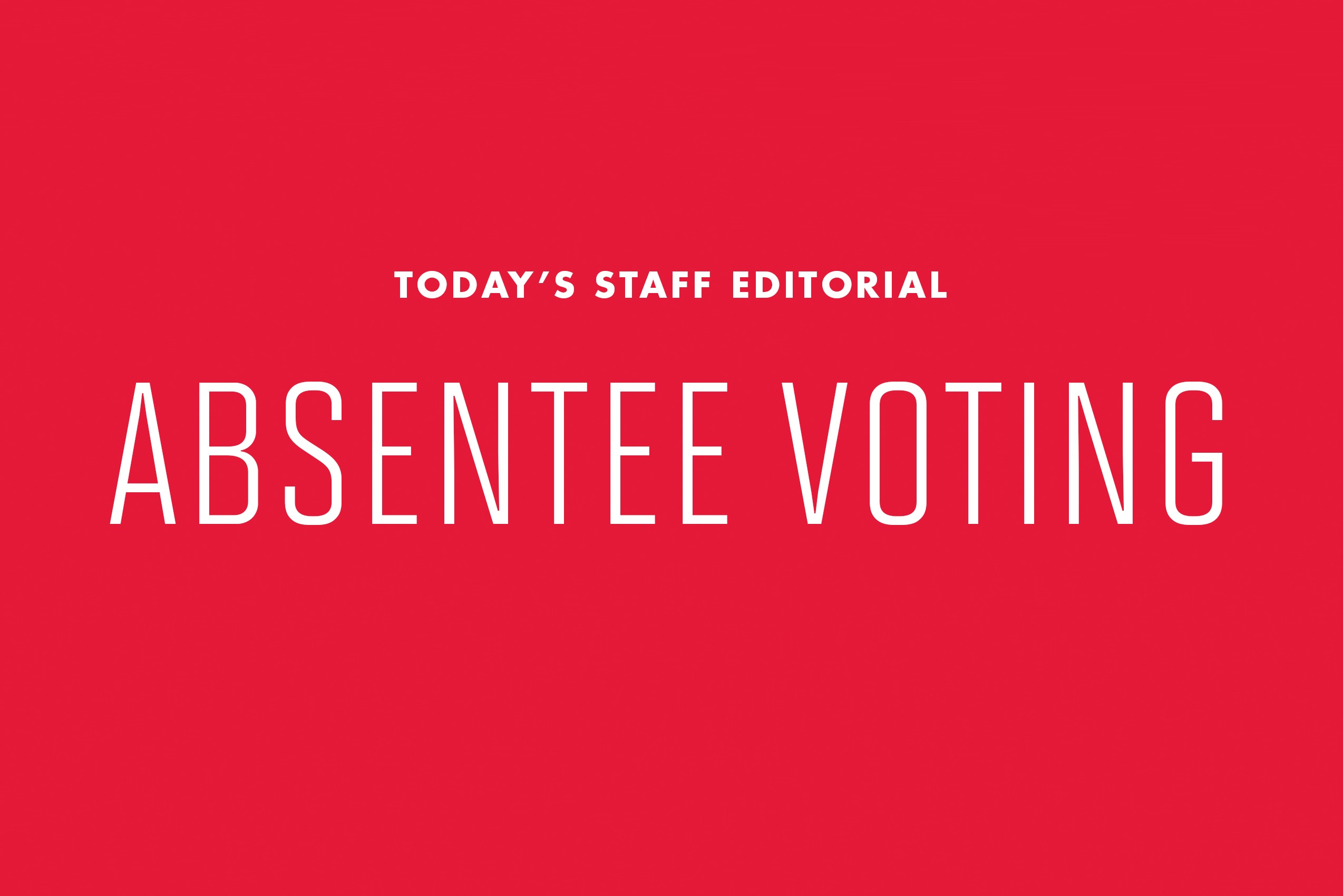 College Park justifiably prides itself on being one of the most progressive cities in Maryland. It has upheld sanctuary city policies to protect undocumented immigrants and supported Deferred Action for Childhood Arrivals. It has invested in renewable energy, reduced greenhouse emissions and pursued other sustainability initiatives. It has given money to local schools and provided scholarships for residents to attend summer camps at this university.

But on voting policies, College Park is far behind the curve. While many cities and municipalities in Maryland — and the state itself — allow any voter to request an absentee ballot without stating a reason, College Park will give absentee ballots for five reasons only: being out of the city on Election Day; being unable to vote due to illness, a disability or an accident; being stuck in an institution; having a death or illness in one’s immediate family; or being a full-time student with schedule conflicts at any college or university outside the city.

The narrowness of that last reason has been the source of some controversy, and understandably so. Students in the city who attend Towson University, the University of Baltimore or any university other than this one can get absentee ballots, while students at the University of Maryland can’t. College Park, for better or for worse, is a college town; that it would grant that right to students who attend other institutions while denying it to students at this university is unconscionable.

Mayor Patrick Wojahn expressed his support for expanding absentee voting, lamenting that College Park is “an anomaly” in the area for its absentee ballot restrictions. He said he thinks the city should “provide people access to the ballot … to the greatest extent possible.” But the city council did not move forward with a no-excuse absentee voting proposal at a recent meeting, despite the support of this university’s Student Government Association.

In last year’s College Park elections, lines for voting at City Hall grew as long as 14 minutes, according to Board of Election Supervisors Chief Jack Robson. That may not be a long wait for many permanent city residents, but for students — many of whom must balance a full courseload with part-time jobs — it’s a hassle at best and an impassable obstacle at worst. Students who don’t own cars have to spend even more time taking a bus or walking to polling places, which are all off the campus, and commuter students must travel even further to cast their ballots.

Turnout in College Park elections hasn’t been above 20 percent for more than 20 years, and making absentee voting easier would surely get more people involved. While absentee voting fraud is a bigger issue than other forms of fraud, there are still ways to ensure the integrity of mailed-in ballots. But rather than invest in the resources to process more absentee ballots, College Park has essentially disenfranchised its many residents who can’t get to the polls on Election Day and don’t have so-called legitimate excuses.

Restricting absentee voting puts College Park in the company of GOP-controlled legislatures across the country, who are willing to suppress democracy to maintain their hold on power. It’s shameful that such an otherwise progressive city would still have in place such a regressive policy on absentee ballots. The SGA supports change; now it’s up to the city government to enact that change.