One year after its creation, a UMD sustainability program is expanding to 13 dorms 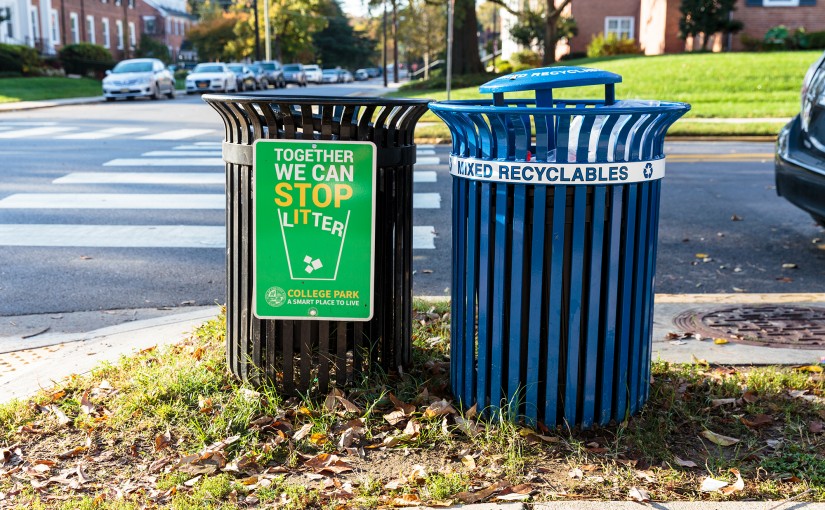 The Department of Resident Life has partnered with the Office of Sustainability to expand the Green Terp program to 13 dorms. The program started last year as a pilot in Oakland and Ellicott halls.

To become a “Green Terp,” students pick ten different tasks to follow, such as eating vegetarian for a week or reducing shower times by five minutes. After they have submitted their progress, their name is written on a pledge board displayed in the lobby of their dorm, Alexander said.

“Implementation is going extremely well. We have 1,300 students that are Green Terps,” Alexander said. “We have already smashed goals for getting people registered and involved this year in the 13 different halls. Our goal was to meet 20 percent of student involvement, which we have met and exceeded.”

Green Housing Associate Lee-Ellen Myles will be visiting each dorm once a month this semester, rather than twice a month, as they were doing in Oakland and Ellicott halls.

“The base of the program has stayed the same during the expansion because we really did have successful results from the first pilot phase,” she said. “But by necessity, we did have to make some changes just because of the size of the expansion.”

The Office of Sustainability is looking at how the program does when introduced to a community as a whole, Myles said. In the second pilot round, they expanded to all four dorms in the Denton Community to see what the results are on a community level.

“We are still going into the halls individually, but we were able to have a few events in 251 North so we can hit the community as a whole,” Myles said. “We also went to the Denton Community block party to see how effective it is to have a whole community involved.”

Oakland Hall resident assistant Bryan Selby said from his experience, the program is making an impact on students.

“It allows students to see sustainable living as no longer inconvenient,” the fifth year philosophy and Greek language and literature major said. “It is actually very convenient to be sustainable, especially in small acts like composting.”

Selby said he’s noticed that in Oakland Hall, even students who are not in the Green Terp program have been making more sustainable choices. Many students have noticed a big push in their dorms toward sustainable living because there is a lot of awareness through events and bulletin boards encouraging all students to take part, he said.

The Residence Hall Association has also been supportive of the Green Terp program. Dana Rodriguez, RHA president and senior finance and government and politics major, said members of the RHA volunteer at Green Terp events and help put on supporting events that promote the program’s various activities.

“With regard to the Green Terp program, representatives have often come to our committees like SCOM,” Rodriguez said, referring to the student sustainability committee. “They run ideas past us and we discuss those ideas in an advisory capacity.”

The committee gives advice on certain aspects of the program, like the requirements to become a Green Terp, and offers suggestions to the Office of Sustainability, Rodriguez said.

The RHA has also advocated for the Green Terp program to expand into offices at the university, not just dorms, said Rodriguez, as the program has been so successful.

“Green Terp is learning what they can do better,” said Selby. “As they continue to go on, they will better understand the demographics so they can implement green initiatives that students would be more likely to turn out to and actually do.”