H. Jon Benjamin revealed the man behind the voice at Stamp’s Grand Ballroom 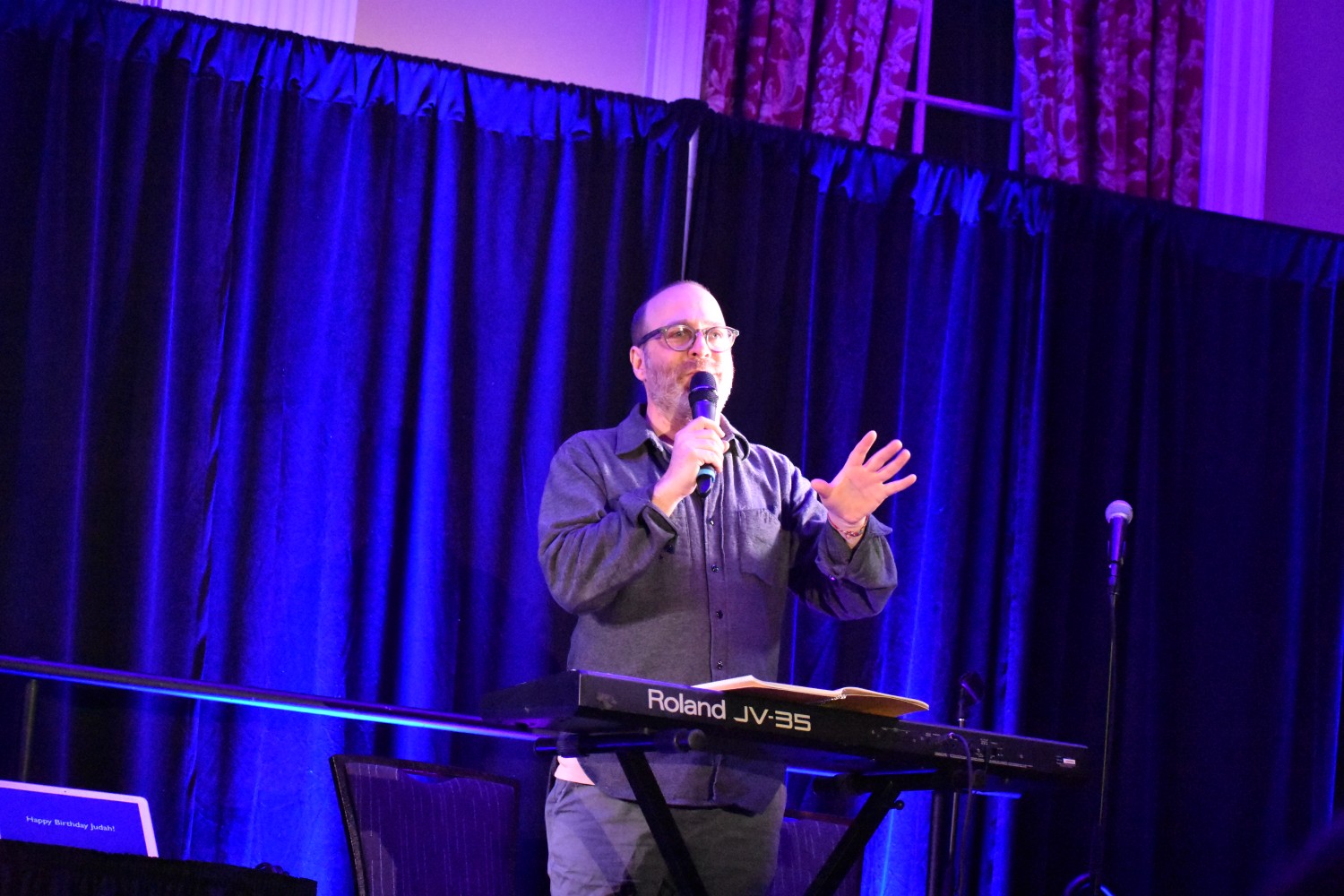 H. Jon Benjamin, the voice behind Bob Belcher of Bob’s Burgers and Sterling Archer of Archer, brought his iconic baritone to Stamp’s Grand Ballroom for a standup comedy set on Tuesday.

Benjamin is widely known for his recognizable voice and dry sense of humor on the aforementioned adult-targeted comedies, and his Tuesday performance drew in longtime fans.

He began his show by bringing out a cheese platter and offering some slices of cheese to audience members. He then traveled into the crowd to work the audience. It was then that sophomore Nina Adantor closed her eyes and focused on Benjamin’s voice.

“Even though his natural speaking voice is pretty similar to a few of the characters he voices, when he first came out I completely forgot he was a voice actor,” the education and English major said. “It wasn’t until I could hear him and not see him that I had a moment of ‘Ah, Bob. It is you.'”

His show included a variety of bits. He projected a dramatic clip — made by and starring him — about a chin-dildo dubbed “the accomodater” and a slideshow of his experience celebrating his son’s ninth birthday from his laptop. At that moment, the audience learned Benjamin’s laptop background is a notorious photo of Dwayne “The Rock” Johnson wearing mom jeans.

Benjamin included a Q&A, where he called audience member Jack Pfieffer on stage to ask him pre-written, personal questions. Pfieffer, a junior majoring in geography, described the experience as “unbelievable.”

“I don’t know why I did it in the first place. Normally, I’m pretty shy and reserved but my friends kind of spurred me on,” said Pfieffer. “I saw it as a once-in-a-lifetime opportunity.”

The voice actor ended his show by inviting three students on stage to perform jazz with him. The students skillfully played the saxophone, drums and bass while Benjamin aimlessly smashed away at a keyboard.

Joey Marcellino, a junior physics and philosophy major, played the saxophone on stage with Benjamin. Benjamin put out the album “Well, I Should Have…*” in 2015, which Marcellino described as “basically making fun of jazz.”

“One of the people from SEE posted in the WMUC Facebook page, which is the radio station on campus, asking if anyone played jazz and wanted to play for this event that was going on,” Marcellino said. “I sort of figured that it had to be this ‘fake jazz’ thing. I was like, ‘I’ll do it because I watch Archer and it’s a great show.'”

Benjamin’s performance was completely unrelated to his TV shows — apart from Larry Murphy, who voices Teddy on Bob’s Burgers, performing a brief opening act. But he didn’t fail fans like Pfieffer, who came because of their familiarity with his voice acting.

“I’m glad that he didn’t lean at all on any of his works and showed that he is a funny person,” he said. “He can be entertaining without using the crutch of his shows.”

Adantor said the performance made her “admire [Benjamin] a little more now,” but still touts home the positives of adult cartoons like the ones Benjamin stars in.

“People tend to write cartoons off because they have a juvenile connotation,” Adantor said. “There are a lot of adults who aren’t into cartoons, but would happily re-watch episodes of ones they grew up with like Rugrats, leaving the idea of cartoons in that nostalgic, childlike place of their minds. But I think if anyone were to just sit down, and pick up a few random adult cartoons, they’d be surprised to find they’re not all so juvenile.”