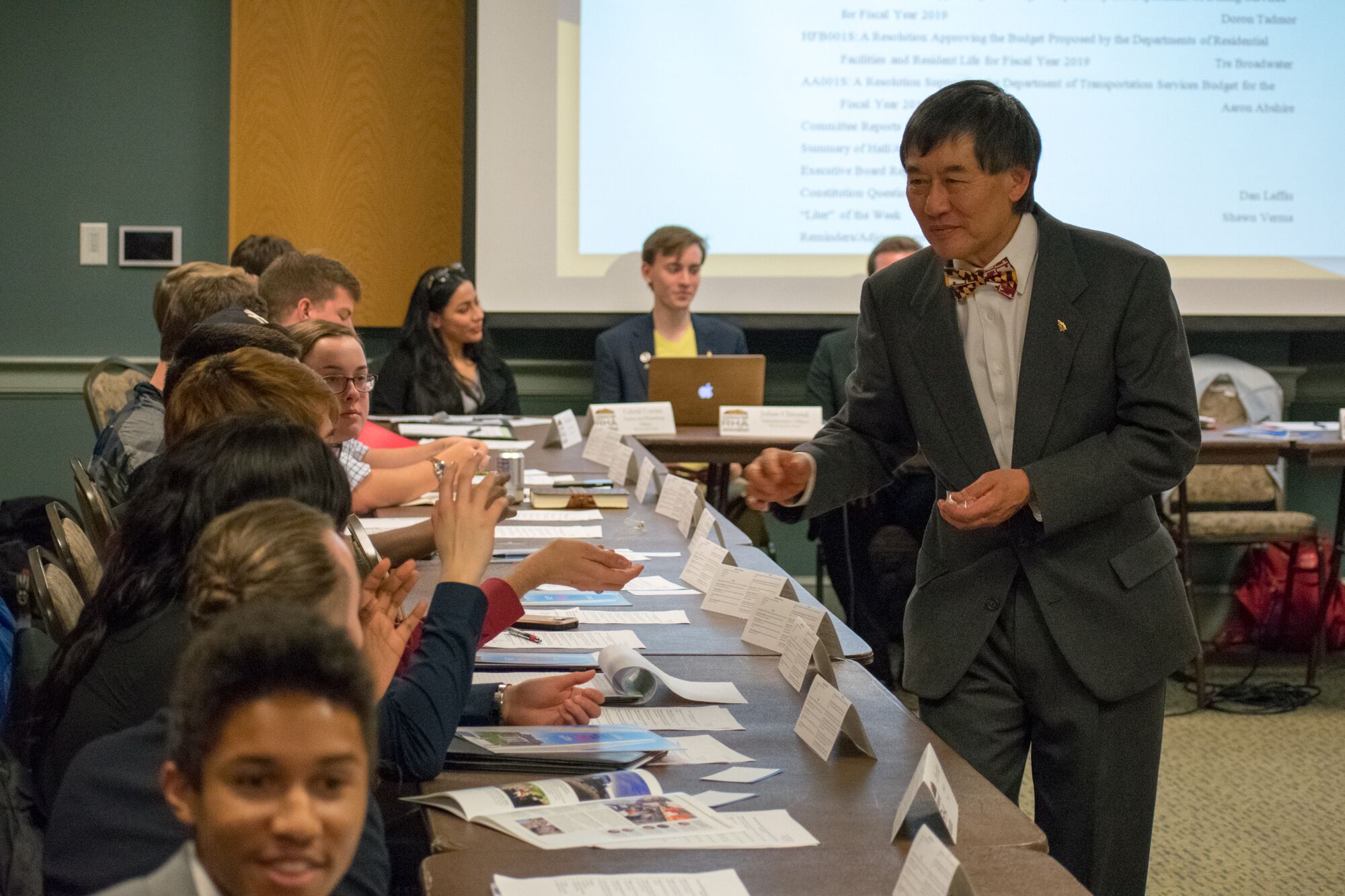 The RHA Senate passed two resolutions Tuesday to increase dorm costs and meal plan prices proposed by the University of Maryland resident life and dining services departments, but voted to not pass a proposal to increase on-campus parking fees.

The Residence Hall Association voted to pass the dorm and dining proposals in a 24-7 and 33-3 vote, respectively, while the parking proposal failed in a 24-7 vote.

The Department of Resident Life proposal that passed will increase the cost of a traditional air-conditioned dorm for the 2018-19 academic year by about 3 percent. Dining Services marked a roughly 2.5 percent increase to the cost of a standard meal plan beginning next academic year.

The Department of Transportation Services proposal that failed aimed to increase on-campus parking permit fees for both commuter students and on-campus residents by about 16 percent for the 2018-19 academic year.

“[I’d] rather us grit our teeth and wait out these three years for the Purple … Line than have residents pay $100 more and get no increase in service,” said sophomore biology major Matthew O’Brien.

Loh began by praising this university for its growth, diversity and “impressive” student body, followed by its recent strides in campus development, including the Brendan Iribe Center for Computer Science and Innovation, a renovated Cole Field House and the new bioengineering building, Clark Hall. New structures around the campus and in College Park strengthen this university and the surrounding area, he said.

“We are trying to become a Silicon Valley, a hub for economic development in the state of Maryland,” Loh said.

In January, Amazon announced that College Park was not a finalist for its second headquarters. Washington, D.C., which made the short list of the top 20 candidates, would be an ideal spot for this new headquarters, Loh said.

“For the past few months, I have been trying to get the governor of Maryland, of Virginia and of Washington, D.C., to come up with a joint proposal for Amazon’s second headquarters,” Loh said.

Several RHA members asked questions about how the university is improving diversity.

Last year, this university worked with the Anti-Defamation League to help with diversity issues on the campus and train senior leadership how to deal with hate bias incidents, Loh said.

“The ADL training was an incredibly eye-opening experience,” Loh said.