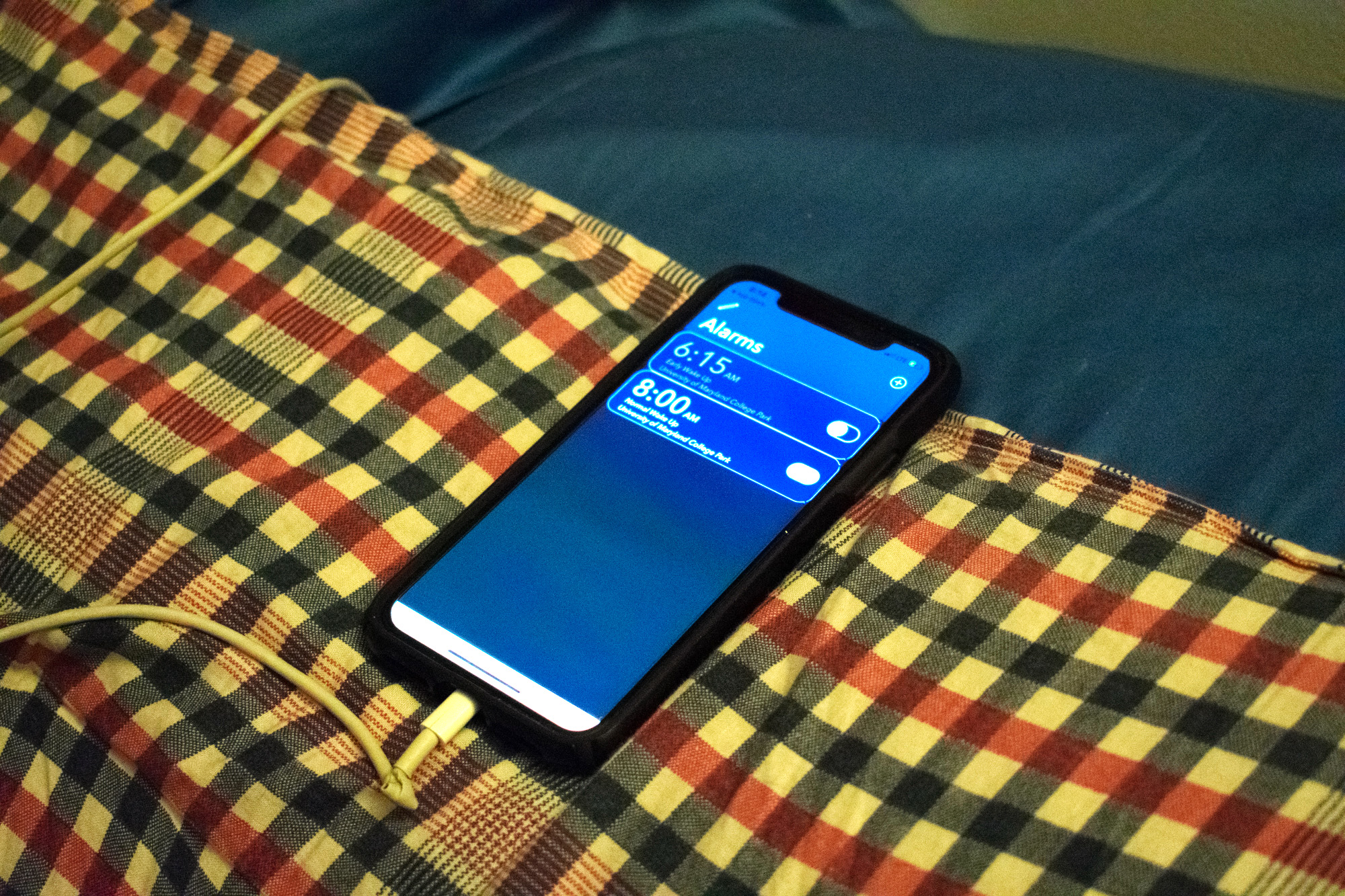 The idea came to Jal Irani during a few days of snowy weather in 2016. Irani, then a graduate student at Johns Hopkins University, was annoyed he couldn’t find out if classes were canceled due to snow before he went to sleep.

“I was constantly checking to see if we were off class, staying up late to see if classes were canceled,” Irani said. “I initially used to check the news then check online, and then I realized since this was all publicly available information, I could make an app out of it.”

Irani, a former University of Maryland student, created the SleepIn Alarm app. Users select the college or university they attend, and if their school is closed, the app will automatically shut off their phone’s alarm.

[Read more: Three University of Maryland students made a drinking game into an app]

The app will also send a silent push notification that the user will see when they wake up, so they don’t think they overslept and missed class, said Irani, now a professor at Towson University.

SleepIn ensures accuracy because it scans all the websites and databases that have school closing information, cross-referencing multiple sources before it cancels users’ alarms, Irani said.

“I know a lot of people at UMD wait for [university President Wallace] Loh to post on Twitter or wait for the email to come that it’s closed, but I do it before that,” Irani said. “As soon as it is publicly available, the app will cancel the alarm.”

Averi Alexander, a sophomore communication major, said she’s skeptical about the app. She prefers to wait for the university email.

“I wake up early to check to see if school is closed. I get dressed and ready, and if there is class, then fine. If not, no big deal,” Alexander said. “I personally rather go to the official site than trust something else.”

The app is free to download on the Apple App Store.

Gabi Epstein, a sophomore public policy major, said she depends on the automatic text messages to get school closing information. It is much easier to get notified in college, via text messages or Twitter, than it was in high school, she said.

While Epstein had not heard of SleepIn before, she said it sounds useful to college students.

“I would definitely download [SleepIn], now that I know it exists,” Epstein said.

Andrew Moses, a freshman enrolled in letters and sciences, said he’s wished for a more instant way to receive school closing information, rather than staying up late or waking up early.

“An app that automatically shuts off your alarm would be clutch,” Moses said. “I will definitely download it if it’s free.”

While teaching at Towson, Irani said he will continue to develop apps that will benefit colleges around the area, such as Corrie Health, an app for the Johns Hopkins Medical School that reminds patients with medical issues to take their medication on time.