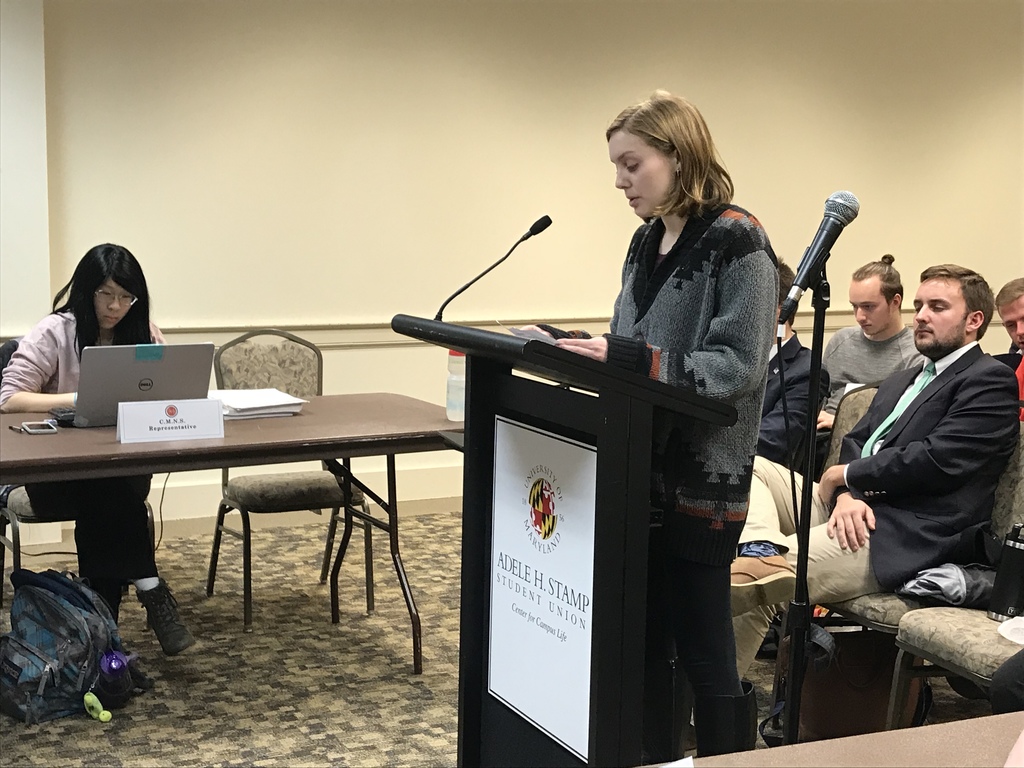 The SGA voted on Wednesday to endorse a student petition that would allow refugee families in Prince George’s County to stay in campus housing and use select University of Maryland resources to adjust to the community.

The bill passed 23-0, with one abstention.

The petition to have this university become a part of the national Every Campus a Refuge program started as sophomore Katie Miller’s Honors Humanity Keystone project. Miller, a public policy major, said this program would allow a refugee family in the county to move into university housing for about three months at a time, take English as a Second Language courses, benefit from the Campus Pantry and get back on its feet.

The break from worrying about rent and food would give the family an opportunity to make more permanent career and housing decisions, Miller said.

“For that one family it makes such a difference, because they’re given so little money,” she said.

The bill did not request any funds to support this program, and Miller is raising the housing money through a GoFundMe campaign as part of her project. So far, she’s raised about $170 and aims to raise at least $1,000.

Chloe Bialozynski, a sophomore public health major, said the bill fit with her understanding of this university’s responsibilities.

“Obviously they need the help, and if we have the resources, then we should help them,” Bialozynski said.

[Read more: A UMD student wants to make the campus a home for refugees]

Other student groups that signed the petition include the American Association of University Women, Beyond Relief UMD, the Food Recovery Network, Honors Humanities, International Rescue Committee, Political Latinxs United for Movement and Action in Society and UMD Young Democratic Socialists of America.

With the endorsement of the Student Government Association, the body’s president, AJ Pruitt, said the executive branch would start lobbying for supplies and enforcement from the university administration, noting that the action would have negligible financial impact on this university.

“I don’t think we, as a student body, have been shy about our feelings of making sure that everyone on this campus feels welcome [and] feels included,” Pruitt said. “There’s a lot more work to be done to get there, but I think this is one of the steps in that direction.”

Miller said she receives occasional pushback from students she approaches while canvassing for the petition on the campus.

“People don’t want to sign it because they’re unsure, because I’m unsure right now, about where the refugees will be from,” Miller said. “They could come from places that they think are dangerous … I would say people feel that way because they haven’t been educated.”

Demi Opaleke, a junior international business major, said this university’s support of this project would show the outside world that the opposite was true.