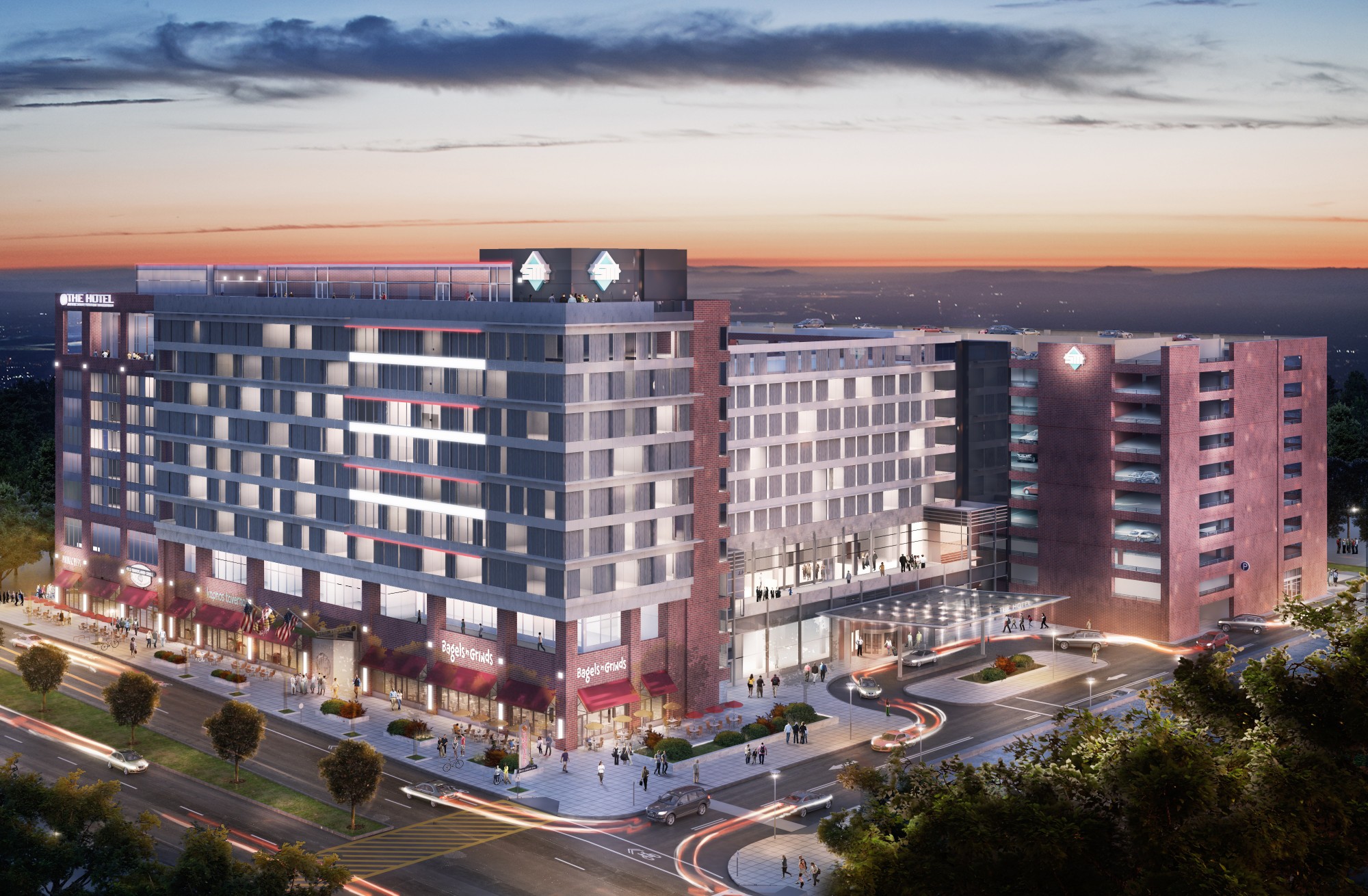 The company, which helps other businesses protect themselves from cyber attacks, was formed in August and has raised more than $125 million from investors since, said Dan Ennis, BlueVoyant’s head of threat intelligence and operations. Headquartered in New York City, BlueVoyant also has centers in London and Tel Aviv.

“I didn’t want to put the office out in some sterile industrial park somewhere,” Ennis said. “I liked the vitality of the College Park growth plan and where they’re going.”

BlueVoyant’s College Park location will be the company’s analysis headquarters, Ennis said. The location will allow it to work with the young talent from the University of Maryland, as well as more experienced workers at nearby government agencies, he said.

For the past month or so, the company has been operating out of an office building on Route 1 provided by this university, said Ken Ulman, this university’s chief strategy officer. BlueVoyant will move into the Diamondback Garage behind The Hotel at the University of Maryland later in the spring when the location is ready, he said. Ennis estimated they’d move in around July.

Samir Khuller, a professor and former chairman of this university’s computer science department, said a firm like BlueVoyant moving so close to campus is “simply awesome.”

[Read more: Capital One will donate $3.1 million to UMD for comp sci research and lab space]

Although this university created an on-campus cybersecurity center in 2010 and launched an honors program for cybersecurity with Northrop Grumman in 2013, Khuller said there aren’t many cybersecurity jobs on or near the campus. The center opening nearby means those students won’t have to go to Silicon Valley to get a job in the field, he said.

“To launch a successful startup, they don’t have to move to the West Coast,” Khuller said. “They can do it right here near campus.”

Private sector firms like BlueVoyant need to partner with academic institutions and the government, Ennis said, because no single entity can handle cybersecurity on its own. By partnering with private companies, universities can make sure students are being taught the most in-demand skills for the career world, he added.

Ulman said the company plans to have a “robust” student internship program and to collaborate with both faculty and students from the university at the center.

In December, Capital One also announced it would also locate a facility in the Diamondback Garage, and begin a computer science student research team. Ulman said these announcements have a “compounding effect” that make it easier for more companies to locate to College Park.

The city has been working to get companies like BlueVoyant to locate in College Park, Mayor Patrick Wojahn said.

“Once we get a reputation for accommodating and being able to work with companies like this, more and more companies down the line will be interested in College Park,” Wojahn said.

BlueVoyant is eligible for property and income tax breaks through the state’s RISE Zone program, which encourages companies to create jobs and invest in areas with institutions of higher learning like College Park.

Ennis, himself a university alumnus, said BlueVoyant already employs 25 analysts, developers and data scientists — two of whom are recent graduates of this university. The company is planning for rapid growth, both locally and globally, in the future, Ennis said.

“Both the state and the county were very excited to get this company,” Ulman said. “When you look at where their other offices are — New York, Tel Aviv and London — to have College Park, Maryland, be a place where companies like that locate, it’s a really big deal for the state, for the county and for the university.”

CORRECTION: Due to a reporting error, a previous version of this story incorrectly stated that Samir Khuller is the chair of this university’s computer science department. Khuller no longer holds this position. This story has been updated.