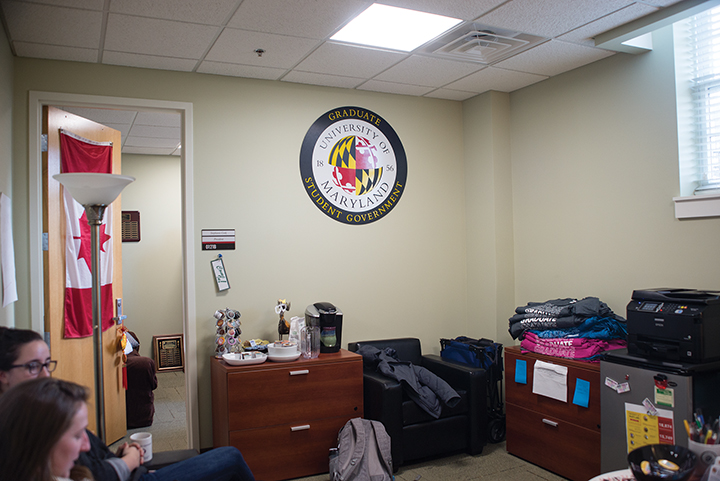 Representatives of graduate students at the University of Maryland are disappointed in the lack of input they had in the development of a 2017 quality of life survey.

Although the graduate school’s website says the survey was “administered in conjunction” with the Graduate Student Government, GSG Public Relations Vice President Katie Brown said the student government’s involvement was limited. She believes the graduate school should have shared the survey results with the GSG before they were analyzed.

“We helped promote the survey — they used our name,” she said. “We were putting our reputation on the line.”

Graduate school spokeswoman Mary Carroll-Mason said in an email that the graduate school withheld the data out of concern for participants’ privacy, saying, “While the survey was anonymous, people’s responses could potentially identify them.”

The survey, which garnered responses from more than 2,000 graduate students, had questions ranging from demographic information to feedback on the ways these students feel unsupported by this university. Financial concerns were a common thread among the open-ended responses.

Its results were compiled in a 109-page report and released on the graduate schools website earlier this week — seven months after they were collected.

Carroll-Mason attributed the delayed release to a staffing change at the graduate school — the research analyst who did most of the survey’s analysis left the university to take a fellowship with Harvard University.

The GSG’s primary contribution to the survey’s development and administration was encouraging graduate students to complete the survey, Brown said. Before the results were published on Jan. 29, the body had not seen them. The graduate school also did not notify Brown or current GSG President Michael Goodman of the report’s impending release, she said.

In response, Carroll-Mason wrote in an email that Graduate School Assistant Dean Jeffrey Franke was originally scheduled to present the survey’s results to the GSG assembly in November, but it was bumped from the agenda when the meeting ran long with impeachment talks. The GSG never rescheduled the presentation, Carroll-Mason wrote.

The Graduate Assistant Advisory Committee, a body elected by graduate assistants at this university to raise their employment concerns with the graduate school, was not included in this survey’s development, according to the graduate school website. The graduate school “didn’t get input from the body legally created to address graduate student information,” Brown said.

[Read more: Some UMD grad students are upset with Loh’s announcement of the school’s new dean]

From the over 1,000 responses the committee received from their 2016 survey, the committee identified three specific challenges facing most graduate student employees. According to their report published in November 2016, these are, “an unlivable salary, a system of overwork, and a system of confusing and ineffective policies.”