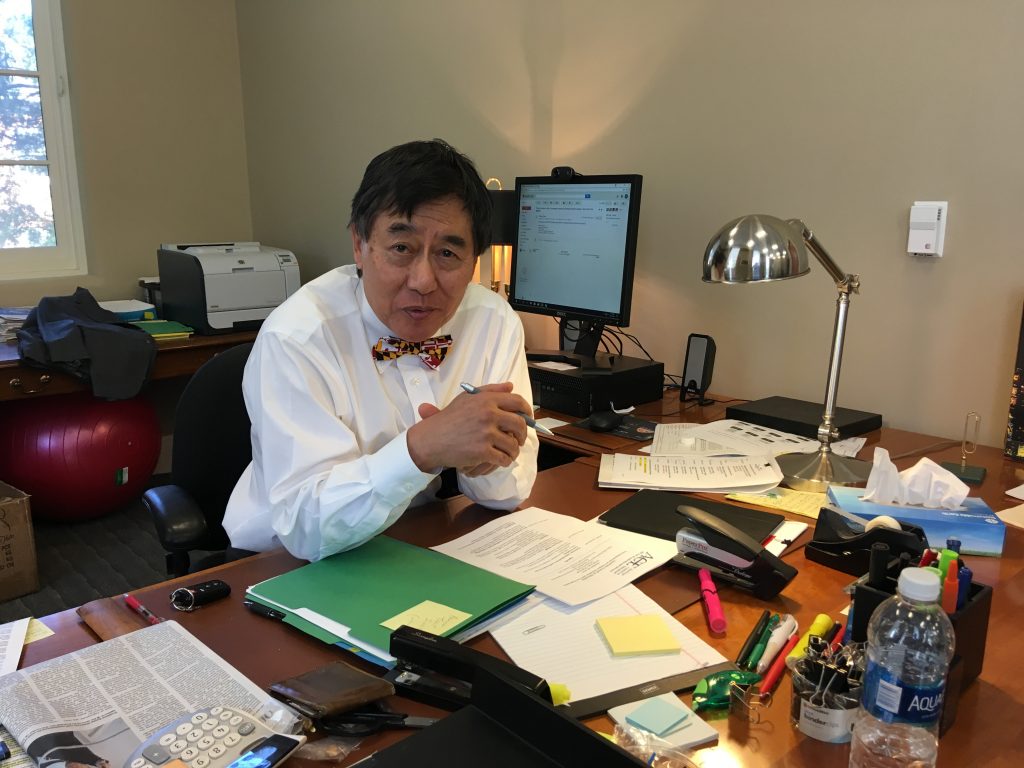 University of Maryland President Wallace Loh on Tuesday weighed in on the sexual abuse scandal at Michigan State University that led to the resignation of its president, Lou Anna Simon, who is accused of failing to adequately address prior complaints alleging Nassar was sexually assaulting women at the university.

Simon stepped down Jan. 24, hours after USA Gymnastics and Michigan State doctor Larry Nassar was sentenced to up to 175 years in prison for sexually abusing women and girls.

While Loh declined to comment on Simon’s resignation, because he doesn’t usually “comment on these kinds of personnel issues affecting some other universities,” he called it an “absolutely horrific” situation.

“It’s very, very tragic,” Loh said. “I mean the number of women who came forward is just, I mean over 150, and the stories that they told — it was just heartbreaking.”

At least 265 women and girls have come forward, claiming Nassar sexually abused them. More than 150 of his victims, who he abused while claiming to provide medical treatment, gave statements at his seven-day sentencing hearing.

This university is among 11 Big Ten universities as of Dec. 26 facing federal investigations for its handling of sexual violence cases. The U.S. Education Department’s Office for Civil Rights opened a third case into this university Dec. 6. As of Sunday, all the cases are still active.

Caerwyn Hartten, a freshman geology major, said the Nassar allegations created some skepticism of this university’s policies, adding that she would have liked to see a greater response from Loh.

“It does make you question, like if a school does have similar policies to you and they still let something this big go under the radar, it does make you question [the system] a little bit, definitely,” Hartten said. “Saying it was ‘horrific’ and all that — I think that was good, but I think he could’ve done a better job of explaining his position on it.”

Avinaash Sandhu, a junior microbiology major, said “as a woman who goes to this university, it would be really nice to know what your president thinks about it,” but added that she “also understand[s] that from a political perspective … why he wouldn’t want to comment on that resignation.”

Junior Spanish major Erica Chukwu said this university should be taking greater charge of sexual assault as a university that prides itself on taking care of its students.

Josie Vallejo, a sophomore biology and science education major, said she’s experienced sexual assault, and it’s “really hard to hear” about the investigations into how this university handles sexual violence.

“When I tried talking to people about my experience, I got a lot of backlash from the people who knew me to say like, ‘Don’t talk about it,'” she said. “They’re kind of like, ‘It’d be too embarrassing, too attention grabbing.’ I know it’s hard to talk about, and … I feel like there’s a lot more that haven’t been reported.”

The events at Michigan State have drawn parallels to the 2011 reports of the Jerry Sandusky sexual abuse scandal at Penn State, another Big Ten university. Sandusky, Penn State football’s former defensive coordinator, sexually abused boys, and three former university officials — including the school’s former president — were sentenced to jail for failing to turn him over to the authorities.

When asked how this university strives to prevent situations like that at Michigan State from occurring on this campus, Loh pointed to campus policies and mandatory sexual assault prevention trainings, as well as addressing issues at the university level. He described a “responsible university employee” policy in which every university staff member is obligated to report sexual misconduct to a designated authority.

“I don’t know what happened at Michigan State, but if we have something similar and somebody reports it, no matter who, then it goes up the chain of command and we have processes for dealing with it,” he said. “Quite honestly, it’s as simple as that.”

Unless identified as a confidential source, all Michigan State employees must “promptly report incidents of sexual harassment, sexual violence, sexual misconduct, stalking, and relationship violence” they find out about in their professional capacity, that involve a member of the university community, or that occurred at a university-sponsored event or on school property, according to the school’s website.

Connor Petrelle, a sophomore computer science major at this university, questioned the reliability of such a policy.

“If you’re a janitor who saw that … which one’s more irreplaceable? A janitor, or someone higher up in the football program that’s making the university millions upon millions of dollars?” Petrelle said. “From a perspective, it’s nice to say ‘Oh, just tell somebody,’ but if you’re that janitor, would you really do it?”