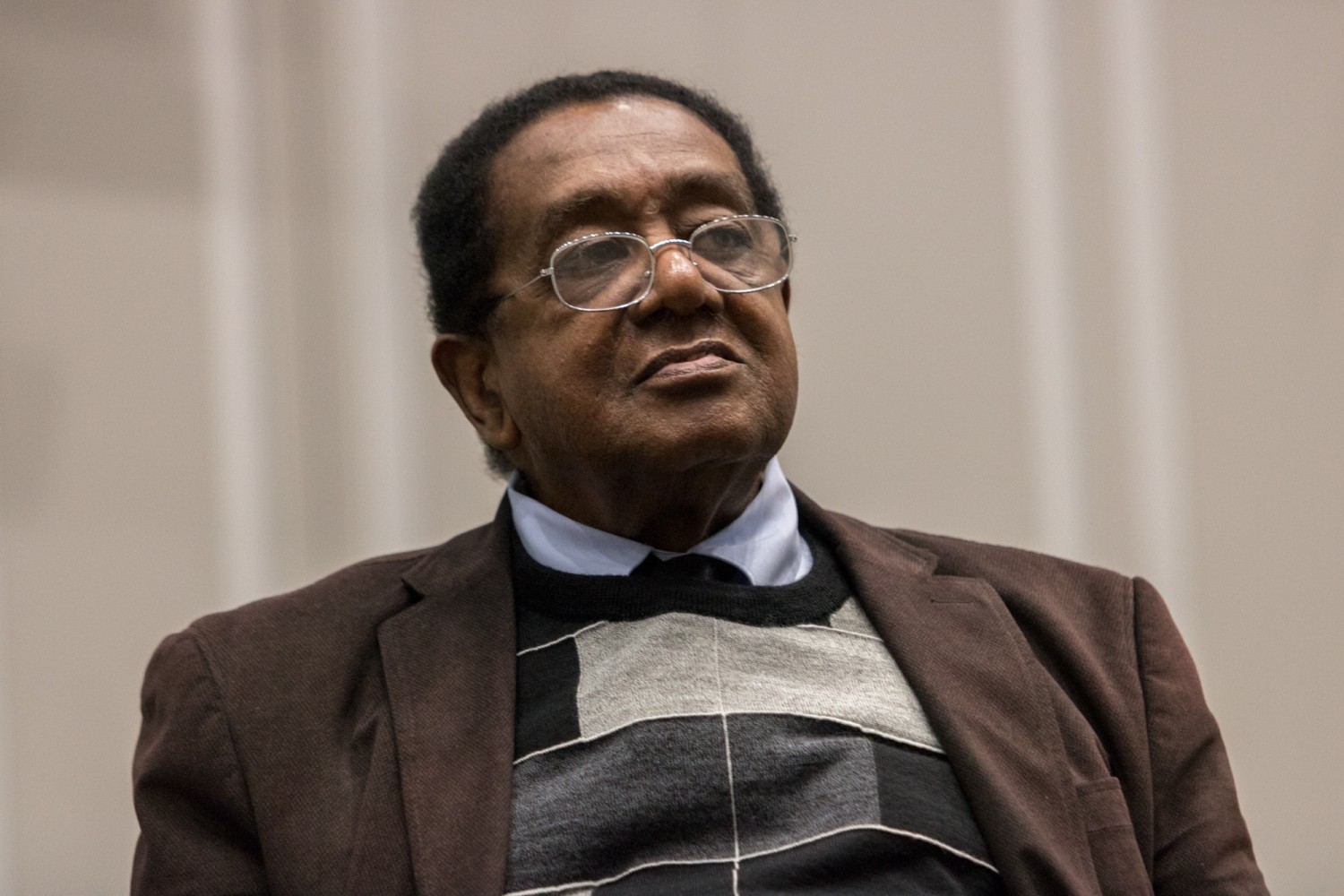 As he arrived at the podium to deafening applause and a standing ovation, Bobby Seale raised his hands, stepped back and chuckled.

Seale, the co-founder of the Black Panther Party, a political activist and a cultural icon, spoke at the University of Maryland on Thursday night about organized resistance and strength in the face of discrimination and oppression.

The event, part of an arts and humanities college lecture series titled “Courageous Conversations: ARHU Resists Hate and Bias,” was held in the Samuel Riggs IV Alumni Center. At least 800 people showed up.

Seale, along with fellow activist Huey Newton, formed the Black Panther Party — a revolutionary and often controversial organization dedicated to racial justice — in 1966.

At the heart of Seale’s speech was an impassioned call for political representation.

“When I started, there were only 52 black folks duly elected to political office all over the United States of America,” he said. “There were over 500,000 political seats one could be elected to at that time.”

“People were coming out and saying ‘black power.’ Now, I’m trying to tell those guys, ‘You ain’t gonna have that power until you get some of those political seats,'” he added. “That was the reason I started the Black Panther Party.”

Kelsie Challenger, a freshman behavioral and community health major who attended the event, contrasted the event with Rep. John Lewis’ (D-Ga.) speech at this university in October, saying that she was inspired by Seale’s comparatively blunt manner of speaking.

“You just can’t keep talking about stuff on social media. You have to actually go and listen,” she said. “He started when he was a teenager, and look at us. We can [create] change, just as they could [create] change.”

Thursday was not the first time Seale has visited campus.

In 1972, he spoke at Ritchie Coliseum to a crowd of 700, according to this university’s archives. He returned in 1974 to speak at the student union. Both talks drew on the contemporary issues of racial injustice and systematic inequalities, central tenets of the Black Panthers’ campaign, according to university archives.

Bobby Seale, right, co-founder of the Black Panther Party, speaks at Ritchie Coliseum before a crowd of 700 on Feb. 3, 1972. (Diamondback file photo by Bob Hobby/Re-photographed by Tom Hausman/The Diamondback)

In September 1969, Seale and seven other activists began trial after being arrested in connection with riots that had broken out more than a year previously, at the 1968 Democratic National Convention in Chicago.

Seale, along with the other members of what is known as the “Chicago Eight,” had been protesting racial injustice, wealth inequality and the Vietnam war, among other issues, he said.

When Seale protested and spoke up during the beginning of the proceedings, the judge ordered him bound, gagged and chained, sparking national outrage and protests, including at this university. Photographs from the aftermath of the protests on this campus show students marching with posters demanding Seale’s liberation and “Free Bobby” spray-painted on the doors of Francis Scott Key Hall.

In addition to speaking about the past, Seale encouraged members of the audience to pursue public office in the future.

“Today, we sit here with a racist idiot as a president … today, it’s more about evolving more and more really progressive-type candidates,” he said. “This is the kind of thing we need.”

Members of the arts and humanities college’s faculty said Seale’s speech and the lecture series as a whole presented a valuable opportunity for students to learn about and engage with societal debates.

“Our purpose, really, as a college, is to help our students understand the history and cultural context around these very important controversial issues, and to understand where the divisiveness is arising in our society today,” arts and humanities college Dean Bonnie Thornton Dill said.

She added that the term “resist” in the title of the series indicates active engagement in pushing back against hateful sentiments.

Christopher Bonner, a history professor who specializes in African-American history and black protest in the United States, emphasized the importance of speakers like Seale in educating and informing young people about the struggles of the past.

“It’s important for students to be able to see that there are problems that we’re facing and identifying now that are not new,” he said. “It’s important to see that people have been protesting for a long time, and sometimes, that protest is not successful.”

Junior women’s studies major Mekdes Sisay said she admired Seale’s message and added that while she felt it was timely, it also seemed “overdue.”

Though Seale is now 81 years old, he said his resolve to fight hate and oppression has not wavered. He’s currently raising funds to produce a movie about his life in the hope of inspiring others.

“They attacked me, they put me in jail,” he said, “but that ain’t stopping me.”