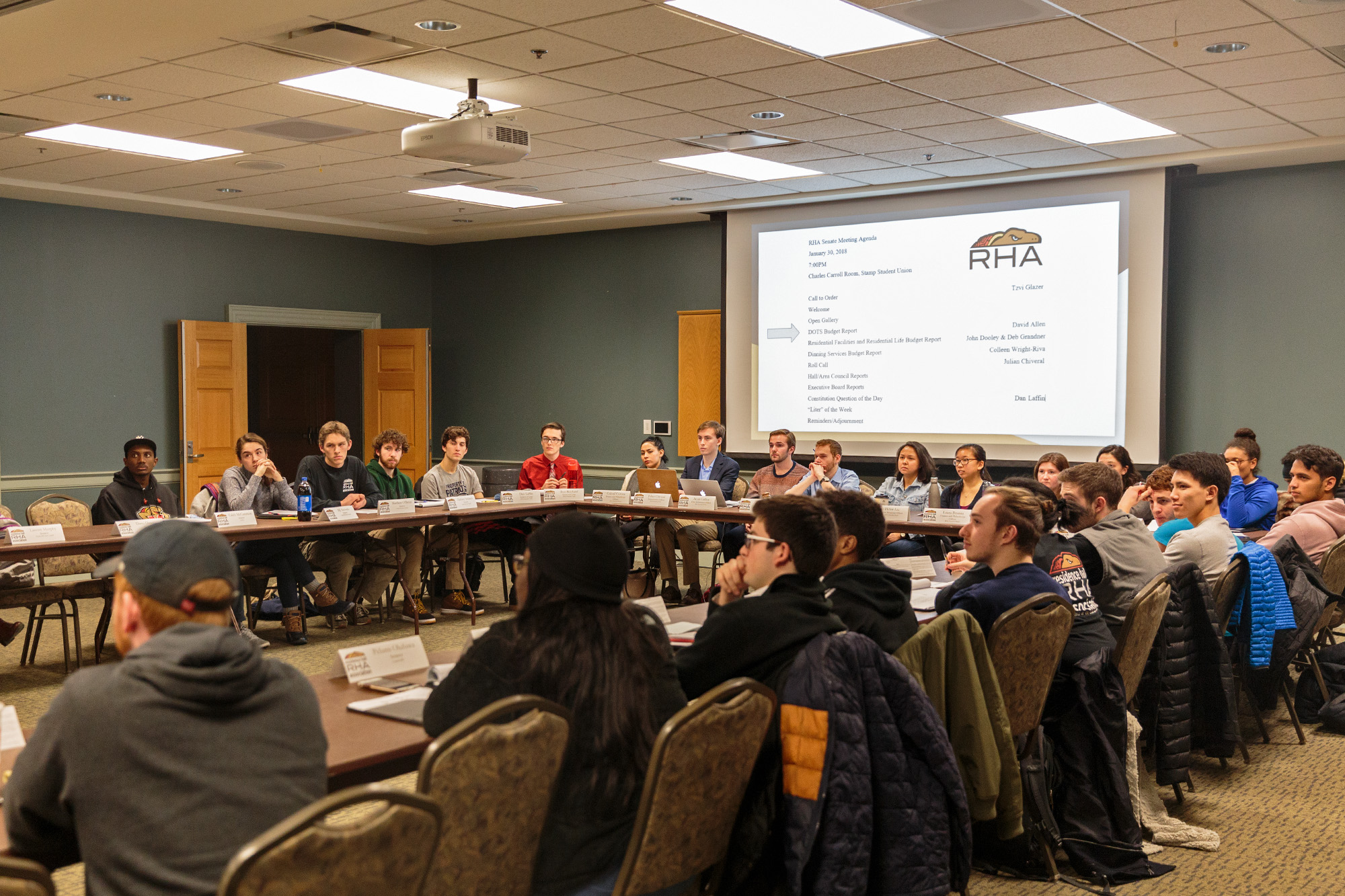 After multiple hate bias incidents in dorms and dining halls at the University of Maryland, the RHA formed a committee to discuss diversity issues on the campus and ensure students feel safe.

As of Dec. 8, 27 hate bias incidents were reported on the campus since the first day of the fall semester, prompting the Residence Hall Association to establish a diversity committee, which plans to hold events celebrating different cultures, as well as creating designated positions in dorms to ensure everyone in a building or community has someone they can go to with concerns, said RHA Chief Information Officer Bryan Gallion, who heads the group.

“I’ve seen a lot of people have their identities attacked, and we want to make sure that since we are a voice for on campus students, we take a serious stance against issues like this and make sure all residents feel comfortable and safe living on campus,” said Gallion, a junior journalism major.

Averi Alexander, a sophomore communications major who lives in Cumberland Hall, said while exclusion on the campus is not always apparent, it still happens in the dorms. “In [Cumberland], I feel safe for myself, but I have seen biased things show up on people’s doors,” Alexander said.

Gabi Epstein, a sophomore public policy major who also lives in Cumberland Hall, said this university does not do a good job at educating their students about diversity. “Personally, I feel safe … but at the same time, just being here, I’m not learning that much about different cultures,” Epstein said. “I feel like you have to choose to engage yourself in order to actually learn.

University Police announced in October that a former university employee was charged with malicious property destruction after a swastika was spray-painted on a campus trash cart on Sept. 27. Police also responded to a swastika on the fifth floor balcony railing of the plant sciences building in September.

While University Police declined to provide further comment, Chief David Mitchell said in the January news release that “we continue to encourage the community to contact us when witnessing incidents of hate so we can all work together to keep our campus safe.”

“Creating a safe and welcoming campus for all members of the UMD community is our top priority,” Mitchell said. “Hate is not welcome here.”

On Nov. 27, Chief Diversity Officer Roger Worthington announced new protocol for responding to these incidents, including a new hate bias coordinator within the Office of Diversity and Inclusion who would meet with people affected by the incidents, serve on a hate bias rapid response team and handle educational programming on the issue. This university on Monday opened a climate survey to allow members of the campus community to share their thoughts on diversity, equity and inclusion.

RHA President Dana Rodriguez said the body’s main job is to help students work together on issues like these, as well as give advice on policies being created for diversity.

“A core tenet of RHA is to build community,” said Rodriguez, a senior finance and government and politics major. “A lot of the events that we have, and that we encourage the hall councils to put on, is hosting events that educate about different initiatives, and a lot of those are about diversity issues … we even had our hall councils host discussions in their halls and pass legislation by themselves.”

One of these recent initiatives was the “No Hate in Our Home” campaign, created by the Department of Resident Life, to empower campus residents to take an active stance against exclusionary or hateful behavior in their residential communities. RHA teamed up with Dining Services and the department to promote this campaign by encouraging students to sign banners in campus dining halls, participate in discussions within dorm communities and share the hashtag #NoHateUMD on social media.

The campaign comes after a university official said in October that the campus was “not a home” in stating a proposed campuswide ban of hate symbols would limit First Amendment rights. Diane Krejsa, this university’s deputy general counsel, said at the October Senate meeting that “if people are paying money to come to college because they want a home — where people all think alike and everybody has the same political views, and the same social views and the same views on sexual orientation and transgender and whatever religion or whatever it is — they should stay at home,” prompting backlash from students and the #UMDNotAHome Twitter campaign.

Paul Brown-Taylor, a freshman civil and environmental engineering major who lives in Chestertown Hall, said this university could definitely do more to promote diversity and that the campaign was not as effective as it could have been. Creating requirements for students such as taking more classes to learn about different backgrounds would also help to create a more inclusive environment, he said.

“A lot of hate crimes start from a lack of knowledge of other groups of people,” he said.