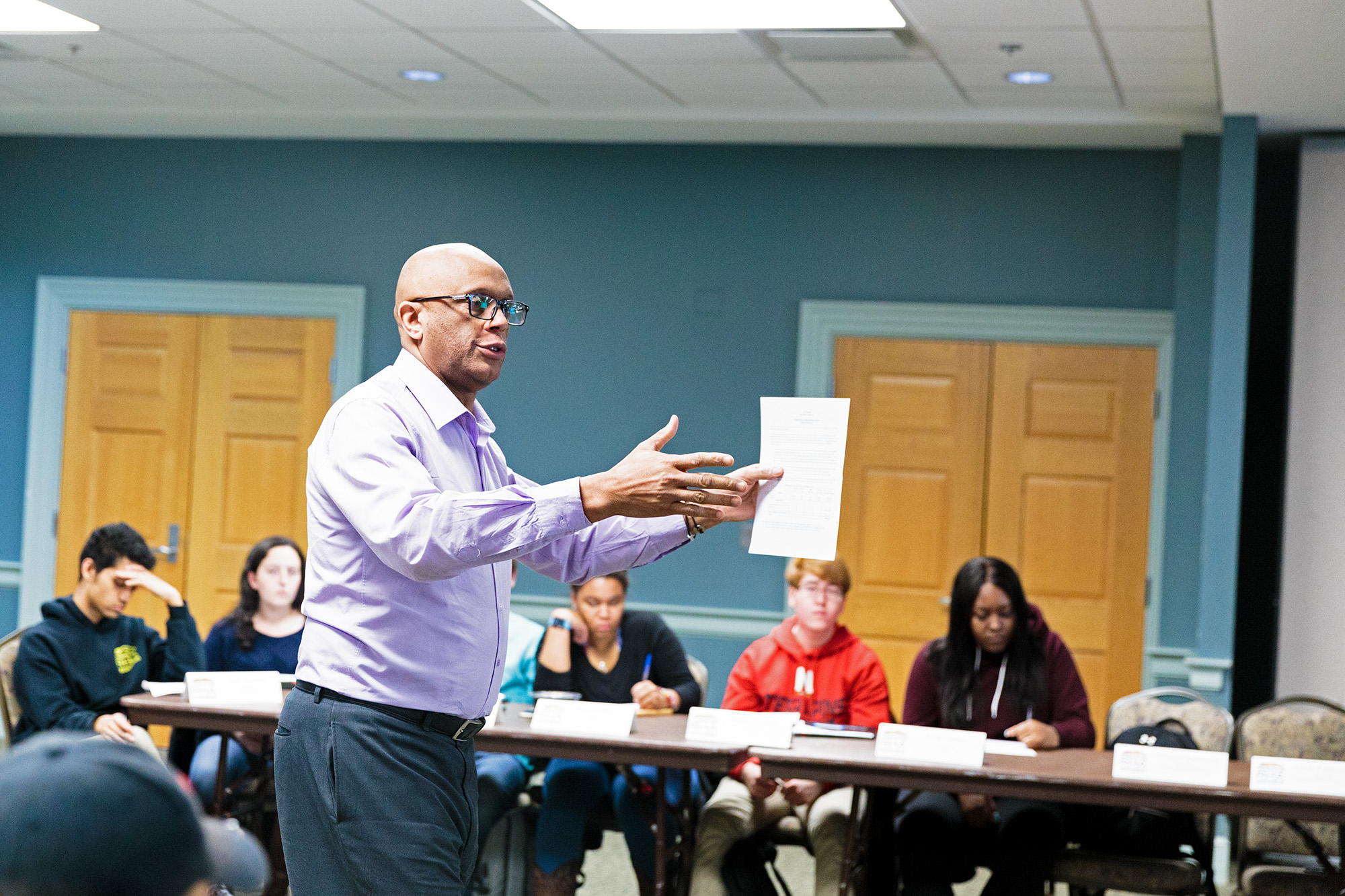 The Department of Transportation Services, Residential Facilities and the Department of Resident Life, and Dining Services each presented reports to the Residence Hall Association, but the body did not vote on the proposals.

“The departments want to make sure that their budgets reflect students’ concerns and opinions,” said Bryan Gallion, the senate’s chief information officer and a junior journalism major.

DOTS proposed a 16 percent increase in parking permit fees during fiscal 2019 to meet funding requirements, DOTS Executive Director David Allen said. This price hike would generate nearly $1 million that DOTS needs to meet costs next year, according to the proposal.

Resident Life Director Deb Grandner proposed an increase to the rate for a standard room rate in a traditional air conditioned dorm by about 3 percent to meet various expenses. During the 2017-18 academic year, living in an air conditioned double dorm room cost $7,190, but if the proposal takes effect, the cost will jump to $7,425 for the 2018-19 academic year.

Dining Services Director Colleen Wright-Riva proposed a roughly 2.5 percent jump to the cost of a campus dining plan, which cost $4,532 for the 2017-18 academic year — not including a new student fee — but would increase to $4,645 the next academic year, if the proposal passes.

At the next senate meeting on Feb. 13, the RHA will vote on the budget proposals, Liu said.

RHA President Dana Rodriguez said that as the cost of living increases, students can expect fee increases at this university.

“The directors do a good job at trying to keep those fees low on the backs of students,” the senior finance and government and politics major said. “At the end of the day, we are going to have to pay for the services we use, and RHA has always tried to keep those services low and make sure that we are paying the fair amount for what we get when we live on campus.”

Helen Liu, RHA’s public relations and outreach officer, admires how the departments discussed their budgets with the group.

“We appreciate the departments’ transparency and their willingness to come every year to the senate and talk about these budgets and answer questions,” said Liu, a senior information systems and marketing major.

During the meeting, RHA Vice President Tzvi Glazer said the RHA’s goals for the semester will prioritize diversity and mental health.

“Last semester we started our diversity and inclusion committee, and we will be looking at that this semester, and also we will be starting up a working group to look at mental health and facilities on campus,” said Glazer, a senior government and politics and sociology major.

Terp Thon representatives also spoke at the meeting, inviting the RHA to participate in the March 3 event and spread the word within the campus community. For this month’s Program Good — the RHA chooses an initiative to focus on each month to encourage members to create hall events for related programs — the RHA is focusing on Terp Thon and children’s health awareness.