Maryland men’s basketball squanders a 13-point halftime lead in its 74-68 loss to No. 6 Michigan State 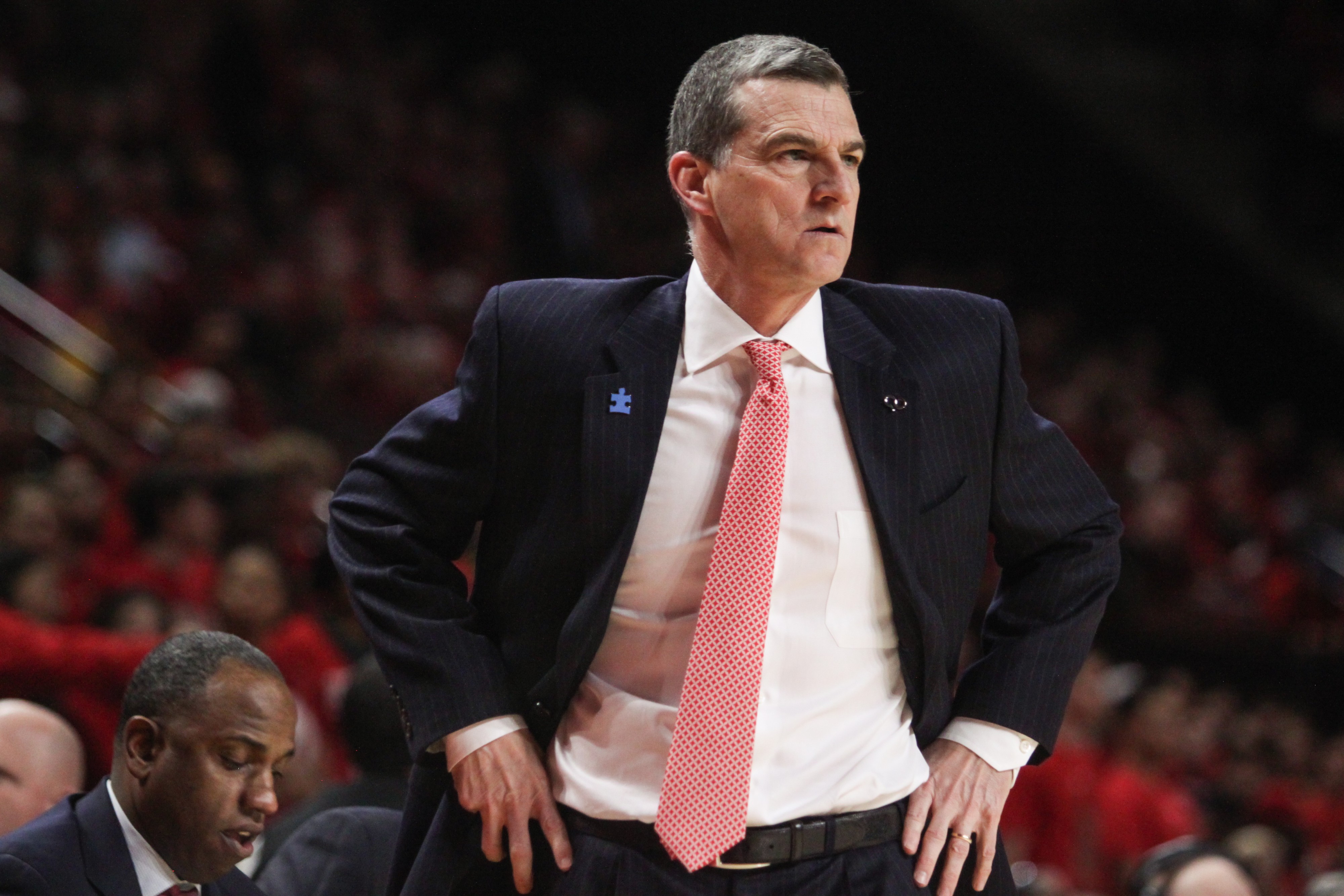 It was a familiar ending for the Maryland men’s basketball team: Coach Mark Turgeon drew up a play for guard Kevin Huerter with the Terps behind in the waning seconds, but guard Anthony Cowan wanted the responsibility of powering a Maryland win.

Trailing Michigan State by four with 42 seconds remaining Sunday, Cowan drove to the hoop instead of passing to Huerter, who was coming off a double screen at the top of the key. Six days earlier, Cowan ignored Turgeon’s call for Huerter and missed the potential game-tying 3-pointer at Indiana on Monday.

It was a similar result Sunday, as forward Jaren Jackson met Cowan at the rim, sending the 6-foot sophomore to the ground as the No. 6 Spartans took control in their 74-68 win at Xfinity Center.

The denial was Michigan State’s seventh block of the game and was just one factor into the Spartans’ 50-31 second-half pounding of the Terps. Maryland has dropped four of its past five games, and its test at No. 3 Purdue on Wednesday is its last chance for a marquee victory in the regular season.

“It seems like we just keep not making the right plays down the stretch,” Huerter said. “That’s why we keep losing close games at the end. We’re making the same mistakes.”

“Go Green. Go White” chants emerged from the upper level of Xfinity Center with about six-and-a-half minutes remaining, drowning out the quiet and anxious Maryland fans as guard Darryl Morsell attempted a pair of free throws. Spartans guard Cassius Winston ran his hand across his neck after nailing a trey about a minute later, signaling his team’s victory was all but clinched.

Still, Maryland (15-8, 4-6 Big Ten) cut the Spartans’ (20-3, 8-2) lead to two with 1:44 remaining after guard Jared Nickens grabbed his own rebound and finished a layup. Winston sunk a pair of free throws on the next possession before Cowan (12 points, nine assists) failed to serve as the Terps’ hero for the second consecutive game.

“We weren’t as locked in,” Nickens said. “We stopped guarding, and we stopped rebounding and let it affect our offense.”

As it had in its 91-61 loss at Michigan State on Jan. 4, Maryland jumped out to a strong start Sunday. It held a 13-point lead at halftime, shooting 50 percent while the Spartans converted on just 27.3 percent of their attempts.

Maryland students chanted “overrated” at Michigan State during one stretch. Huerter said the Terps got ahead of themselves at halftime.

The Spartans took control in the second half by dominating the paint, shooting 53.3 percent and committing two turnovers. Jackson scored six of Michigan State’s first seven points out of intermission, and the Spartans gained their first lead with 15:23 remaining.

Guard Joshua Langford scored a game-high 19 points while Winston scored all of his 13 points in the second half. Huerter led the Terps with 17 points, but Maryland struggled creating open looks, shooting 34.6 percent in the second half against the Spartans, who entered Sunday holding foes to the lowest field goal percentage in the country (35.3 percent). Michigan State also controlled the glass, out-rebounding Maryland, 46-29.

“They had 19 offensive rebounds,” Turgeon said. “That’s the game. It’s key number one on our scouting report, and we talk about it every time. We just didn’t do it.”

So, as in its past two road games, Maryland collapsed down the stretch in one of its best opportunities to bolster its NCAA tournament resume this season.

“I’ve had teams in situations like this that just got it done,” Turgeon said. “If I can just get us where I want to get us, we’ll have a chance.”