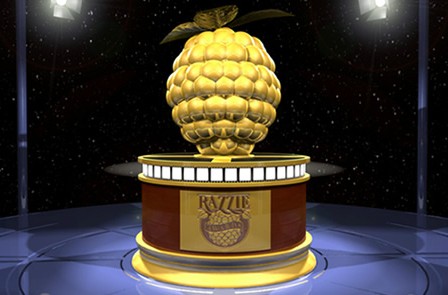 On Tuesday morning, the Academy of Motion Picture Arts and Sciences announced the nominations for the 2018 Oscar Awards honoring the very best in cinema. While the Oscars will air March 4, one day prior, the Golden Raspberry Awards will celebrate the worst films of the year.

The Golden Raspberry Awards, also known as the “Razzies,” call out the most atrocious, hardest-to-watch movies every year, and “reward” them. Past winners include Sylvester Stallone — for a number of films — and Adam Sandler’s Jack and Jill.

This year, the Razzies seem as harsh as ever. Transformers: The Last Knight leads the race with nine nominations, while Fifty Shades Darker picked up eight and The Mummy received seven. All three of those movies found themselves nominated in the Worst Remake, Rip-off or Sequel category, along with Boo 2! A Madea Halloween and Baywatch.

Perhaps the most famous terrible movie of the year was The Emoji Movie. The animated film received four nominations, including Worst Director, Worst Screenplay and Worst Picture. Seeing as how the film couldn’t really be nominated for any acting, and it’s not a sequel, The Emoji Movie is likely to win every category in which it is eligible.

Among the Razzie 2018 nominees, there were eight Oscar winners and four Oscar nominees from years past. Jennifer Lawrence is among the winners, nominated for her performance in Mother! The film garnered three Razzie nominations, with Lawrence and Bardem (both Oscar winners) and director Darren Aronofsky (an Oscar nominee) receiving nods.

The ceremony will take place on March 3. Rarely do actors attend the Razzies to pick up their awards.