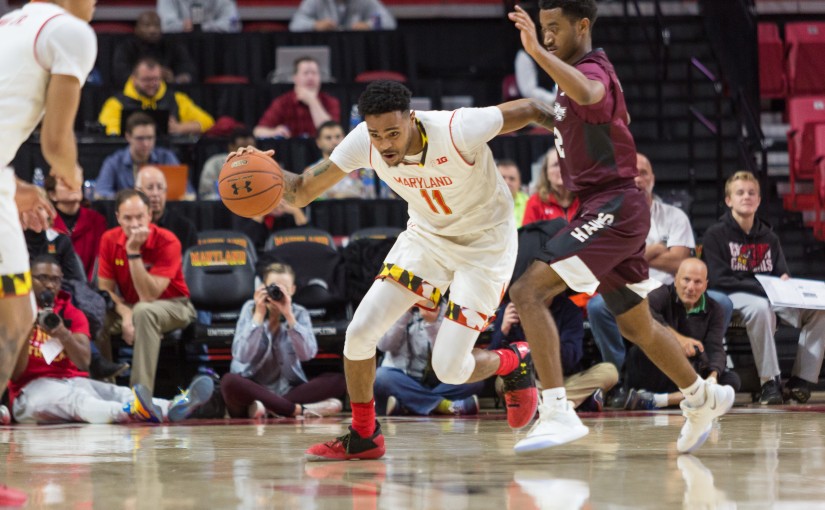 Maryland really needed that one. On Monday night, Maryland was looking to looking to get its first win at Assembly Hall as a member of the Big Ten. A road win in Bloomington would have meant the Terps earned a win in every arena as a member of the conference and more importantly it would have given them a really solid road win for their tournament resume. But they lost, 71-68.

Several aspects of that game were frustrating. Let’s run through them.

When Melo Trimble was here, Maryland was constantly able to squeak out wins, thanks in part to Trimble’s composure and coolness toward the end of games. Maryland was an impressive 21-7 during the Trimble era in close games like this, and now it’s hard to think Maryland doesn’t miss his ability to help close out tight games like this. It’s also not exactly inspiring for Maryland that the two close games the Terps won this year was one game where they had to come back from a 15-point deficit against a mid-major and the other where they needed overtime after leading by 22 points.

Maryland committed a turnover on a quarter of its possessions

According to Kenpom, Maryland committed a turnover on 25.2 percent of its possessions in Bloomington. It was the highest the Terps’ turnover percentage has been since Dec. 3, when they blew a 22-point lead against Illinois before eventually winning in overtime. When Maryland loses by just one possession, it’s hard not to bemoan the fact that a quarter of those possessions ended without the Terps getting a shot up.

Maryland actually did a good job defending the three

From the Michigan State game on Jan. 4 to the Michigan game on Jan. 15, Maryland allowed its opponents to make 52.9 percent of their threes. You don’t need to be John Wooden to realize that’s pretty bad. But Maryland had gotten out of that slump. They held Minnesota to a much more manageable 35.3 percent on threes Thursday night, and held Indiana to 6-for-18 on threes, or 33.3 percent. Maryland avoided getting torched from deep and they still couldn’t pull out a win.

Jared Nickens broke out of his funk in a losing effort

From the Penn State game to the Minnesota game, Nickens was colder than a penguin in Antarctica, as he was making just 15 percent of his threes. Then in Bloomington, he found his shooting stroke. He was 4-for-7 on threes, including a big one to pull Maryland within one point. However, it was all in vain as the Terps lost.

Unless Maryland can pull off one of the biggest upsets in college basketball this season by beating Purdue in Mackey Arena, their tournament resume is going to have zero quality road wins. So not only was this loss frustrating in a vacuum, it might have been the game that relegates them to the NIT.