Maryland men’s basketball vs. Indiana: Game time, how to watch and what to watch for 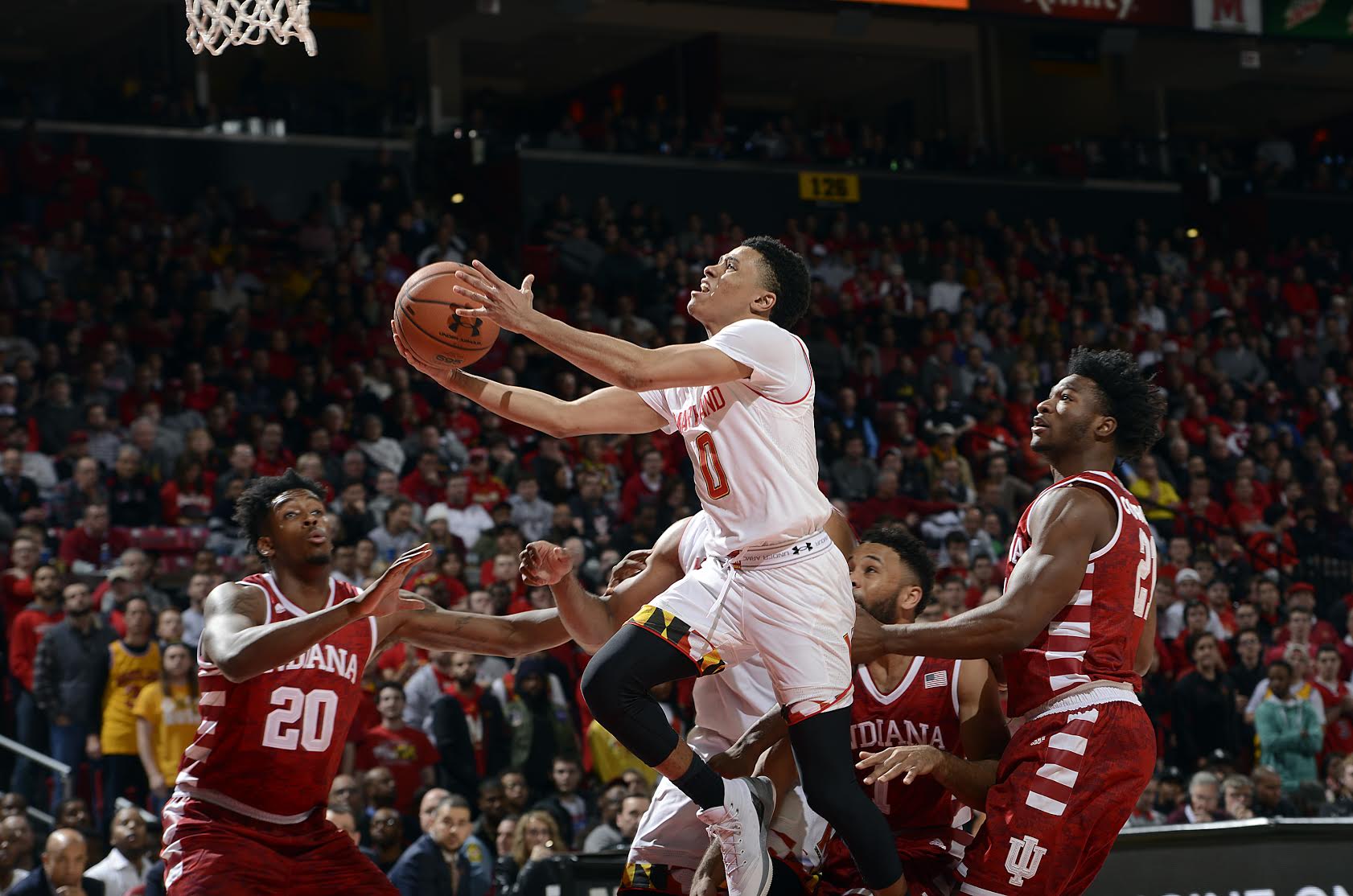 What to watch for Maryland: Getting the monkey off their back

There are 13 arenas in the Big Ten besides the Xfinity Center. In the Terps’ four seasons in the Big Ten, they have won in 12 of them. The one location where Maryland has yet to come out on top is Indiana’s Assembly Hall. Mark Turgeon’s squad lost 80-62 there in the 2015-16 season and 89-70 there during the 2014-15 season.

Guess who they’re playing on the road on Monday… pic.twitter.com/411gaH23j2

So not only have the Terps failed to win in Bloomington as a Big Ten member, their losses haven’t even been close games. On Monday night, Maryland has a chance to say it’s won in every Big Ten arena as a member of the conference. Or, it can fall to 0-3 in that arena.

What to watch for Indiana: Underwhelming three-point shooting

Indiana is 2-1 in its last three games, but it’s not because the team has been on fire when it comes to shooting threes. The Hoosiers have shot 28.9 percent from deep during that span, a rate that doesn’t exactly strike fear into the hearts of opponents. They’ve averaged 25.3 attempts over their last three games, making only 7.3 of them.

Despite holding Minnesota to a pretty solid 35.3 percent clip on threes, Maryland still has the worst perimeter defense in Big Ten play, allowing opponents to make 45.3 percent of their attempts from beyond the arc. So it would appear to be a good sign for the Terps that their opponent comes into their game pretty cold when they’re shooting threes.