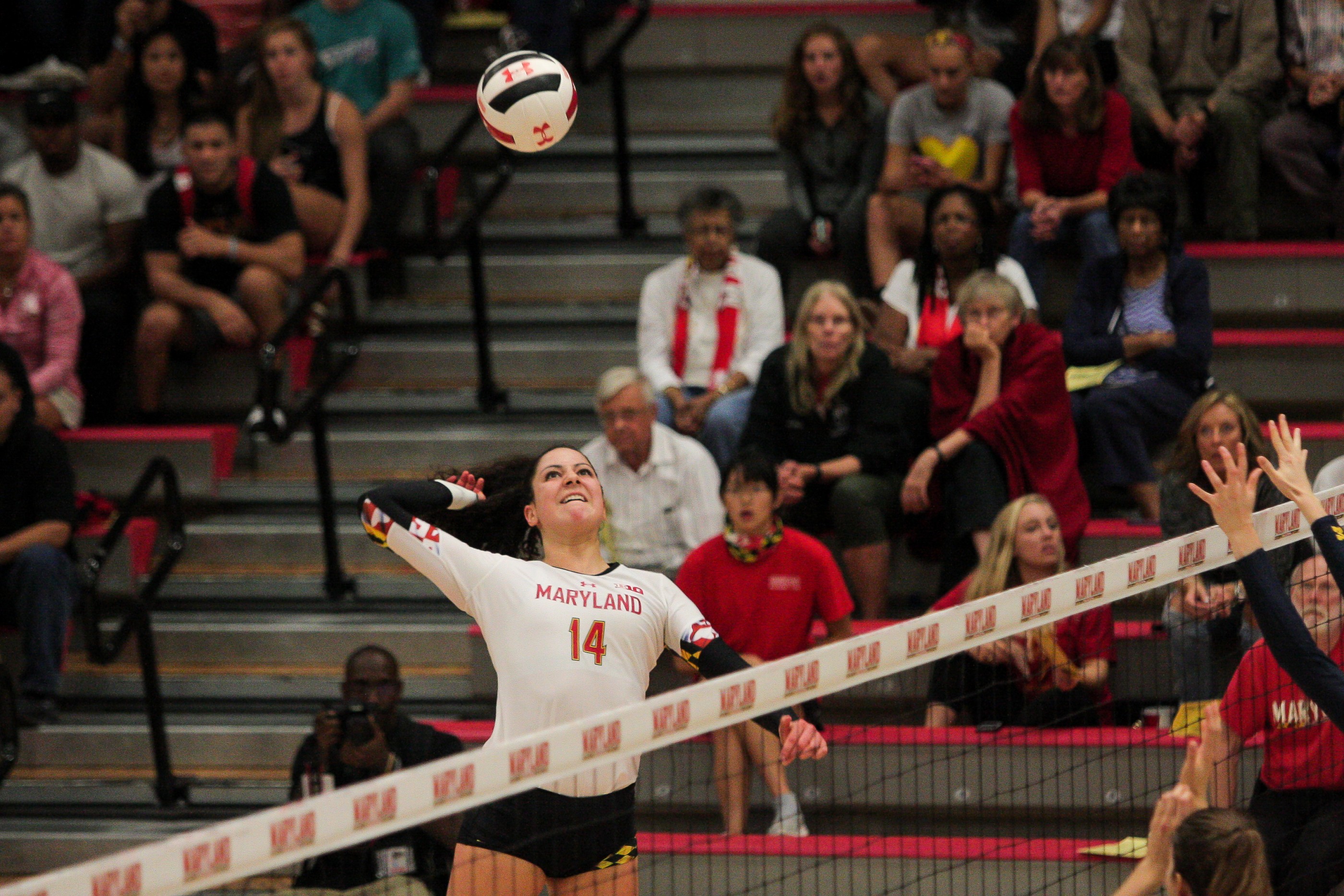 Maryland volleyball outside hitter Gia Milana is poised to transfer to Baylor after making an official visit to the Waco, Texas campus last weekend, a Baylor team spokesman said.

Milana was the No. 15-ranked recruit in the Class of 2016. She led the team in kills in her first two seasons at Maryland, bringing the team to the brink of its first NCAA tournament since 2005 and instilling optimism to the rebuilding program under former coach Steve Aird, who left the Terps to accept the head coaching job at Indiana last month.

“Gia never had any intentions of leaving and wanted to be a part of making coach Steve’s vision a reality,” Milana’s mother, Gina, said in a statement. “She bought into the dream of building a program and winning a national championship. Steve leaving was devastating to her. Maryland wasn’t the perfect fit for Gia but she went there because of Steve. Now that he’s gone, she has the opportunity to go to a school that’s a perfect fit.”

Milana made the Big Ten All-Freshman team in 2016. She was the first Under Armour First Team All-American to commit to the Terps and headlined Maryland’s first-ever ranked recruiting class. The Romeo, Michigan, native said she came to College Park largely because of Aird and his vision for the program, influences that also swayed other highly touted players to an otherwise unnoteworthy volleyball program.

In 2017, Aird secured the first top-10 ranked recruiting class in Maryland program history, surrounding Milana with a pair of top-30 recruits, pin hitters Erika Pritchard and Samantha Drechsel. The infusion of talent led to a more balanced attack and a slight dip in Milana’s production from her rookie campaign, but the 6-foot-2 sophomore still had 173 more kill attempts than Pritchard, the next closest Terp.

A tweet from Milana’s mother linked Milana to the Bears, and the team spokesman said it’s a matter of when, not if Milana signs with Baylor following her official visit over the weekend.

Baylor finished the 2017 season ranked No. 21, going 24-7 and losing to Colorado in the second round of the NCAA tournament.

Milana’s departure leaves the team with a dearth of players on the wing. Without Milana, Maryland has four total opposite and outside hitters and no incoming recruits at either position, which may force a new head coach to opt for transfer players to bolster the squad.

Senior Liz Twilley, who was second in kills in 2016 but only played nine sets in 2017 due to the addition of freshman talent, could see a steep increase in playing time alongside mainstays Pritchard, Drechsel and opposite hitter Angel Gaskin.

When Aird left the program, he said “time will tell” if there would be any fallout with Maryland players, recruits and coaches following his decision to join the Hoosiers. Milana appears to be its first — and potentially biggest — loss.

“She has learned so much at Maryland and treasures the people she has met and the friends she will keep forever,” Milana’s mom wrote. “She’s very excited to see where this next chapter takes her.”