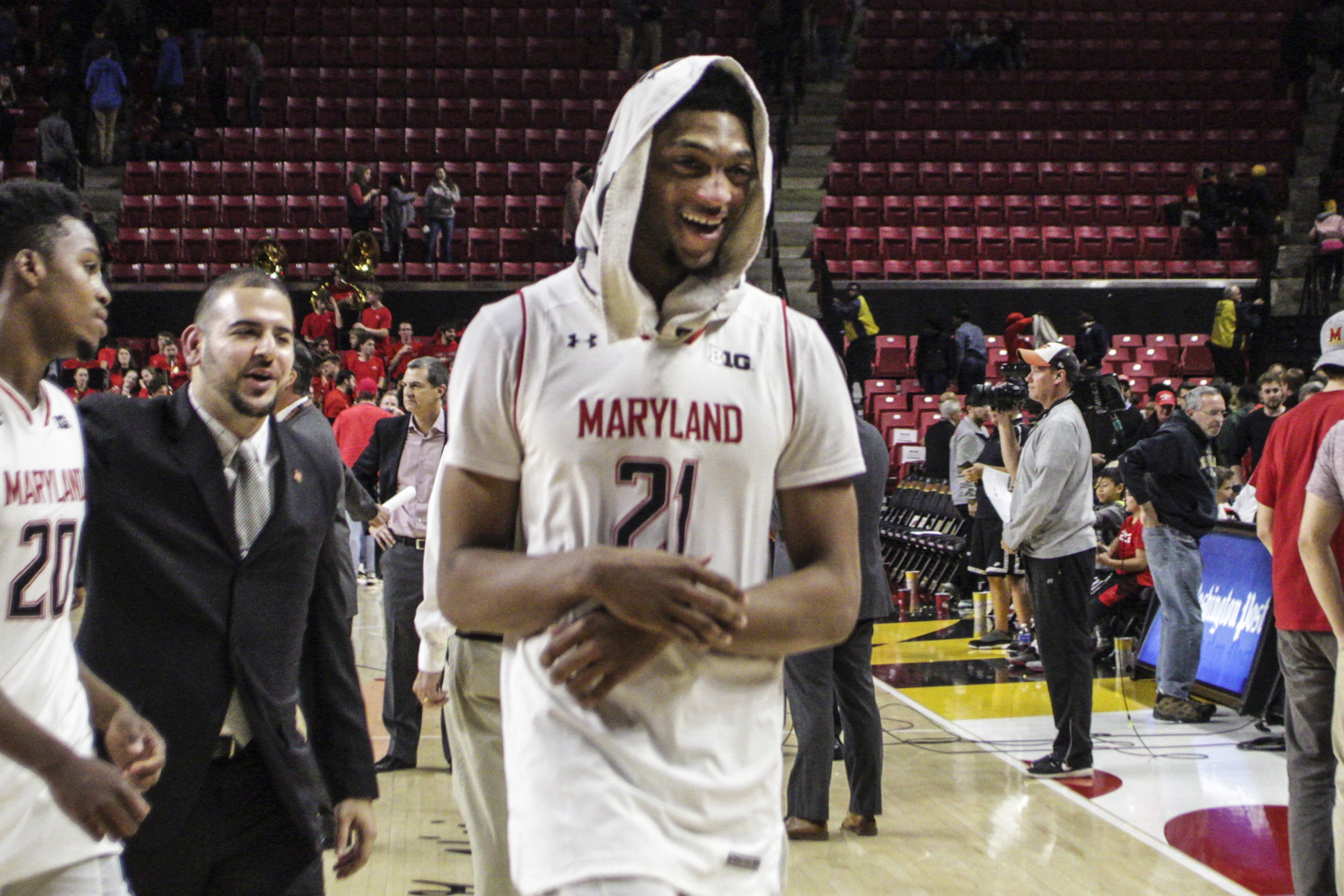 Maryland men’s basketball forward Justin Jackson will undergo surgery and miss the remainder of the season due to a torn labrum, coach Mark Turgeon said Thursday.

Turgeon said Jackson dealt with labrum issues in his right shoulder before coming to Maryland and he reaggravated the injury this year.

“He feels like he’s letting his teammates down,” Turgeon said. “That’s why he fought so hard to continue … You feel for him because it’s the best time of his life … To get that taken away from him is tough.”

Turgeon said his team’s offense will change since much of its sets revolved around Jackson, who seemed poised for a breakout year after averaging 10.5 points and a team-high six rebounds last season.

ESPN college basketball analyst Joe Lunardi placed Maryland, which resumes Big Ten play Tuesday, as one of the first four teams out of the NCAA tournament in his latest projections. Maryland’s hopes of making its fourth straight NCAA tournament, however, diminished with Jackson’s injury.

“The timing makes it a little more difficult,” Turgeon said. “It hurts us in a lot of ways.”

Multiple publications projected Jackson to be a first-round selection in the 2018 NBA Draft after he participated in the NBA Draft Combine last summer. The sophomore underperformed this season, though, his scoring dipping to 9.8 points per game and shooting 25 percent from beyond the arc. Turgeon said much of those shooting woes were due to the injury.

But the main areas the Terps will have to replace Jackson’s production are on defense and in rebounding. Jackson averaged a team-high 8.1 rebounds per game, and he could guard almost any player on the court with his 6-foot-7, 225-pound frame and 7-foot-3 wingspan. Fernando averages the second-most rebounds on the squad with 5.8. Turgeon said Morsell and guard Kevin Huerter could now guard power forwards.

Jackson sat out Maryland’s past three games, but the Terps didn’t decide to have the Ontario native undergo surgery until they received a second medical opinion before Christmas.

Maryland has struggled with key injuries each of the last three seasons. Cekovsky fractured his ankle in February and former guard Melo Trimble dealt with a nagging hamstring injury during the 2015-2016 season. The Terps struggled without Cekovsky last year, losing five of their final seven games.

Jackson played a key role in Maryland finishing third in the Big Ten last season, but Turgeon’s squad is now forced to adapt without its athletic swingman.

“He’s got a lot ahead of him to rehab,” Turgeon said, “and get back to where he was.”