UMD’s comp sci classes are getting more open seats, thanks to one student’s petition 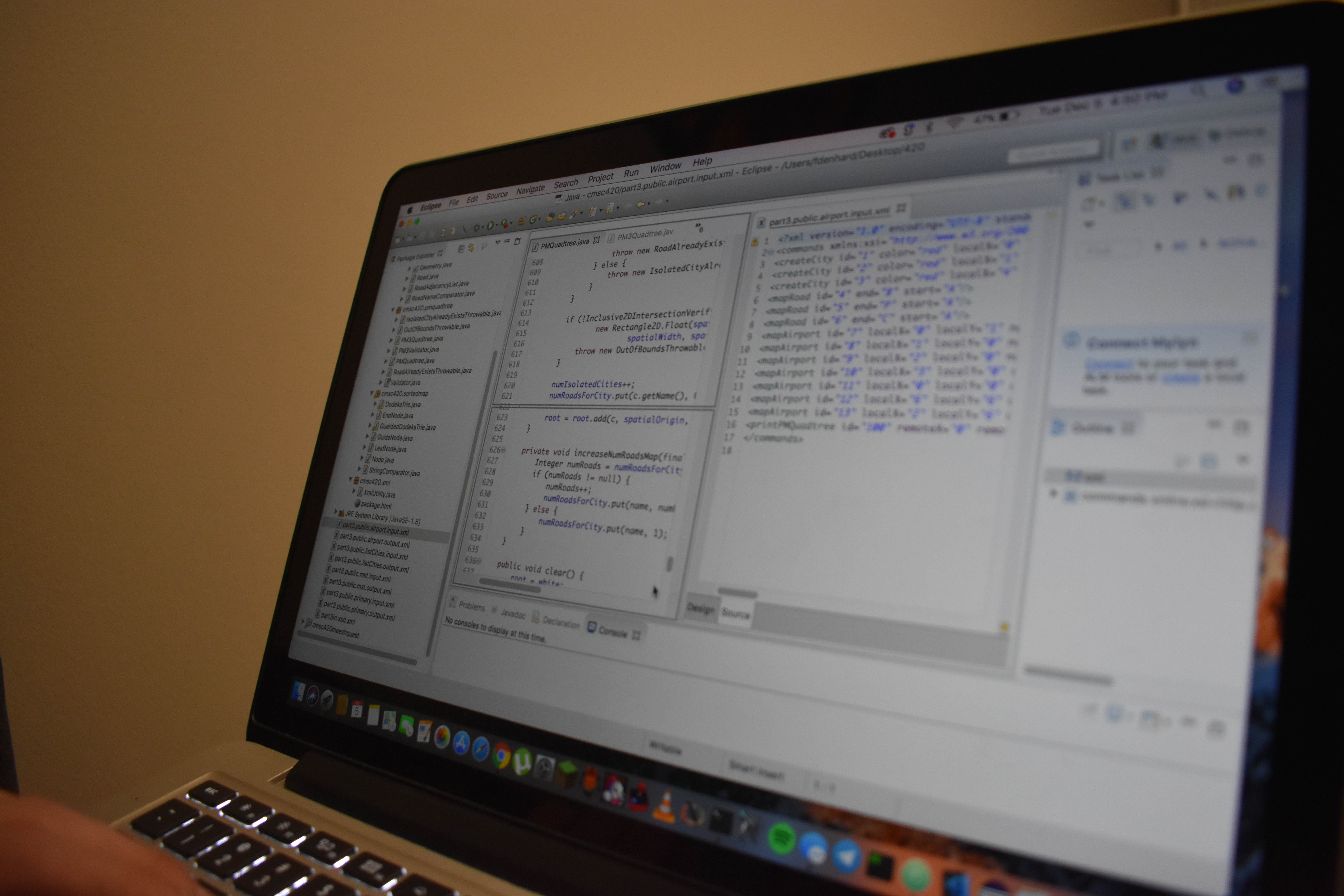 “Only seven days after spring registration began, not only could I not grab one of the two classes I needed for my last semester, but the waitlist for that class was really long,” Anhalzer said. “I talked to other people in the major and everyone has been dealing with the same thing.”

His solution: to make a petition, which has garnered more than 1,000 signatures in about three weeks.

“At the time of writing this letter, only a few of the upper level (400s) courses are open for registration,” the petition reads. “Of the classes which are full, many have long waitlists which are close to surpassing the capacity of the class itself […] Due to the lack of classes offered, the lack of professors, and the lack of sections, students who have pursued specific tracks within the major (e.g. Data Science, Cybersecurity) have been told by their academic advisors to drop their specializations – which in and of itself is bizarre and unprofessional.”

The petition calls for changes to be made within the department, such as online classes, increased class sizes, the hiring of more professors and increased funding for the program.

A screenshot attached to the petition, also located on umdcspetition.us, showed one computer science course — CMSC420: Data Structures — with more than 60 people per waitlist for each of its three sections.

Since then, department administrators have made some changes, but there are still courses, such as CMSC456: Cryptology and CMSC435: Software Engineering, with more than 20 people on the waitlists.

The college’s Undergraduate Academic Programs Associate Dean Robert Infantino said in an email the department has added more than 750 seats to accommodate student needs. Seats were added in five different classes and four new sections for classes were created — including a completely new class, Sussman said. Some of the classes had to be moved out of their original locations to bigger classrooms.

“The petition pushed us to actually do things sooner than otherwise,” Sussman said. “There were some errors in communication between our office and the scheduling office on sizes of some classes, which I didn’t realize until after I looked at the petition and then investigated why there was a bigger issue than normal.”

Infantino cited a “lag time” in hiring the appropriate amount of instructors.

“Student demand is a happy problem to have, and our challenges in [computer science] are not unique — this is a growth area in undergraduate programs across the country,” Infantino wrote. “It [is] difficult to hire faculty, and it has a lag time.

Students in the major are also upset because they pay differential tuition, which is $1,400 per semester for at most four semesters for certain undergraduate students with more than 60 credits. The students feel these problems shouldn’t be an issue due to the increased tuition price, according to the petition.

“We are trying hard to hire more faculty and instructors and also change our educational model so we can better accommodate classes to make them larger than they have been previously,” Davis said. “We really are invested in the students and want them to succeed in the right amount of time, and we will work to try and minimize the extent of these problems in future semesters.”

Students who are graduating in May and cannot get into the classes they need can go to the advising office and ask for an exemption — meaning they can substitute a different class than what is normally required to fulfill a specific requirement they need to graduate, Davis said.

Davis said next semester there are some classes with more than 150 students, which the department has never had before. The average class size of an undergraduate computer science class has risen from 48 students in fall 2010 to 96 students currently, according to the office.

“If I want to graduate on time, I need to take three computer science classes next semester, but I might not be able to get into what I need,” Silverman, who plans to graduate in May, said. “There’s a lot going on within the department that I think needs to be addressed and the faculty really needs to increase in size.”

The struggle for students, Silverman said, is mainly in getting into upper level classes. This is because “at the upper level, students take five 400 level courses from at least three different areas with no more than two courses in a given area,” according to the department’s website.

There are five areas in total. Therefore, if a student has already taken their allotted two courses in an area, they have to look elsewhere to fulfill the upper level requirements, which limits students, Silverman said. Students in the major are also limited to taking two computer science courses per semester unless they get special permission from the department.

There are currently about 51 tenured track faculty and 11 full time instructors, Sussman said, but there are a few who aren’t currently teaching classes, since they’re on leave, on sabbatical or are serving as department administrators.

Since the last academic year, four tenured or tenure track faculty members have left the university and one full-time lecturer retired. However, two full-time professors, six assistant professors and three instructors have started since last spring. Two more full-time professors will start teaching courses in January and the department is looking to hire at least five faculty members this spring to start teaching next fall, Sussman said.

“I wasn’t surprised that there were students who were upset because we have been dealing with increased enrollments for years and scrambling from semester to semester to accommodate students,” Sussman said. “This has been difficult and now it’s getting worse because the number of students is increasing way faster than we can increase faculty sizes.”

At least one more section of a class will be added, Sussman said. The department is working with university administration to increase funding and find permanent solutions to this issue. Currently, there are no discussions of making the computer science major a limited enrollment program — a solution the petition suggests.

“The end goal of this petition is that this should not happen again,” Anhalzer said. “They can give us all the rooms and buildings in the world but if we don’t have enough teachers they can’t solve this problem.”