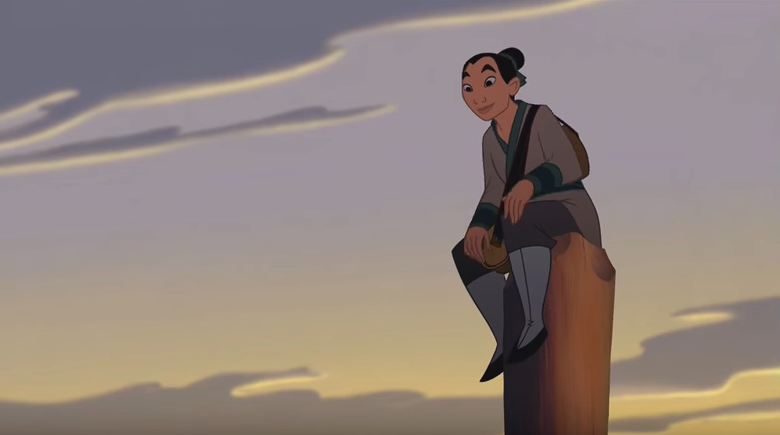 Fans of Disney’s Mulan rejoiced at the recent news that Chinese actress Liu Yifei has been cast to play the movie’s protagonist. After thousands of people petitioned online, an Asian actress was finally chosen to play the role of an Asian heroine. Considering Hollywood’s long history of whitewashing, it’s no wonder why so many people were passionate about the casting choices for this iconic movie.

Mulan is one of the few original Disney princesses who fought for her family and the ideals she believed in. She is a strong lead character who didn’t wait for her prince to save the day, but rather grabbed the reins herself and got the job done.

So it is fitting that in the live-action remake, a Chinese actress gets to play the role of the Chinese heroine. Although the importance of hiring actors who culturally fit their role is easy to understand, many Hollywood directors still fail to grasp the idea.

Mr. Yunioshi was heavily caricatured; the caucasian actor Mickey Rooney was dressed up to look like a ridiculous, buck-toothed walking stereotype. The 1963 version of Cleopatra cast Elizabeth Taylor to play the Egyptian queen. In the 1965 version of Othello, actor Laurence Olivier played the Moor of Venice in blackface.

And ridiculous casting choices aren’t just a thing of the past. In the 2015 movie Aloha, actress Emma Stone played a character of Chinese and Hawaiian descent. Benedict Cumberbatch was cast to play the Indian Star Trek character, Khan Noonien Singh. Scarlett Johansson was criticized for playing a lead role that was originally Japanese, based off the anime Ghost in the Shell. These are just a couple of examples, but the list goes on and on.

Nancy Wang Yuen, sociologist and author of Reel Inequality: Hollywood Actors and Racism, revealed that a casting director once told her that Asian actors are challenging because “they’re not very expressive” and are “very shut down in their emotions.”

The opinion of this unnamed casting director sums up exactly what is wrong with modern-day Hollywood. People need to start understanding that opening up roles to people of color — especially for characters written to be a certain race or ethnicity — will only improve the quality of our entertainment. It’s time that we stop seeing and hearing stories from just the white perspective.

So, while casting Liu Yifei is a step in the right direction toward a more inclusive Hollywood, it is clear that the fight against whitewashing still has a long way to go.

Directors and producers must start thinking about the messages their decisions convey to the general public. When a white actor plays the role of a character who is not white, Hollywood is diminishing the authenticity of the movie or TV show. Whitewashing sends the message that a white actor can do a better job playing a Chinese, Egyptian or Indian role than an actual Chinese, Egyptian or Indian actor can.