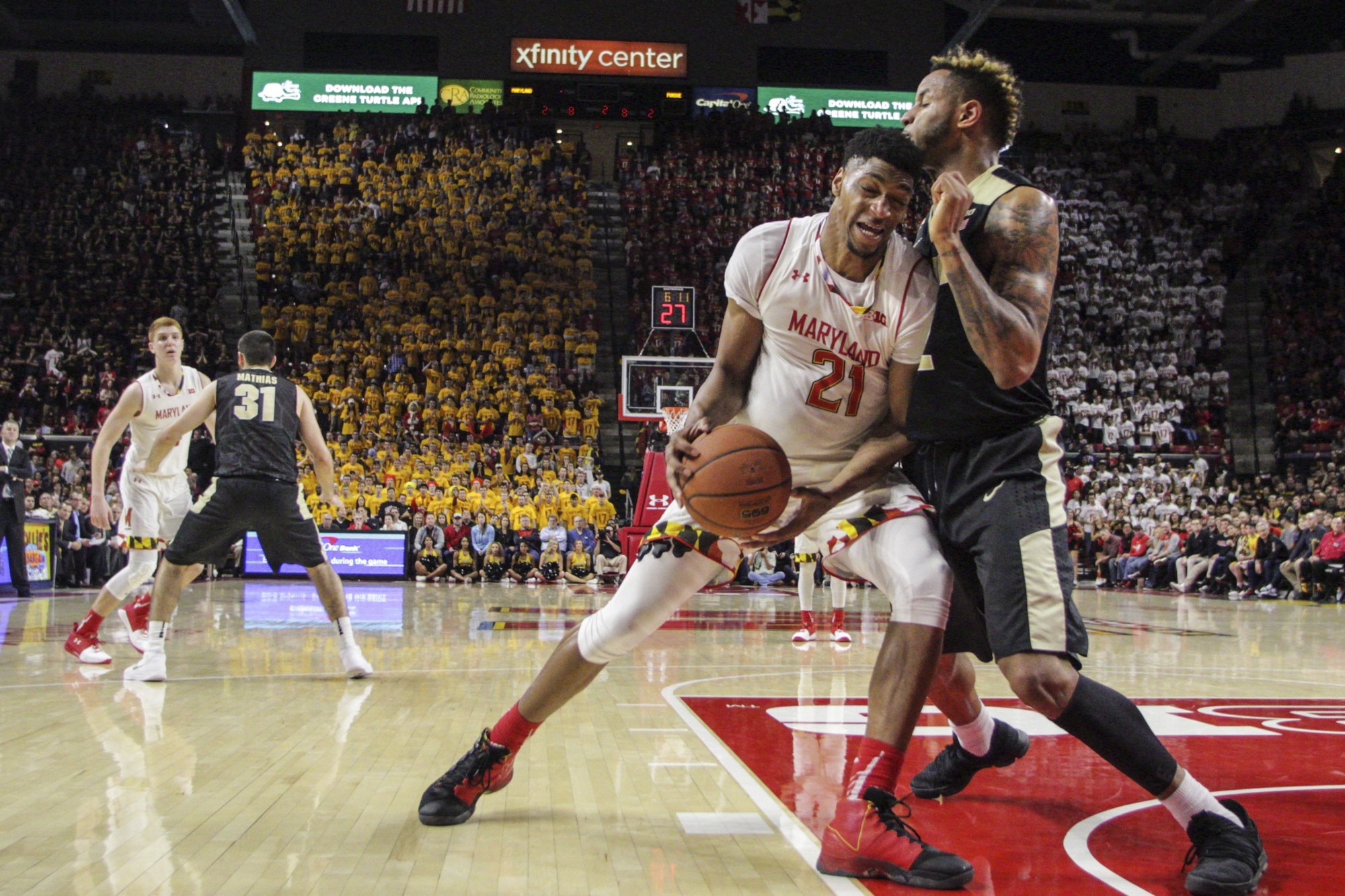 Justin Jackson kicked off the start of Big Ten play with a rough game, going 1-for-8 from the field, registering just five points when Maryland lost to Purdue on Friday night.

Against Illinois on Sunday, Jackson came into Champaign and made sure that game was nothing more than a distant memory. Jackson went 8-for-13 in Maryland’s ridiculous win, finishing the game with 20 points.

What stood about Jackson’s performance is how he found a variety of ways to get his points. Let’s go to the film.

Sometimes all you need to do to score is catch the defense napping. Jackson started his 20-point game with a simple cut towards the basket. Huerter found him and the sophomore slammed it home. It was good court awareness by Jackson to find an opening and take advantage for an easy two points.

Jackson added to his point total by backing down his defender, getting him to bite on the pump fake and then finishing off the glass with his left hand. Jackson was able to win a one-on-one battle with his defender, which is always good to see.

Jackson’s wingspan has been measured to be seven feet, three inches. It turns out that is particularly helpful when you need to shoot over your defender, which is exactly what he did on this basket from midrange.

Jackson finished this shot despite being fouled. With Michal Cekovsky standing on the three-point line, there was space inside for Jackson to finish without a big man getting in his way, and that is exactly what he did. Given that Maryland won by exactly one point, being able to earn an and-one on this possession wound up being pretty important.

Jackson’s final field goal of the night showed his ability to create space between him and his defender. He was able to generate an easy open shot by sending his defender backpedaling after the Canadian stopped on a dime.

If Justin Jackson can have more games like this and less games like Purdue, Maryland will surely be punching a ticket to its fourth straight NCAA Tournament.