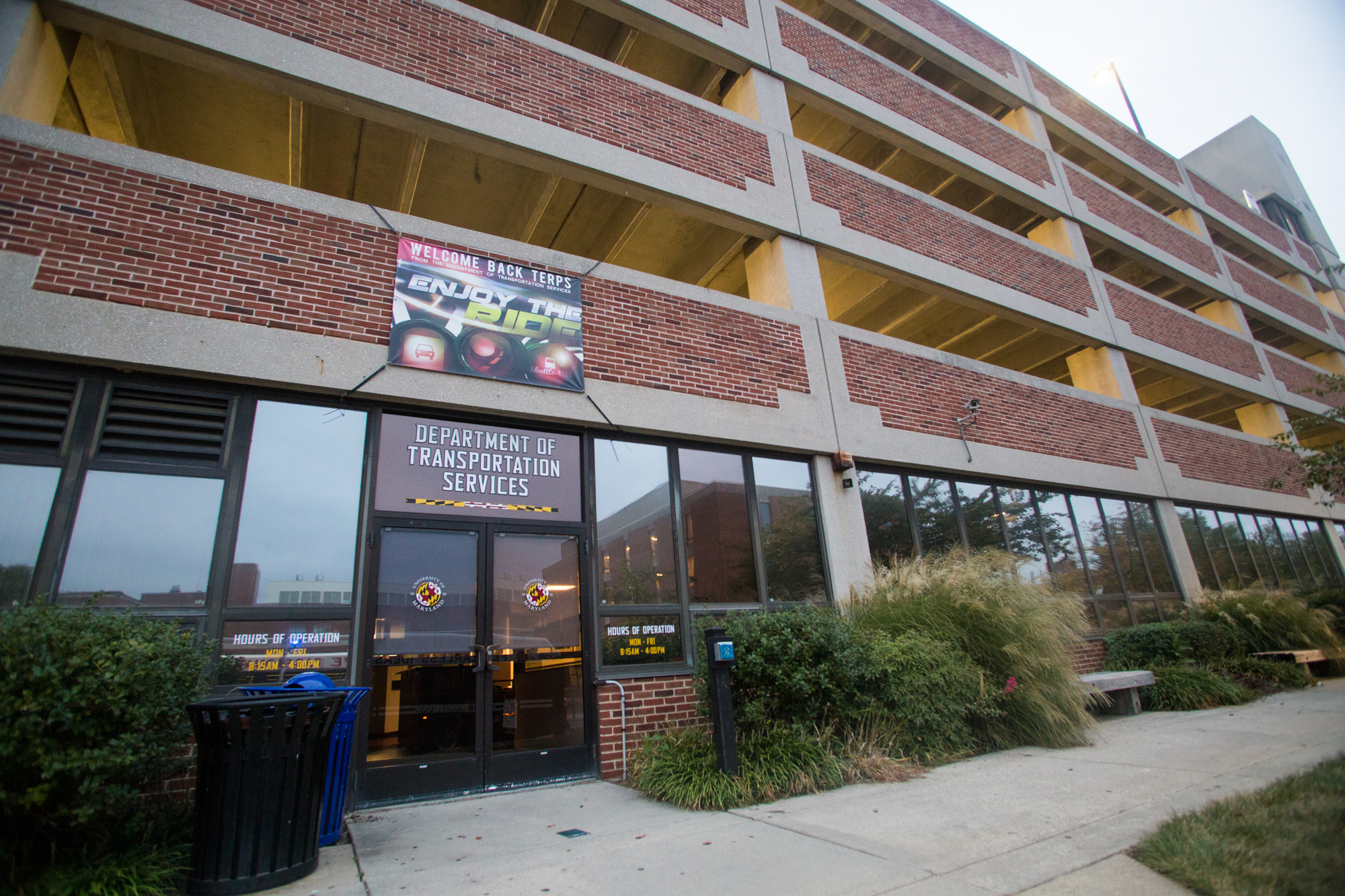 Demonstrators held banners calling for better wages and lower parking fees while chanting “the people united will never be defeated” to a crowd of busy eaters.

“We decided to have this event to raise awareness around the union for students and also bring interested student activists to the table when we’re talking about these issues with administration,” said Patrick Fox, a student organizer with the American Federation of State, County and Municipal Employees 1072 union.

About 30 people participated in the brief rally, including members of AFSCME 1072 and Students and Workers United at UMD, a coalition of students and workers from the union.

At a recent open forum, this university’s Department of Transportation Services proposed a $14 increase of the annual fee for full-time undergraduate and graduate students and a $7 increase for part-time students for the 2018-19 academic year to increase Shuttle-UM bus drivers’ salaries.

Fox said the proposal pits students and workers against each other by asking students to fund a service this university should be providing.

“[This university] should just be paying [its] workers the correct amount,” the sophomore aerospace engineering major said. “There’s this kind of antagonistic relationship this university is setting up between workers and students and we wanna fight that and recognize that students and workers have shared interest in a lot of these issues like parking, accessibility, wages.”

Chris Bangert-Drowns, a senior economic major and student organizer with AFSCME, said he joined the group after meeting some of its members when he was a student dining services employee.

“I met folks in the union and realized that students, particularly student employees, have more in common than not with workers. And I thought it was important we work with them as we renegotiate the new contract.”

Amid contract negotiations, AFSCME 1072 has demanded an elimination of parking fees, sanctuary campus status for this university, increased protection for LGBTQ employees, improved access to public transportation, health care leave and higher wages for all workers.

“What went into drafting [the list of demands] was that fact that employees themselves have several overlapping concerns that students share,” said Todd Holden, an exempt employee of this university who was at the rally. “For instance, issues regarding immigration and LGBTQ rights, issues regarding transportation equity, ADA accessibility and many of the social issues that students are concerned about in today’s climate are ones that employees of the university are equally concerned with.”

This university’s administration has indicated during negotiations that they want to increase the employee parking fee beyond its current cap of 7 percent annually, Fox said.

About 2,700 parking spaces will be lost by fall 2018 due to campus construction projects, according to DOTS. Employees at this university pay between $427 and $853 in yearly parking fees, depending on their salaries.

“We are really welcoming of all the involvement that the students have started to demonstrate about what we’re trying to achieve,” Holden said.

CORRECTION: Due to a reporting error, a previous version of this article incorrectly stated Patrick Fox was a member of AFSCME. He is a student organizer working with the union, but is not a member himself. This story has been updated.