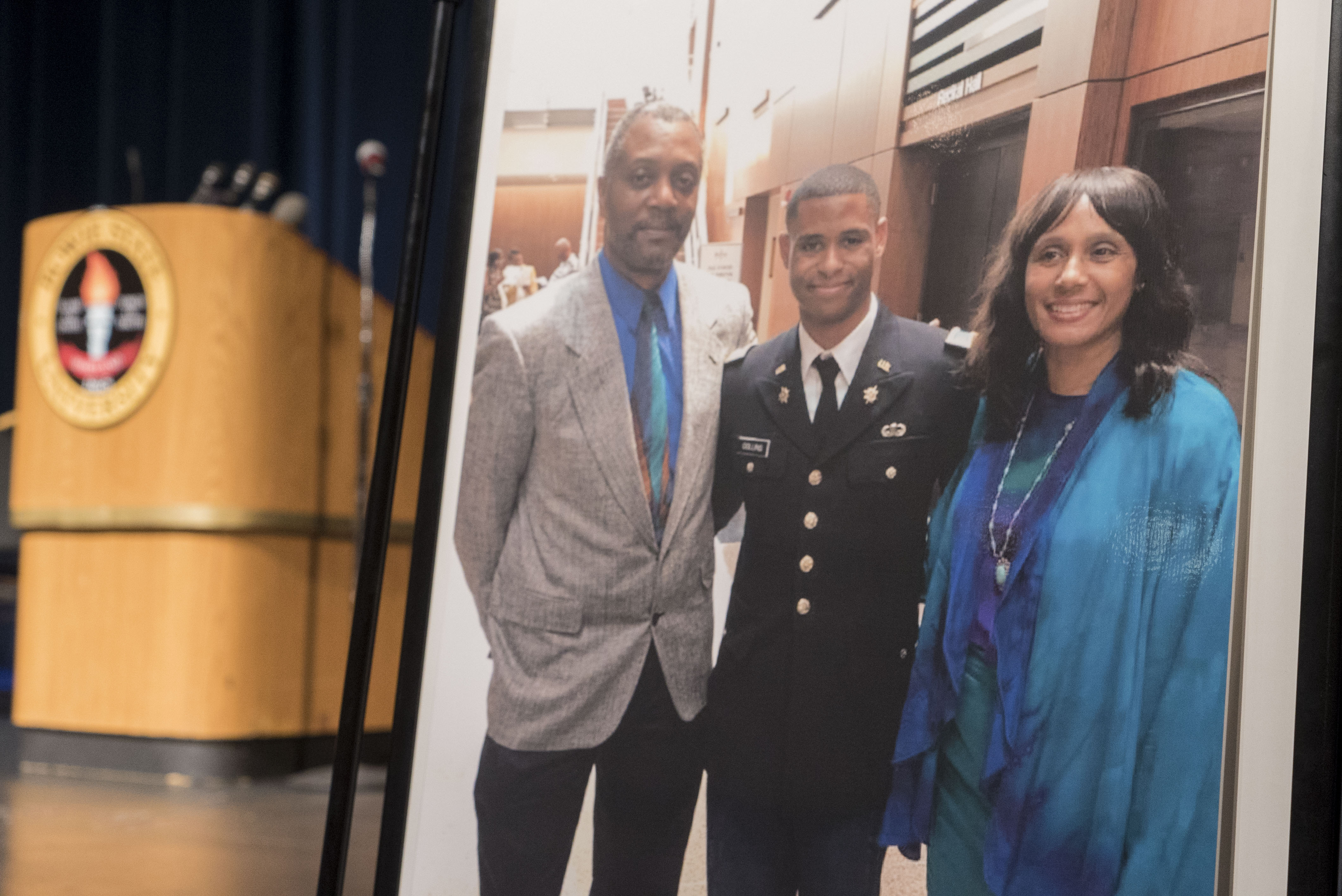 A group of University of Maryland students and alumni are making a documentary to capture how the fatal stabbing of a black Bowie State University student on this campus has affected the community.

Kristian Simon, a senior kinesiology and public health science major, said he came up with the idea for the documentary when he noticed there wasn’t the level of uproar he expected following the death of 2nd Lt. Richard Collins in May. Simon enlisted the help of other members of The Guild, a D.C.-area creative collective that he co-founded, to work on the project.

“It made me kind of question or wonder what was going on, why there was a lack of action in my opinion,” Simon said. “So I thought of the documentary to kind of ask that question and kind of analyze the impact of that incident … on the campus community — specifically the community of minorities — as well as the danger that it posed to the educational institution.”

Police said Collins was waiting for an Uber with friends near the Montgomery Hall bus stop early in the morning on May 20 when Sean Urbanski, who at the time was a student at this university, allegedly stabbed him in the chest. Collins died at Prince George’s Hospital’s Trauma Center later that morning. Urbanski, who is white, has been charged with murder and a hate crime.

[Read more: “A precious part in each of us has died”: UMD community remembers Richard Collins III]

“Even being so innocent and just living life, enjoying the night standing on the bus stop, an innocent black man standing at the bus stop can still be a victim of hate,” Simon said. “Hate finds you.”

Urbanski’s trial is scheduled for mid-January. He faces life in prison without parole, plus 20 years, if convicted on all charges.

The documentary, titled “3 Days & 15 Miles,” stands for how many days from graduation Collins was and about how far he was from his home campus, respectively, on the night of the stabbing, said Breion Goodson, an alumnus of this university working on the project.

The group started filming in September and hopes to wrap up by the end of this year, Simon said. So far, they have interviewed at least 10 people — a mixture of students, staff and faculty at this university.

They also plan to reach out to those at Bowie State who have been affected, as well as administration and officials at this university, including President Wallace Loh and Police Chief David Mitchell, Simon said.

After wrapping up filming, the group plans to spend about three months editing the documentary, which group members expect to run from about 40 minutes to an hour. They aim to release it by May.

The group also plans to hold a showing on the campus, potentially at Hoff Theater, and enter the documentary into film competitions.

The documentary doesn’t aim to pitch a “specific narrative,” but rather cover events and facts that many have overlooked within the area, said Marquise McKine, a student at this university who is part of the documentary team and also the sports photography editor at The Diamondback.

Group members said they have noticed several recurring themes — some of which have been surprising to them — during their interviews.

“A lot of people — specifically minorities, people who have been victimized, marginalized communities … [said] they were impacted greatly by this, but they weren’t shocked,” Simon said. “They weren’t shocked because it’s a progression.”

Interview subjects brought up other incidents that have occurred on the campus during the past few years, including the surfacing of a Jan. 2014 email sent from a then-member of the Kappa Sigma fraternity containing racial slurs and the phrase “fuck consent,” a noose found in the Phi Kappa Tau fraternity house in April, white supremacist posters that were reported throughout the campus during the 2016-17 academic year and anti-immigrant chalkings found outside Stamp Student Union in April.

“Hate is becoming more overt,” Simon said. “Now you’ve got to ask questions because blood is on the campus. Now it’s not just a thought, like, ‘All right — there was a symbol, or there was an email.’ … Somebody died.”

Others have said the university administration has been taking only reactive measures, rather than preventive ones, and have said they want to see more action to remedy the campus climate.

One freshman interviewed said the murder almost deterred them from choosing to attend this university, Goodson said.

It can be difficult for the team members to balance working on the documentary with their personal lives and class schedules, said McKine, who co-founded The Guild. He estimates that he’s spent at least 15 hours per week on it.

But the team members are passionate about this issue and “want this message to be heard,” which drives them to get it done, McKine added.

“There haven’t been too many centralized areas in which people can actually express how they feel and feel as though their voice can make a difference,” the senior criminology and criminal justice major said. “We’re trying to provide people with an outlet to do such a thing.”